Three candidates who have been named finalists for West Hartford 2019 Teacher of the Year were recognized at a reception Tuesday evening just before the formal announcement was made at the Board of Education meeting by Superintendent Tom Moore.

“I love that the candidates announced tonight are from the full background of West Hartford education: primary, technology, and music,” Moore said. “They represent our deeply-held belief in West Hartford that we need to represent the whole child.” 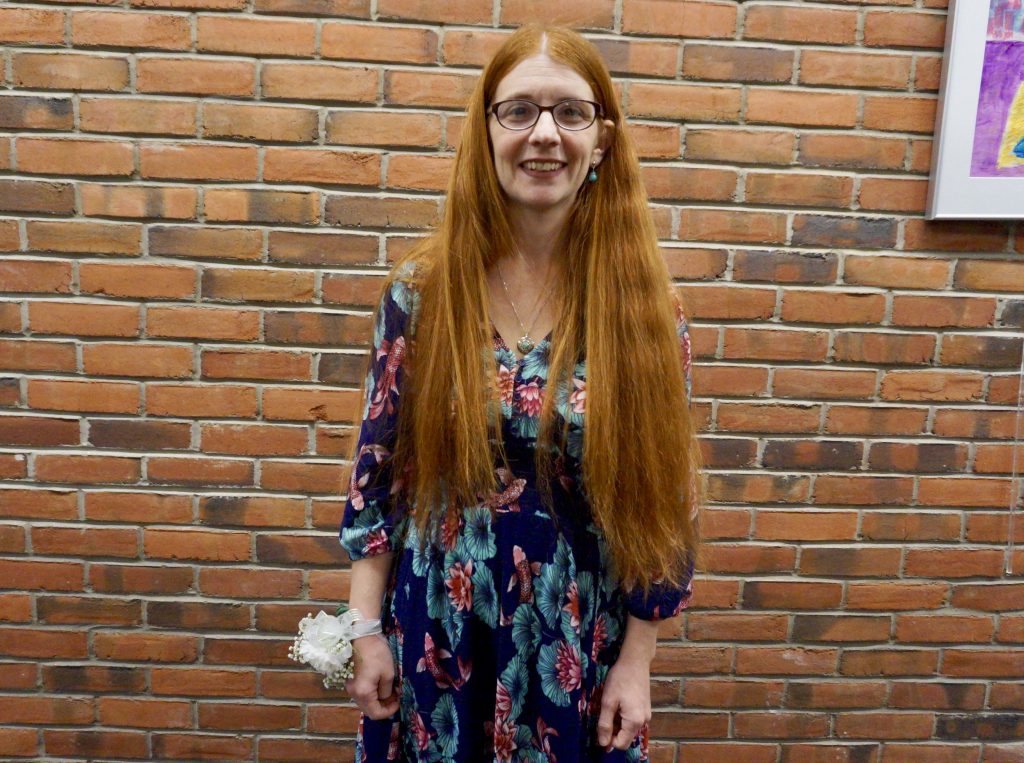 Fay has taught in West Hartford Public Schools since 2014, and said she currently teaches the Suzuki Method to students in Pre-K through third grade at Charter Oak International Academy, and string instrumental music to fourth and fifth graders.

Fay, who lives in Enfield with her husband, Nathan, and their 9-year-old son, has taught privately at the Hartt School Community Division. She enrolled in the ARC (alternative route to certification) program before coming to Charter Oak.

This is Fay’s first nomination for Teacher of the Year, and she credits the success of the Suzuki and strings program for her recognition. “There’s been a lot of excitement with the strings program at Charter Oak,” she said. The program always has a waiting list, and makes a visible difference in the lives of the kids.

“We’re using music to do something greater for the kids. Music makes them better learners, teaches them respect, makes them a better person,” Fay said. “It also give families hope that their kids who might never have a chance to do music get that opportunity.”

Fay feels like she really connects to the community, and approaches every kid with an open mind, and teaches them the way they need to be taught.

In addition to teaching, she is a member of the Springfield Symphony (2007-present), has served as guest clinician at a wide variety of Suzuki workshops and institutes throughout the region, is a member of the Suzuki Association of America and American Federation of Musicians, and is a martial arts teacher and student. 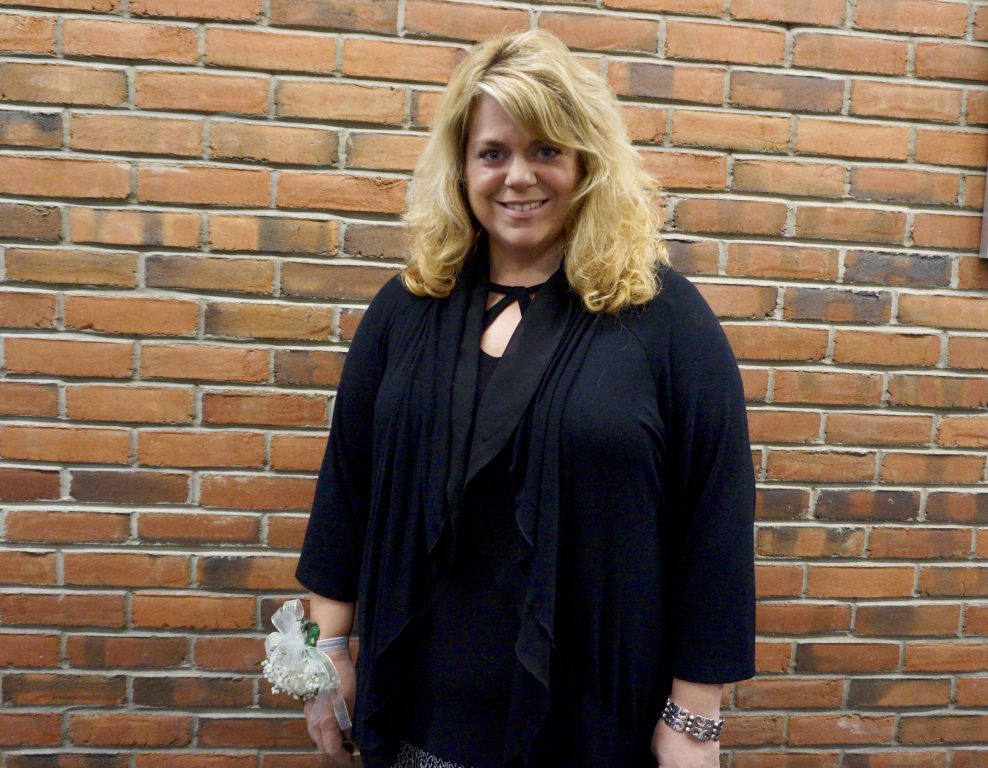 Stanish, a fifth grade teacher at Wolcott Elementary School, is in her 20th year of teaching, and while she has been at Wolcott for her entire career, she has also taught first, second, and third grade.

Stanish started off studying music at the Hartt School, but changed course. “I decided I wanted to do something important, and there’s nothing more important than youth,” she said. She’s from a family of teachers; her mom is a teacher in Southington and her father is also a teacher in West Hartford.

“What I do in the classroom every day, it’s my passion, and it’s also my hobby,” said Stanish. She’s been nominated for Teacher of the Year in the past, but this is the first time she has taken on the rigorous challenge, and said decided to do it not for herself but for her parents, for her own kids, and for the school.

“First and foremost it’s about the students, to see me being honored in that way … it’s always important to take a risk, a definite growth moment,” Stanish said.

She said she thinks she was nominated because “of my focus on the students 100 percent of the time.” Her passion, commitment, creativity, and use of her musical background help her relate to the children, and their families. “I pour my heart into it every day.”

Stanish has graduated from the West Hartford Public School’s Leadership Academy, and has been a member of TEAM (Teacher Education and Mentoring Program) for beginning teachers, a grade-level instructional leader, and part of the school-based leadership team. She has led professional development workshops, helped design the curriculum, and serves on the WHPS Superintendent’s Advisory and School-based Safe School Climate Committee.

Stanish and her husband, Stephen, live in Southington with their daughter, Chloe (a junior at Southington High School) and son, Chase (eighth grade).

She has a bachelor’s degree in music from the Hartt School of Music, and a B.S. and masters in Education from Central Connecticut State University. 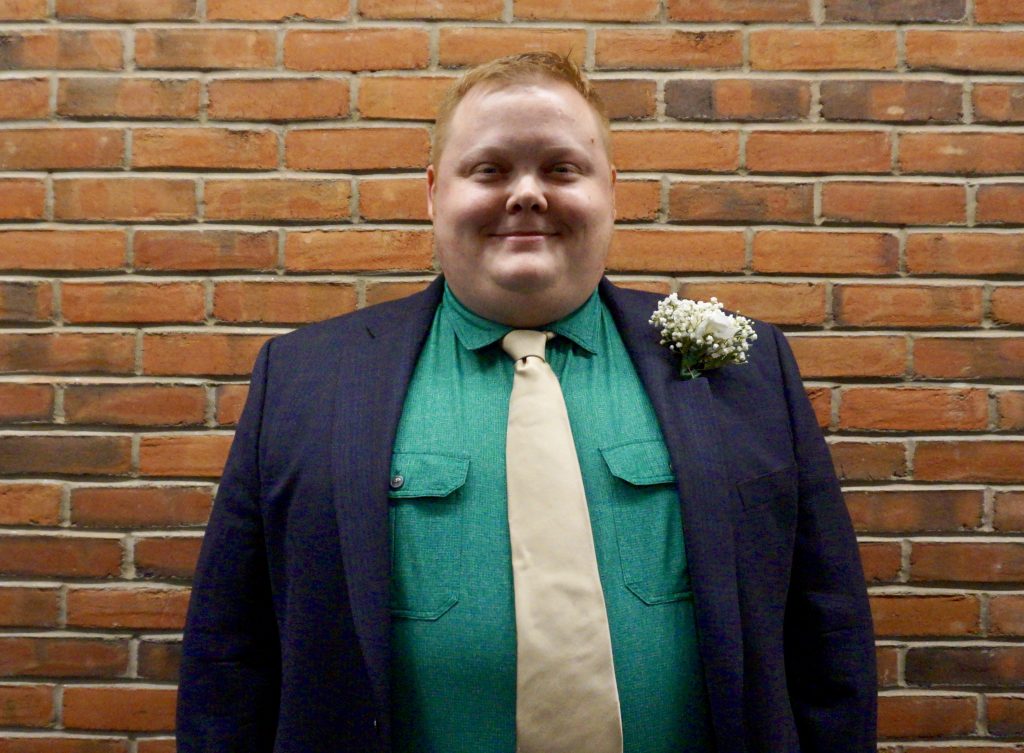 Wilkosz has been a technology and engineering teacher at Hall High School for the past 10 years, and has taught classes like robotics, computer technology, web design, and engineering and architectural design.

Wilkosz actually started at Hall as a student teacher, working in Chet Bacon’s class. Bacon was planning to retire, Wilcosz said, and stayed on long enough for Wilcosz to go on a planned trip and then take over his classroom. “I’ve been there ever since,” he said.

Wilkosz said he started out at UConn, but then transferred to Central Connecticut State University because they had a program for technology and engineering education. While teaching at Hall, Wilkosz continued his education, earning his master’s in curriculum and instruction from the American College of Education.

It was a rigorous distance learning program, Wilcosz said, with a curriculum focused on “action research” that he did with his students. “I kind of fell off the pop culture bandwagon during that time,” Wilkosz said, because the program was so intensive.

Wilkosz, who has a 3-year-old son, Lucas, is from a family of teachers. His wife, Jennifer, and his brother are teachers at Berlin High School, and both of his parents are teachers. He said that while his sister is a pharmacist, she’s also an adjunct professor at UConn.

Wilkosz said that he was part of the Teacher of the Year process once before, but this is his first time making it to the finals.

When asked what he thought led to his nomination, Wilkosz said, “I stretch beyond for what the students need.” Since what he teaches is an elective, Wilkosz said he works hard to keep the curriculum and course offerings relevant. “If it’s not cool, students don’t want to take the classes.” He’s thankful that enrollment keep going up.

Wilkosz is a member of the Principal’s Advisory Committee Member, a mentor and organizer for the Annual Computer Science Education Week, and serves as advisor for Hall’s robotics team and Computers for Kids. He’s also a volunteer mentor for Random Hacks of Kindness, Jr. where he helps students create apps for nonprofits, a multi-year grant recipient from the Foundation for West Hartford Public Schools, and is a member of multiple professional organizations.