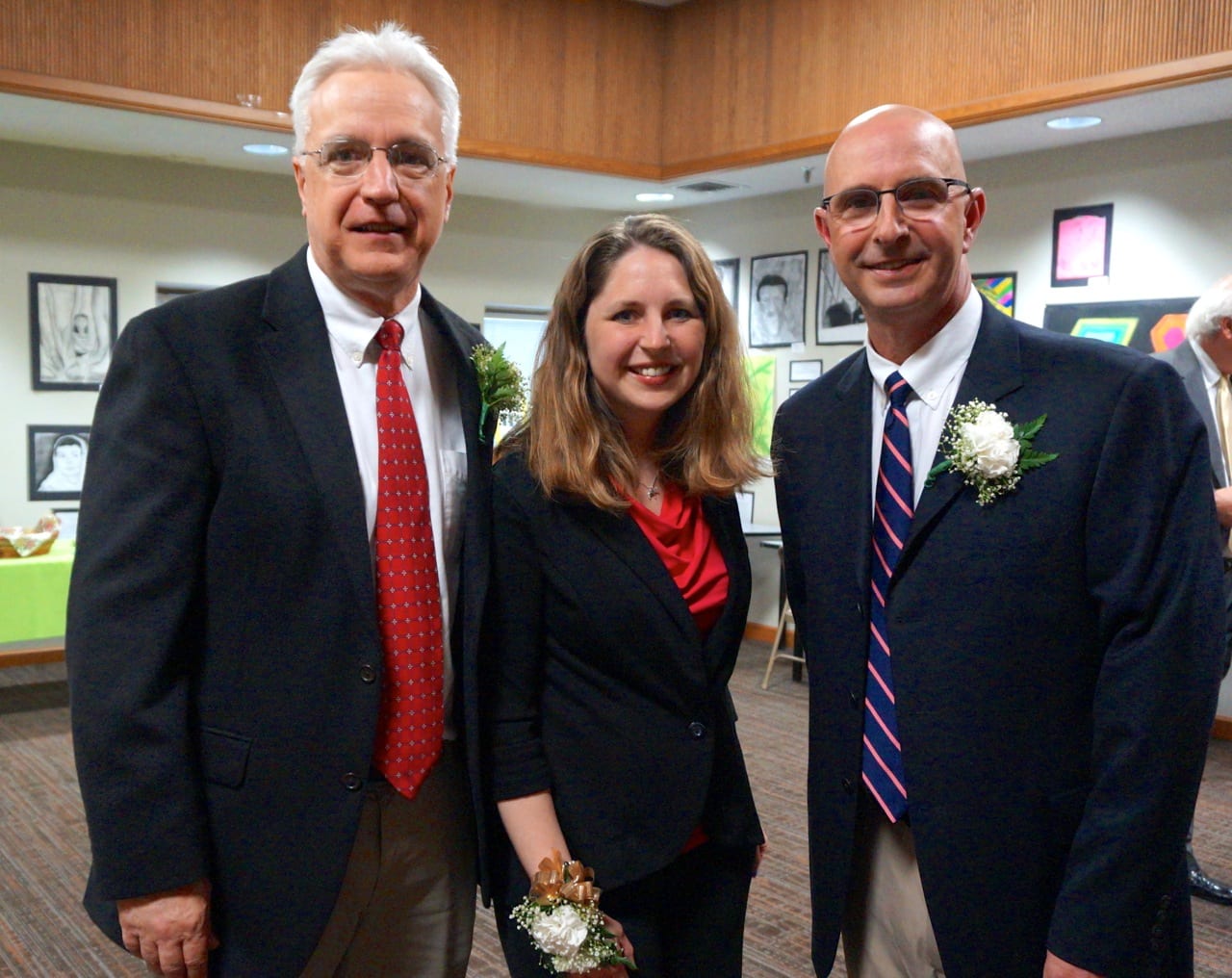 This year’s finalists are an elementary, middle, and high school teacher from West Hartford Public Schools. 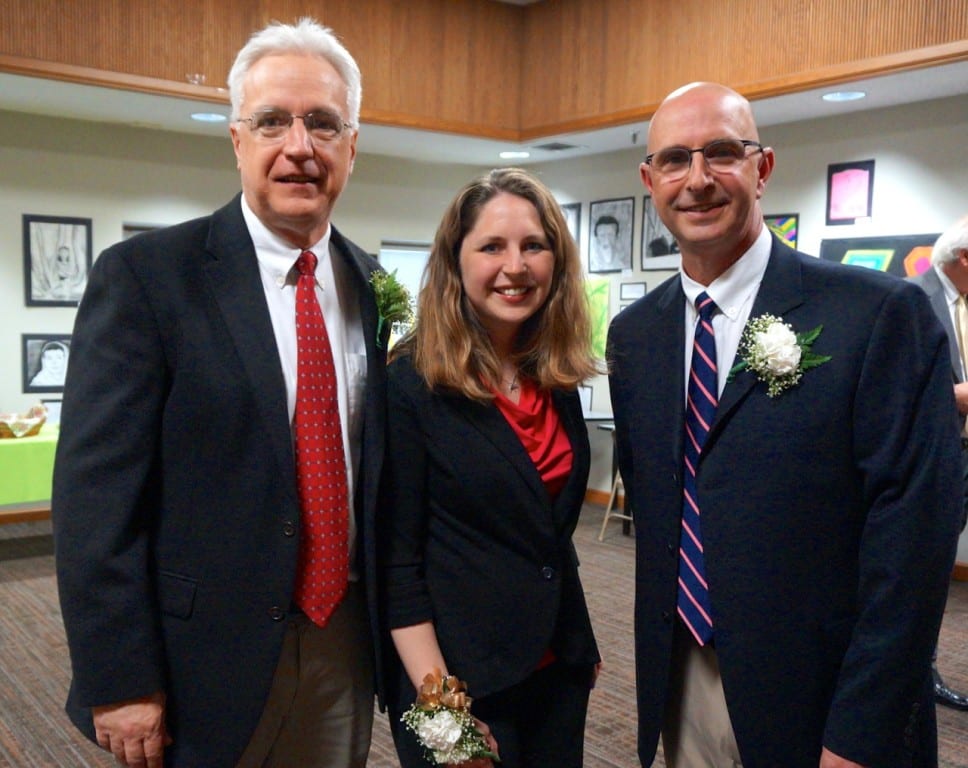 Three candidates who have been named finalists for West Hartford 2016 Teacher of the Year were recognized at a reception Tuesday evening just before the formal announcement was made at the Board of Education meeting. 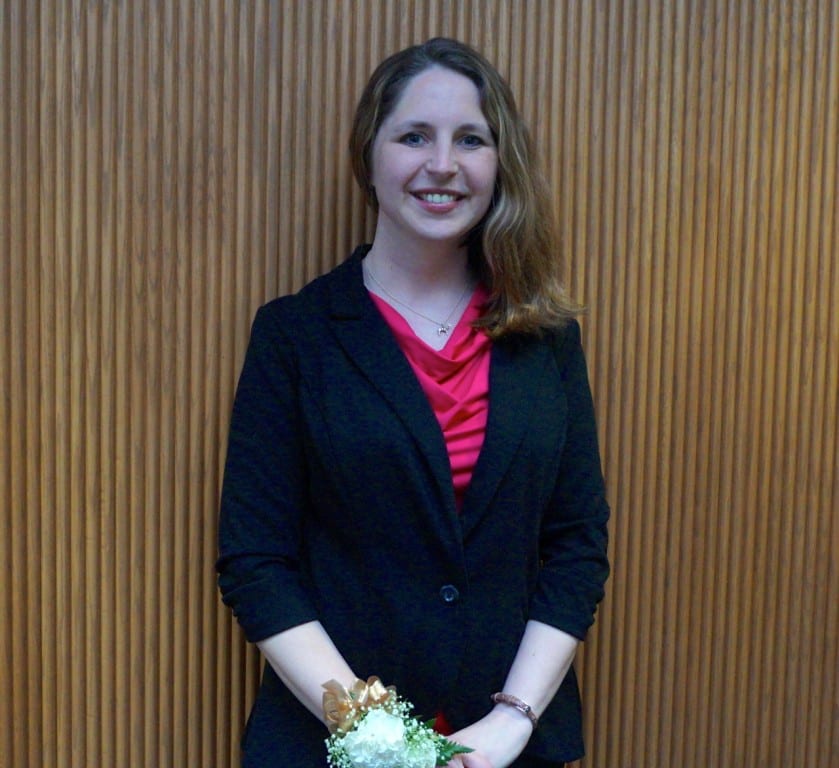 Corricelli is in her seventh year teaching in West Hartford, and her 14th year as an educator. For the first three years after she graduated college, Corricelli was a systems engineer at Raytheon in Massachusetts.

Corricelli said her inspiration to change careers was sparked when she was mentoring a young girl through the YMCA, helping her to learn math. The girl was disconnected from math, from the whole process, until Corricelli started explaining it in real world terms with examples from her work at Raytheon. She used wave lengths to demonstrate fractions.

“It changed her whole attitude, and I realized that connections are the key, the reason to care, and the students can make it real themselves,” Corricelli said. After that, she took a job teaching mathematics at East Windsor High School. She began working at Conard in 2010, teaching math and computer science, and this year is teaching only computer science courses.

Corricelli said that being a finalist for Teacher of the Year gives her a chance to be able to advocate for change – to make computer science a required course.

“I never took computer science until my training at Raytheon. I was afraid, intimidated, even though I had taken calculus and physics,” she said. She thinks it’s a critical skill and should be a graduation requirement.

Corricelli said that there were only 40 students taking computer science courses at Conard four years ago, and now there are 220. There are two different levels of AP Computer Science, and next year an “Exploring Computer Science” course will be introduced.

“I’m so blessed to work in a place like West Hartford, that gets it. I’m so supported,” said Corricelli. “It’s the magic wand of the future.”

Among Corricelli’s list of achievements are the 2013 Presidential Award for Excellence in Math and Science Teaching, Connecticut runner up for the 2012 John McCormack Award for Teaching Excellence, and runner up for Connecticut Teacher of the Year in 2009. She is an advisor for the “Bits and Bytes” club that mentors Smith STEM School Students in beginning programming skills, and for “Girls STEMming Up,” a club that creates events that help other girls understand what STEM stands for and how girls can use it to change the world.

Corricelli has a B.A. in mathematics and statistics from the University of Connecticut and a master’s in mathematics secondary education from Westfield State University. She and her husband Dave and their daughter Genevieve (almost 8) live in East Granby. 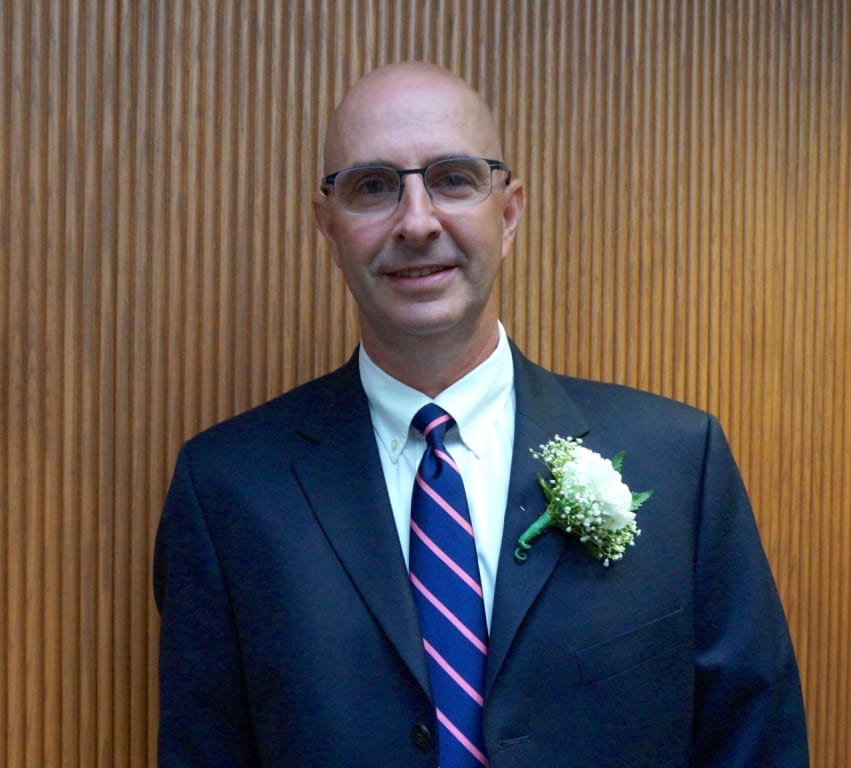 Fisher, a seventh grade math teacher at King Philip Middle School, has been nominated for Teacher of the Year three times in the past, but this is the first year he decided to take on the challenge. The process is rigorous, and after nomination by other teachers involves submitting a resume, essay, and recommendations. A lesson is videotaped and evaluated to determine the finalists.

“It’s a long process, but I’m so glad I did it,” Fisher said. He’s thankful to all who have helped him reach the finalist stage, especially his wife, Helen.

Fisher didn’t start out a teacher right after college. He and his wife were both CPAs, and Fisher worked for KPMG for four years.

In 1995 he became a special education teacher in West Hartford and in 2006 he switched to math. He has been grade 7 team leader at King Philip since 2007.

“For me the hardest part [about being a candidate for Teacher of the Year] is being recognized as an outstanding teacher. I’ve always felt effective, but am blessed and extremely fortunate to be in this position. I’m not used to being the center of attention,” Fisher said.

In addition to teaching, Fisher has been an assistant golf coach at Hall High School since 2002. He has served on the Superintendent’s Advisory Committee, co-coach of the PBIS Committee, and was an SBAC performance task writer in 2013.

He and his wife and their three teenaged children live in Manchester. 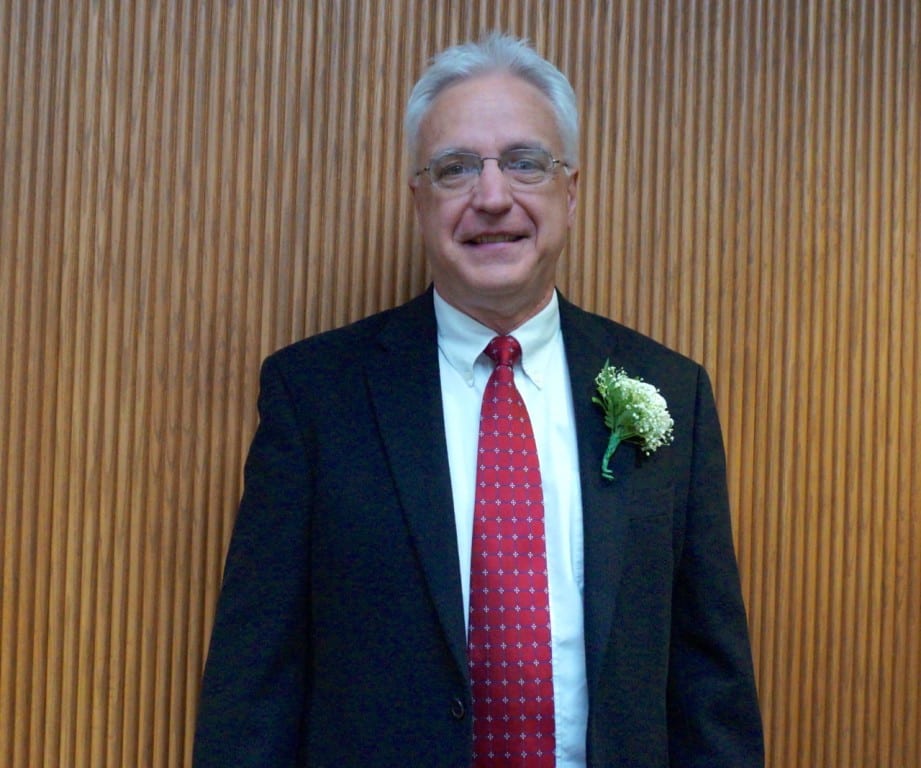 O’Brien has been teaching at Aiken Elementary School for 23 years. He started off teaching fourth grade, but has taught fifth grade for the past 16 years.

“I love it,” he said. O’Brien said he has considered teaching older students since he’s certified through 12th grade, but his sons have always talked him out of it, reminding him of the good he does in fifth grade.

“I prep them for middle school, get them emotionally and psychologically ready to leap into their lives,” said O’Brien.

Going through the Teacher of the Year process makes you realize not just the great things you do as a teacher, he said. “You look at ‘How did I get here,’ bring back your fondest memories. It’s all about the students, helping them learn.”

Like the other finalists, O’Brien did not start out as a teacher. He worked as assistant press secretary to U.S. Sen. Chris Dodd in Washington, D.C. “I was unattached, unmarried, I had a band,” O’Brien said. He was writing and playing music, but then he got married.

O’Brien already had a B.A. in political science from UConn, but he went back to school, earning a master’s in elementary education from Central Connecticut State University. At age 32, he became a teacher.

O’Brien attended a leadership program, but decided he didn’t want to be a principal. “I like the classroom, like kids. I really like being a teacher.”

This is the second time O’Brien has been nominated for Teacher of the Year. He said that one of the best benefits of being a finalist is the positive attention it has focused on Aiken.

“It’s a great school that you don’t hear too much about. Everywhere there are smiles. Everybody is rooting me on, and it’s kind of galvanized us,” said O’Brien.

There are so many excellent teachers in West Hartford, O’Brien said. “You can’t walk 10 feet in any direction without finding a great teacher,” he said.

O’Brien has received an Award of Excellence from Praxis for scoring in the top 5 percent of all test takers. He has taught rocketry at The Summer Place at the University of Hartford. He has been a member of the Simsbury Theatre Guild since 1999, and served as its president from 2006-2009. O’Brien’s other activities include membership in the Connecticut Reading Association and the West Hartford Leadership Council.

O’Brien’s wife, Kathryn-Ann, is a West Hartford native. They now live in Simsbury and have two sons in college.

West Hartford’s 2016 Teacher of the Year will be announced at the West Hartford Education Association/West Hartford Administrator’s Annual Recognition Dinner on May 26.