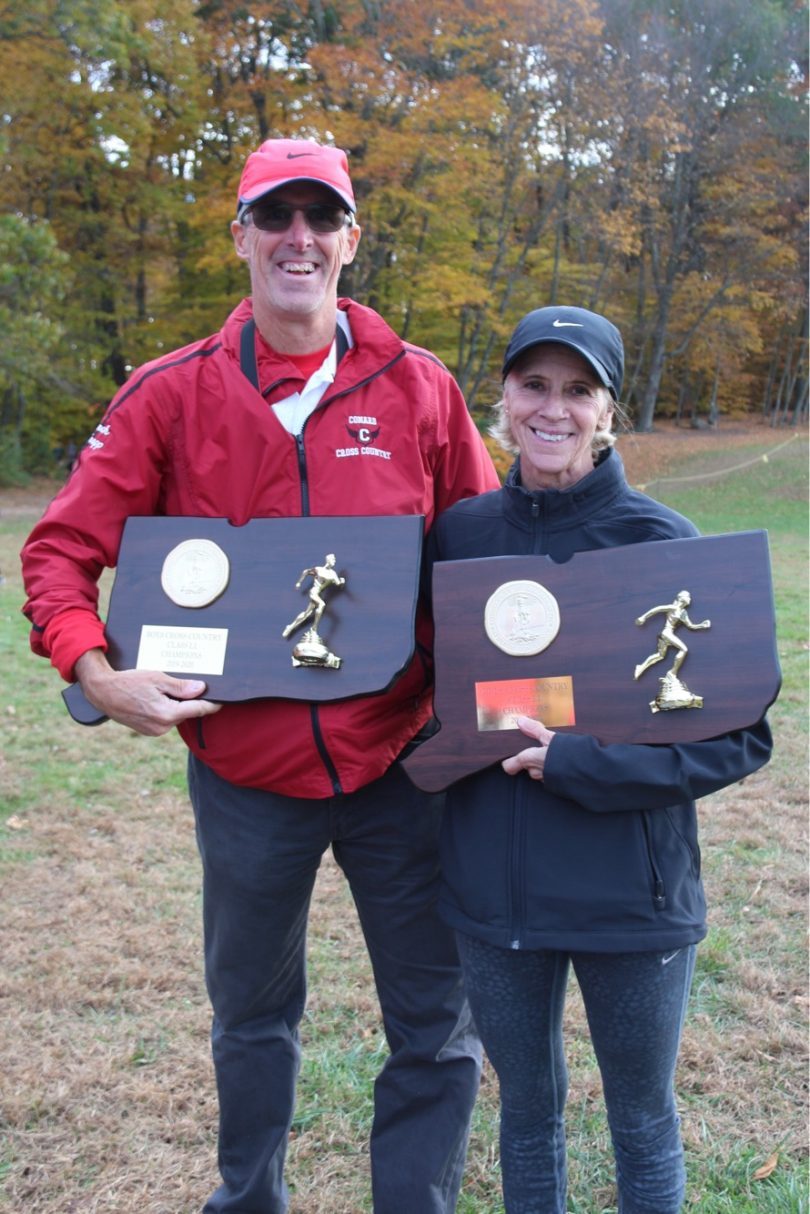 As a team, the Conard boys scored 63 points to beat runner-up Staples which scored 102.

Conard sophomore Gavin Sherry also won his first Class LL title, leading the pack up the hill at Wickham for a 15:24 finish, 9 seconds ahead of Manchester sophomore Aidan Puffer.

The strength of Hall’s team as a whole propelled the Warriors into first place, with the top five runners combining for 77 points to top runner-up Trumbull’s 97 points.

The Hall boys were the Class LL runner-up in 2018 but graduated a class of record-breaking athletes. They finished seventh in Class LL Saturday led by Jackson Grady, a senior, with a sixth place finish in 16:20.

Runners will return to Wickham Nov. 1 for the State Open.