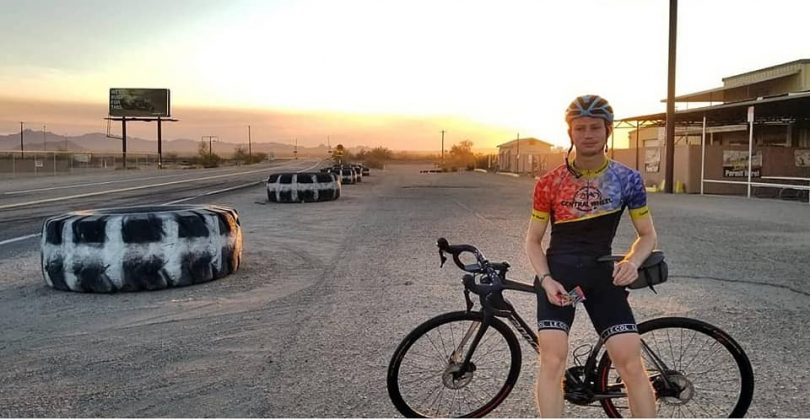 Noah Black of West Hartford getting ready to ride at sunrise in Brawley, CA. Courtesy photo 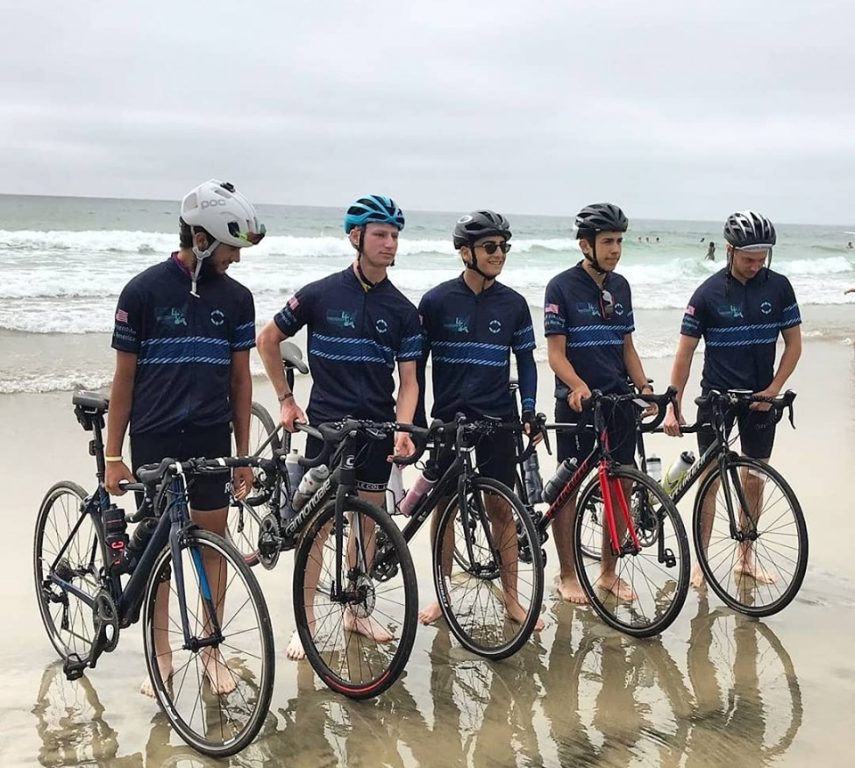 Noah Black second from left, with the other riders, after dipping bike in the Pacific Ocean at the start of trip, Poway, CA. Courtesy photo

It’s been a sweltering summer, but that hasn’t deterred West Hartford teen Noah Black from undergoing the trip of a lifetime – a bike trip that will take him from coast to coast. Black is participating in the “Bike 4 Friendship program” which benefits Friendship Circle, an organization that brings together teens and children with special needs.

The organization focuses on connecting teens with and without special needs through a range of educational, social, and Jewish activities, all of which can help create a real bond between Friendship Circle’s volunteers and the children with special needs that they work with.

This particular journey is being made in remembrance of Lorri Kaye, who was killed in a shooting in her local synagogue in Poway, CA. Kaye was the founder of San Diego’s chapter of the Friendship Circle, and the bikers began their journey in San Diego in her honor.

Black began his trip on July 14, receiving a send-off from Rabbi Goldstein, the Rabbi of the synagogue in Poway. Black said that Goldstein reminded the bikers that “bad things can happen in this world that can hold you back, but every little thing you do can be put towards a good cause.”

With those inspiring words, the bikers took off, beginning the first leg of a journey that has still yet to finish. Black and four other bikers will arrive in New York on Aug. 25 after biking approximately 85 miles a day.

At the time he spoke to We-Ha.com, Noah was pedaling through Indiana. Before he gets to New York, however, he’ll be making several stops, including different Friendship Circles throughout the country. Over this past weekend the bikers planned to stop in Columbus, Ohio, to interact with the city’s local chapter.

Black is finishing up week five of his six week tour across America, and while the journey has been difficult, it’s also been extremely fulfilling.

This isn’t the first Friendship Circle fundraiser Black has been a part of. He was inspired to get involved after speaking with the rabbi at his synagogue, Rabbi Shaya Gopin, and began by completing the Miami Marathon this January, raising over $5,000 for Friendship Circle in the process. In March, Black ran the New York City Half Marathon, and decided soon after to spend six weeks of his summer biking across the country.

Black has a contingent of proud fans at home, one being Rabbi Shaya Gopin. He described Black’s journey as an “unbelievable feat of tremendous endurance” and an “inspiration to all of us.”

Gopin praised Black’s commitment to Friendship Circle, which he described as founded on the Torah’s teaching to “Love our fellow as ourselves.”

By partaking in Bike 4 Friendship, Black is certainly living up to that standard.

To learn more about the Friendship Circle, please visit: http://www.FriendshipCircleCT.com

Rabbi Yisroel Goldstein, Rabbi of the Poway Chabad Synagogue where shooting occurred and heroically defended his congregant during the shooting, sending off the cyclists with words of inspiration to last them throughout the trip. Courtesy photo