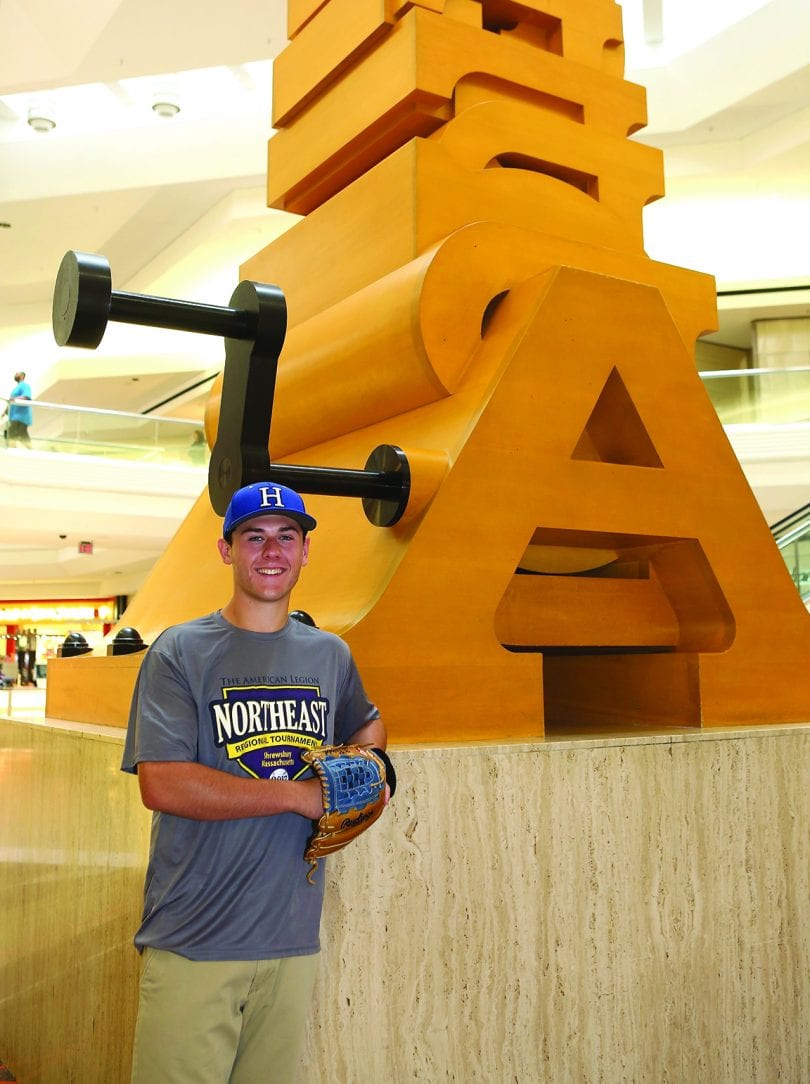 Here is the first male from Hall, a twin.

Ben graduated from Hall High School, and said that being a pitcher for the school’s baseball team was one of his major accomplishments. He was constantly tested throughout his career as a reliever, but through it all embraced the role, kept his head held high and a smile on his face.

Late in his high school career he was recruited by Western New England College, where he is now a student and hopes to compete for a starting role in the pitching rotation.

Ben said he is a fan of the sciences, and will major in biology.

Ben has a twin brother, Tanner, who attends UConn. He said that his parents gave both “everything we needed to succeed and encouraged us to be the best we could be.”

Former Major League Baseball pitcher Andy Pettitte is Ben’s role model – “because of his toughness and perseverance and reserved personality.”

A quote that Ben lives by is “Why not?” It inspires him because he is willing to do anything despite how reserved he may appear to be.

When not playing baseball, Ben’s hobbies include playing pickup basketball, soccer, and swimming – which he said he does to stay in shape for baseball season.