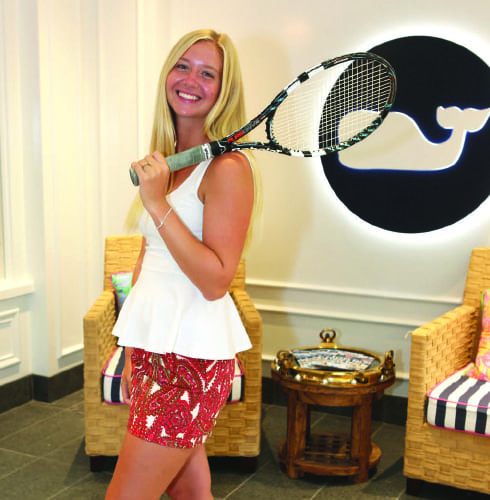 Look for one teen each week to be featured on We-Ha.com for the next several weeks.

Faith is a young woman with talent in many sports, and during her years at Kingswood Oxford, she played tennis, squash, and basketball. Tennis was her “primary favorite” and said it’s the sport she was best at, with squash a close second.

Faith said has been motivated by different people throughout her life – each of whom left a huge impact, one that did not go unnoticed or unheeded. Her tennis coach became a major role model, making her believe in herself and let herself be coached, something that did not come naturally to Faith especially as a freshman.

She said tennis was challenging, but to her had the most reward, and her coach was one of the first people who saw her potential. He took a freshman who was unsure of her skills, and molded and coached her to help her win matches and a New England championship her freshman year at Kingswood Oxford.

Faith also excelled in squash, to which she was first exposed at Camp KO in West Hartford, where she volunteered as a first aid staffer the summer after her freshman year. After getting to know KO boys’ coach Robbie Lingassie, she fell in love with the sport and decided to play it the next year at Kingswood.

As a senior, she was the captain of the squash team and came in third in her age bracket.

Throughout high school, sports were one of her biggest motivators, Faith said, but she was also involved in the select a capella group for all four years of high school. She led the group at several singing competitions, but one stood out to her in particular – the Wyvern International A Capella Festival. “At the WIAF I rallied the troops when they were nervous about performing and helped them do well,” she said.

Faith now attends UConn, where she is majoring in marketing.