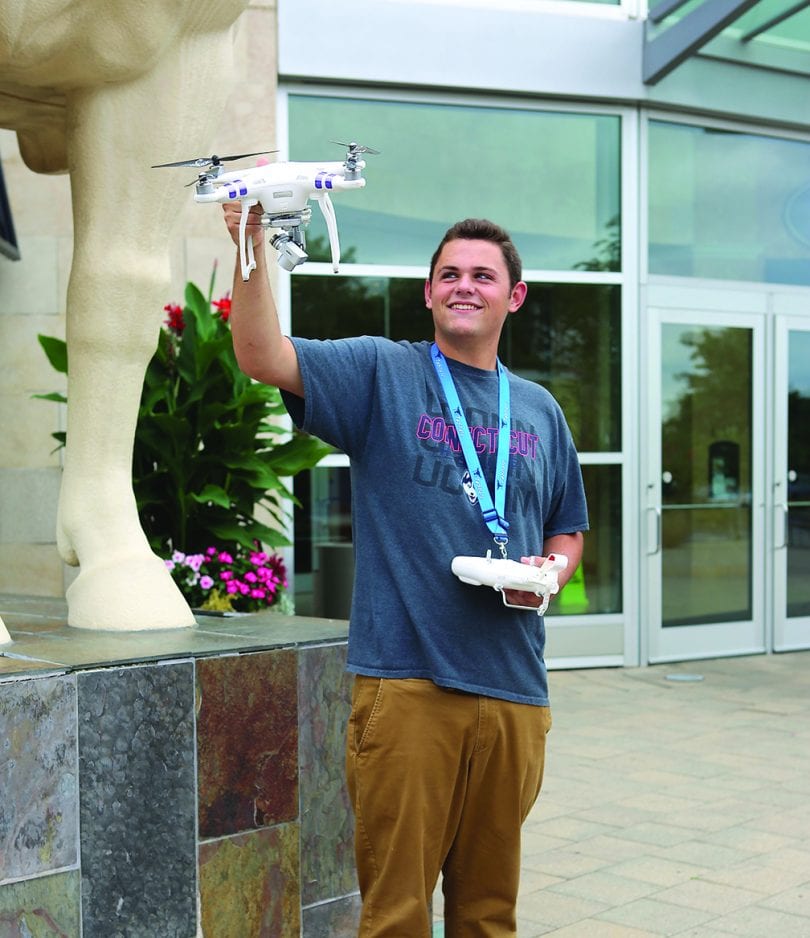 Here is the first male from Hall, a twin.

Tanner graduated from Hall High School and is now majoring in criminal justice at UConn, with the goal of becoming a police officer.

One of his favorite hobbies is flying drones and using them to take unique photographs from varied perspectives. “You can get a lot of photos from different angles than if you were shooting from the ground. And [it gives you] more flexibility,” Tanner said.

Tanner is also a car fanatic – a fan of driving as well as admiring special vehicles. To Tanner and his friends, who often attended “Cars and Coffees” events in West Hartford, cars are pieces of art and not just functional vehicles.

At Hall, Tanner was a member of the Select Choir and also volunteered at Empty Bowls, a program that helps feed the homeless. He has also helped out with the Best of West Hartford and Taste of Blue Back Square – and some of his drone photographs have been published.

Tanner has a twin brother, Ben, and going to different colleges is the first time the two have really been separated. He said his biggest role models in his life are his parents – who gave him and his brother advice and tips on how to succeed.

Tanner said one of his favorite quotes is from the inventor Rabin Dranach Tagore: “You can’t cross the sea merely by standing and staring at the water.”