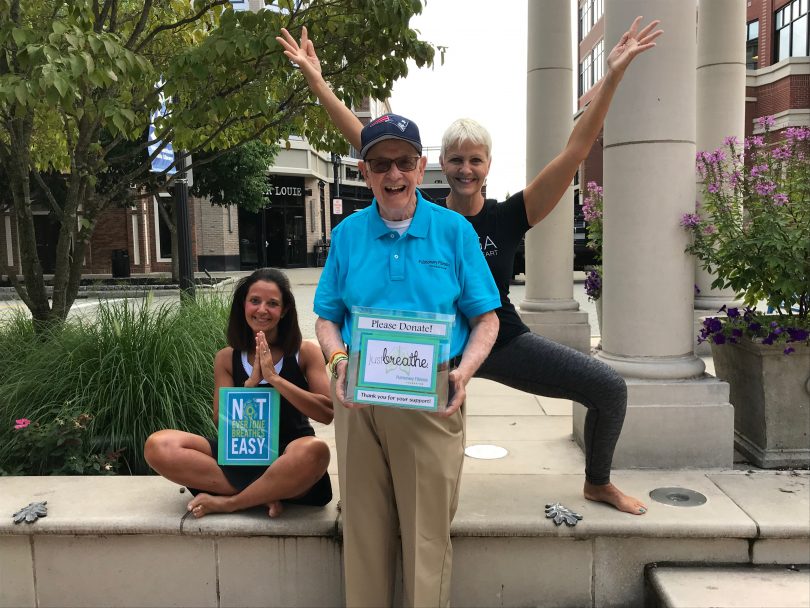 Mal Doyle of West Hartford was rushed to the hospital two years ago after experiencing shortness of breath. There, he was diagnosed with pulmonary fibrosis (PF), a life-threatening disease that causes progressive scarring in the lungs. There is no known cure.

Doyle was prescribed oxygen therapy and a medication to help slow the progression of the disease. He was told he would have only a short time to live.

Doyle resolved to fight PF and, with help from the Pulmonary Fibrosis Foundation (PFF), he started the Greater Hartford Pulmonary Fibrosis Support Group. He also became a volunteer Ambassador for the PFF and works to raise awareness of the disease. He has received support from West Hartford Mayor Shari Cantor and several businesses in the community.

“All of us breathe about 20,000 times a day and never give it a second thought. There is nothing more terrifying than struggling to catch your next breath,” said Doyle. “I’m grateful to so many people in this town who have come together and have been willing to help me create an awareness of this devastating disease.” 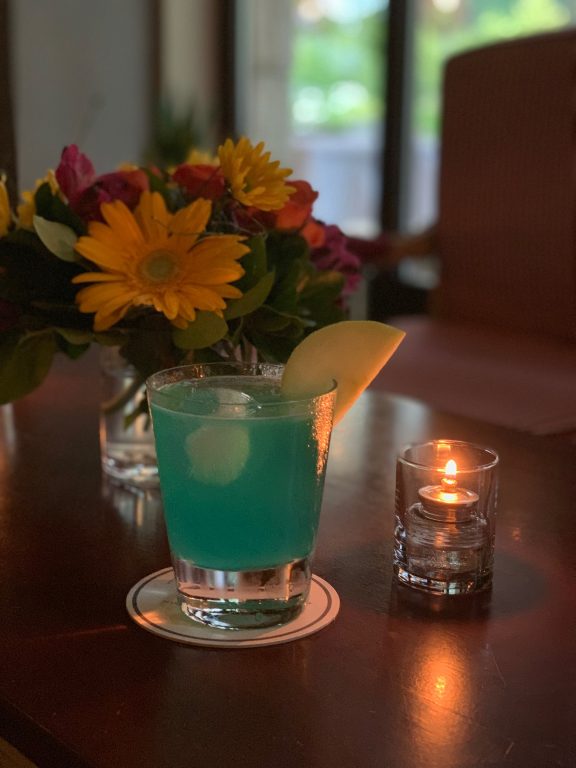 The Blue Orchard will be served at the Delamar West Hartford in honor of Pulmonary Fibrosis awareness. courtesy photo

As a result of Doyle’s efforts, West Hartford will offer several events in conjunction with Pulmonary Fibrosis Awareness Month in September.

Blue Back Square, 65 Memorial Rd., will join iconic buildings and structures nationwide by featuring blue lighting during September to recognize Pulmonary Fibrosis Awareness Month. The blue lighting initiative will be promoted on social media with the hashtag, #BlueUp4PF.

On Wednesday, Sept. 4, at 7 p.m., a special “Yoga From the Heart” class will be held at Webster Walk. Tickets are available for $20 online at YogaFromTheHeartStudio.com or in-person at the studio. All proceeds will benefit the PFF. Deputy Mayor Beth Kerrigan and Town Council member Mary Fay will attend the “Yoga From the Heart” fundraiser on Sept. 4. Councilor Fay will make brief remarks to officially kick off PF Awareness Month at the event. A special tour to view the blue lighting at Blue Back Square will follow the class.

“We are proud to partner with the Pulmonary Fibrosis Foundation to raise awareness for the needs of people suffering from this disease,” said Amy Cholawa, marketing director Blue Back Square. “We hope the community will join us in a special Yoga from the Heart Class and watch Blue Back Square light up in blue in honor of this important cause.”

The Delamar West Hotel, 1 Memorial Rd., will turn its fountain lights blue for Pulmonary Fibrosis Awareness Month. The hotel’s mixologist will also create a blue drink – the Blue Orchard – to raise awareness of PF. A portion of the proceeds will benefit the PFF.