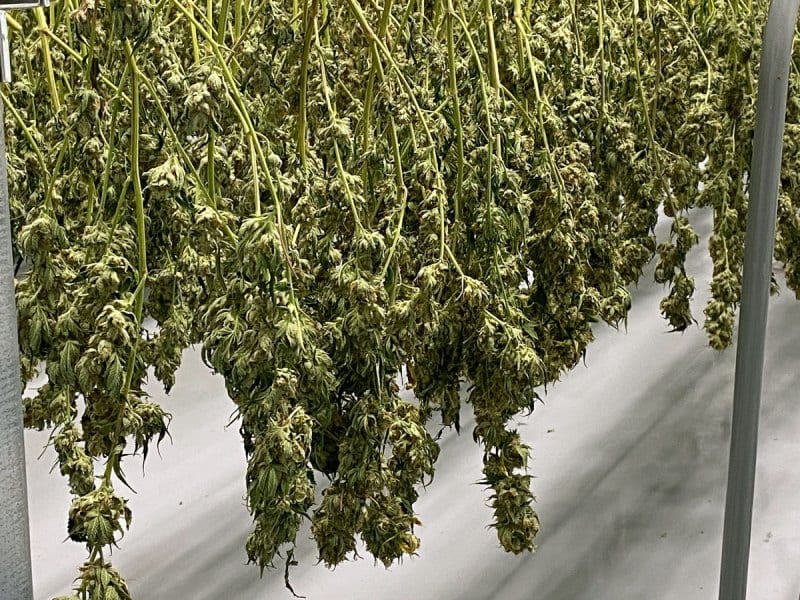 The West Hartford Town Council adopted an ordinance Tuesday that will permit cannabis retail and production operations to operate in the town, subject to certain zoning regulations.

The West Hartford Town Council’s Community Planning and Economic Development Committee (CPED) has spent several months refining an ordinance to regulate the sale and production of adult-use cannabis, and Tuesday night adopted the ordinance after extensive discussion and the crafting of an amendment in response to legislative action eliminating a population cap that was signed into law during the meeting.

Midway through Tuesday night’s meeting, and following a public hearing on the ordinance, Gov. Ned Lamont signed PA-22-103, a bill passed by the legislature as HB 5329 and which eliminated the restriction of the number of licenses based on population.

The Council ultimately amended its original proposal and adopted an ordinance, by a vote of 7-2, that will permit two retail establishments and two producers in West Hartford, with an initial permit subject to the receipt of at least a provisional license from the state. The ordinance also mandates a 500 foot buffer from schools, public parks, municipal recreation facilities, and libraries.

In its original form, the ordinance being considered Tuesday didn’t restrict the number of establishments, because state law had already done that.

Mayor Shari Cantor said the original ordinance “was framed within the state law that existed” until partway through the meeting, adding that while proceeding with the amendment restricting the number of establishments “doesn’t feel 100% right,” CPED will continue to discuss it in case further changes are needed.

The two Council members who voted against the ordinance did so for very different reasons.

Republican Mary Fay, the minority leader, noted that other towns have banned adult-use cannabis sale and production completely, and she said she favored a “bigger, more robust discussion” before allowing any sale or production in town.

While Democrat Ben Wenograd knew the Council was going to pass the ordinance by the time he voted, he said he could not support it because he did not support the amendment restricting the number of establishments – something CPED had not considered because at that point it was part of the state law and not a matter for debate.

“We are now debating a ban on a legal business that our residents were never told this board would be considering,” Wenograd said.

Wenograd, as well as Democrats Adrienne Billings-Smith and Carol Blanks, all voted against the amendment restricting the ordinance to two of each type of establishments. That amendment passed by a vote of 6-3, but after much debate about whether or not it was a material change that would require a new public hearing or whether – in accordance with the interpretation provided by Corporation Counsel Dallas Dodge – it followed the original intent of the ordinance since the population restriction was part of state law at the time.

Public Act No. 21-1, An Act Concerning Responsible and Equitable Regulation of Adult-Use Cannabis (RERECA), which was signed into law in July 2021, capped the number of licenses that would have been awarded to a particular municipality at one retailer and one producer each per 25,000 of population, through June 30. 2024. The initial interpretation of the law was that West Hartford, with a population of roughly 64,000, would have been allowed three of each type of license, but further clarification indicated that the town would have only been permitted two of each type of establishment.

Section 148 of PA-21-1 gives municipalities the authority, through zoning, to either completely prohibit cannabis establishments from being located in town, or to allow cannabis establishments but create a special permitting or other zoning approval process, to establish restrictions related to hours of operation and signage, and to restrict the proximity of establishments to uses such as parks and schools.

In the absence of a zoning ordinance, cannabis retailers, provided they received the requisite license from the state, would be able to open in West Hartford “as of right” anywhere retail operations are otherwise permitted.

The Town Council unanimously adopted a resolution last summer, asking then-Town Manager Matt Hart to begin a study of the new law, and to make recommendations to for an ordinance.

The goal of the ordinance was to develop a regulation “in a way that maximizes public health and safety,” Acting Town Manager Rick Ledwith said Tuesday.

Following a public hearing at which there were not any speakers, the Council was made aware that action taken by the legislature in its session which ended earlier this month would not limit the number of establishments. Although no licenses have been awarded yet, and roughly 15,000 businesses have applied for the 12 retail licenses that the state will initially award, the legislative action meant that theoretically there would not be any limit on the number of cannabis businesses that could open in West Hartford.

If the Council had not adopted any ordinance Tuesday, and if the state approved any licenses before any ordinance was adopted adding regulations in West Hartford, cannabis retail businesses would be able to open in town “as of right,” and would not be subject to any buffer or restrictions other than those in place for any other types of retail establishments.

Much of the debate on the amendment revolved around whether the ordinance developed by CPED and town staff contemplated a limit on the number of establishments and whether, if the state law had changed at a different time – other than in the middle of the meeting – the committee would have opted for a restriction.

“I don’t think that we should be more restrictive here, that’s not the nature of our community,” Democrat and Deputy Mayor Liam Sweeney said. After much deliberation about whether or not the ordinance should be sent back to committee, when he saw the amendment would pass he chose to support the amendment, as well as the amended ordinance.

Republican Mark Zydanowicz said he originally opposed permitting retail sale and production of adult-use cannabis in town and didn’t think was “what West Hartford looked like.”

He said he’s had a change of heart, and has seen how the industry has evolved in Massachusetts. “It’s state law, it’s going to happen,” and he appreciates having restrictions in place. He did say he remains concerned about people driving while high. “Our police force still has their hands tied behind their back, there’s not a test,” Zydanowicz said.

“I do not believe that a ban or moratorium would be good legislative policy,” said Democrat Leon Davidoff, who moved the amendment to include a restricted number of establishments. Regulating activities through zoning is one of the things the Town Council is required to do through its charter, he said.

“This is a permitted use … it needs to be located in particular zones,” said Davidoff. “That’s what we do when we enact zoning regulations, that’s what we’re doing this evening,” he said, noting that the regulations are reasonable.

“We don’t have the authority to regulate whether recreational use is allowed in Connecticut; that’s already decided for us,” he said. “I think that we need to be cognizant of the times that we live in, and I think its been shown in neighboring states what the economic impact of sale of recreational cannabis can be.”

“For me morally I will make my own personal decisions on how I want to spend my money … but as a town councilor I do have responsibility to draft reasonable regulations,” he said, noting that what ordinance is “reasonable and prudent.”

State law imposes a 3% municipal tax on the sale of cannabis by retailers, hybrid retailers, and micro-cultivators. According to Ledwith, the state estimates that each retail establishment will generate about $4 million in sales, which would translate to $120,000 of revenue to the town. There are restrictions set by the state on the use of those funds, but they can be use to: “make improvements to the streetscapes and other neighborhood developments in and around each community in which a cannabis retailer, hybrid retailer, or micro-cultivator is located; fund education programs or youth employment and training programs in such municipality; fund services for individuals released from the custody of the Commissioner of Correction, probation or parole and residing in such municipality; fund mental health or addiction services; fund youth service bureaus and to municipal juvenile review boards; or fund efforts to promote civic engagement in communities in such municipality.”

The ordinance adopted Tuesday does not impact the use of cannabis, just the sale and production.

The governor signed 48 bills on Tuesday, two of which impacted the sale and use of cannabis. Further information on legislation which modifies the state’s cannabis laws can be found here on CTNewsJunkie.com.