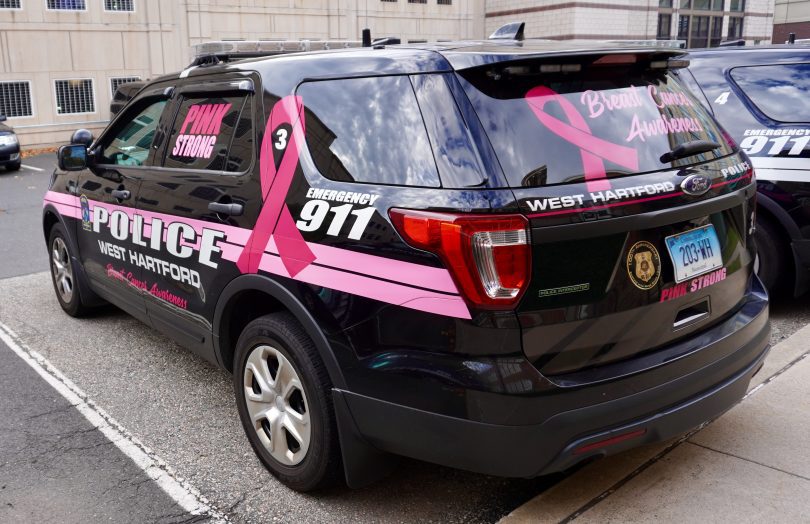 The West Hartford Police Department has made one of its most visible vehicles even more visible to raise awareness and show solidarity with those faced with breast cancer. 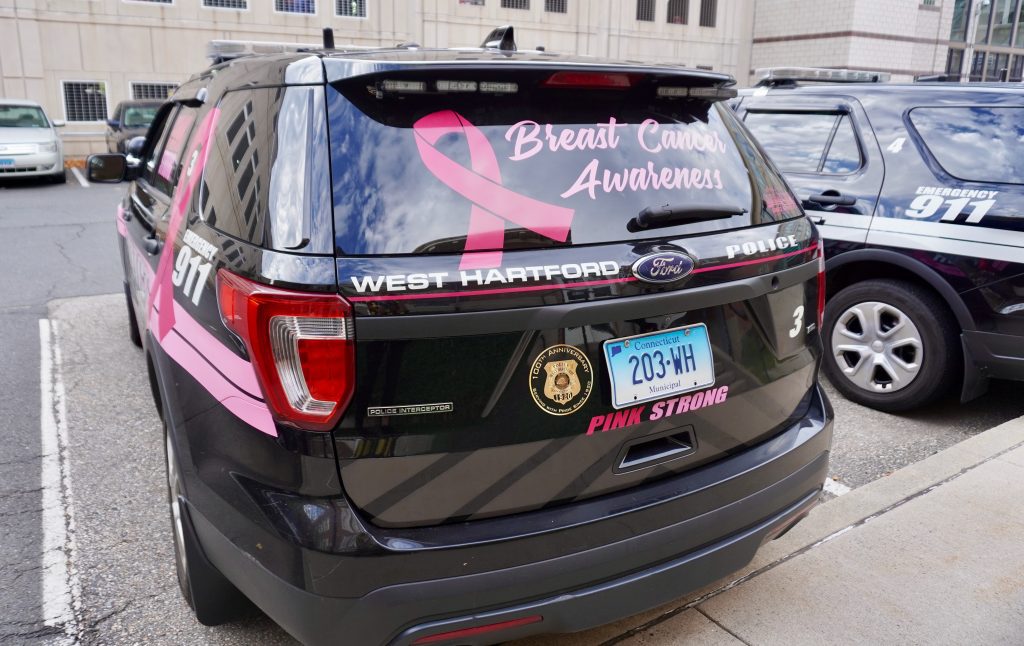 If you notice a definite pink hue on a West Hartford Police Department SUV that’s cruising through the Center it’s not due to a problem with your eyes – but instead due to a strong and visible statement being made by the department to raise awareness of breast cancer and show solidarity with survivors and those currently being treated for the disease.

“It’s a line car, and we’re using it every day,” Capt. Eric Rocheleau, the department’s Public Information Officer, said of the Ford Interceptor with the bright pink accents. “We put it on one of our busiest routes.”

Creating awareness with one of their vehicles is something the department has been considering for a long time.

“We’ve talked about this in the past, and there are so many causes out there,” said Rocheleau. Breast cancer was chosen as the first because so many people have been impacted. “It’s so dangerous, so prevalent,” he said.

Many department members have been advocating for turning one of the cars pink, and Rocheleau said the chief was all for it.

“It’s a tremendous opportunity for us to show our support and appreciation for those who are battling and facing this disease,” Chief Vernon Riddick said. “They’re not alone. We’re with them,” he said.

The West Hartford Police Department usually participates in Komen New England’s “Pink Party,” held each October in Blue Back Square. That event has been canceled for the past two years due to the COVID-19 pandemic.

The partial wrap on the vehicle was created by a local business, Truck Lettering Pros of West Hartford. Rocheleau said it took them just one day, “and they did a beautiful job.”

While October is Breast Cancer Awareness Month, the wrap will remain on the vehicle past the end of the month and throughout November, when many in the West Hartford Police Department also help raise awareness for cancer through “No Shave November,” Rocheleau said.

“It’s a conversation starter,” he said. 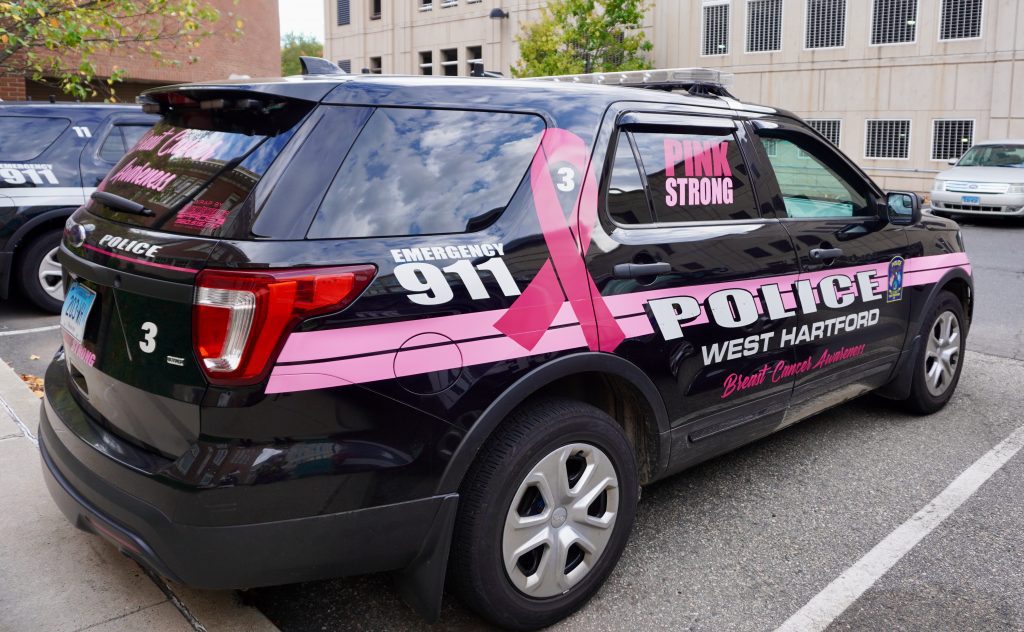