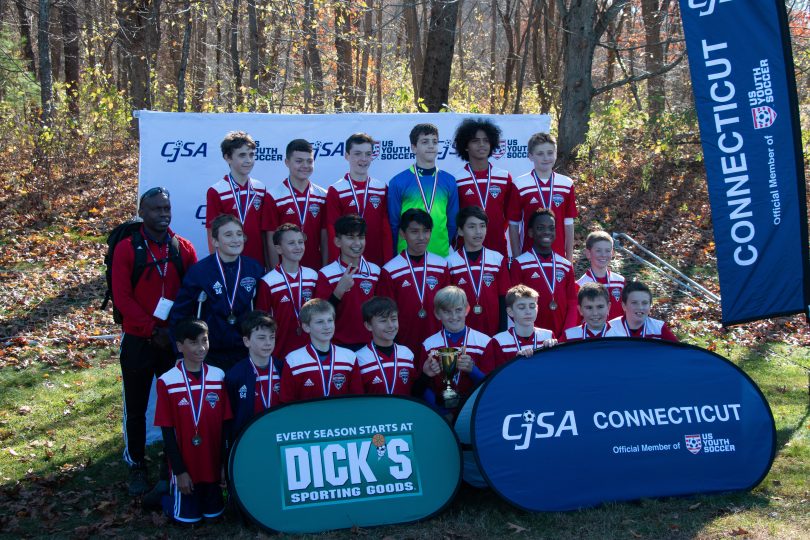 The West Hartford U-14 boys travel soccer team finished the season in first place in their league with a 5-0-1 record, and continued their success all the way to a Connecticut Cup championship.

On Saturday, Nov. 2, at Curtiss Park in Simsbury, the U-14 team defeated Southington 3-0 to take home the trophy.

“A well taken free kick at the edge of the 18-yard box by Julian put us on the board in the first half, followed by a much deserved break away goal by Siddhu,” said coach McCoy Lewis. “Connor provided the insurance goal through hard work and persistence.”

Lewis was pleased with the team’s play overall.

“The team played very well, especially our defense led by team captain Patrick [Guildner]. The game ended with a clean sheet (3-0) for Oscar [Landini] in goal as Southington did not manage to create many clear-cut chances,” Lewis said. “Job well done boys!”

In addition to the U-14 boys, two girls teams from West Hartford won the Connecticut Cup Saturday in their divisions.

The U-12 girls defeated Ridgefield Black 1-0, and the U-14 West Hartford Thunder beat Watertown 3-0.