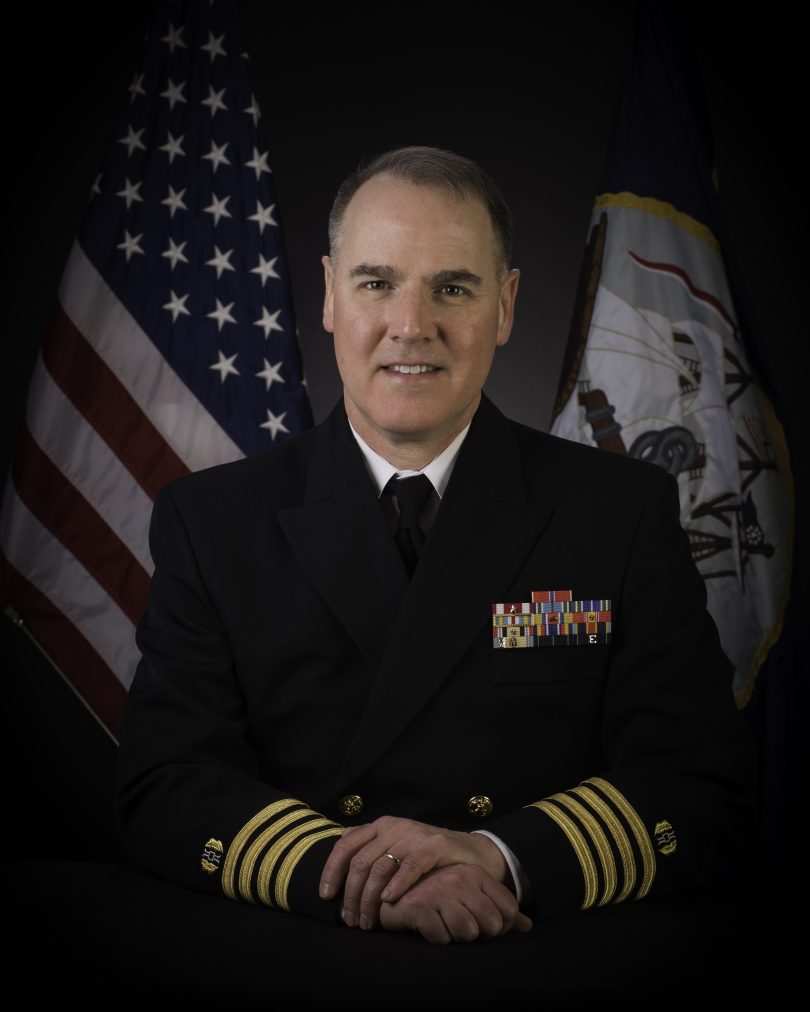 The Town of West Hartford will hold its annual Veterans Day ceremony on Friday, Nov. 11, 2022.

Capt. James Caley, U.S. Navy (Retired) will be the guest speaker for the 2022 Veterans Day Ceremony on Friday, Nov. 11, 2022 at 11 a.m., at the Connecticut Veterans Memorial West Hartford. In case of rain, the ceremony will be held at the Town Hall Auditorium.

Caley is a native of West Hartford and served as a judge advocate in both active and reserve component assignments. He retired in 2021 after 30 years of commissioned service, which included postings at the U.S. Submarine Base, Groton, CT, the U.S. Naval War College, Newport, RI, and the Pentagon, Washington, D.C. He is a veteran of the Iraq War where he was deployed to Baghdad during the surge, and is the recipient of the Bronze Star Medal, the Meritorious Service Medal, and the Iraq Campaign Medal, among others. He is employed as an Assistant Attorney General for the State of Connecticut and lives in town with his wife Margo and his two sons, Maxwell, and Christopher.

On Veterans Day 2022, American Legion Hayes-Velhage Post 96, West Hartford, will announce their commitment to continue the “March to 100” which was first announced at the 2021 Veterans Day Ceremony.

Post Commander Heidi-Anne Mooney said, “The theme of our centennial journey over the past 12 months that has led us to our 100th anniversary is ‘Together with our Community.’ As an American Legion Post, we are committed to supporting the Four Pillars of the American Legion, which are, Taking Care of Veterans, Mentoring Youth, Promoting Patriotism and Honor, and Supporting a Strong National Security. Our goal is to expand our community support for these key programs. We look to seek greater community involvement with veterans challenged with PTSD, homelessness, and suicide. We will also look to expand our involvement with community youth programs such as scouting at all levels and continued recognition of students choosing a commitment to serve in the military.”

Post 96 of West Hartford has been serving veterans and the community since 1922 and is open to all military veterans who have served honorably and military personnel currently on active duty.

In the event of inclement weather, the ceremony will be held indoors at 11 a.m. in the West Hartford Town Hall Auditorium, 50 South Main Street, West Hartford.