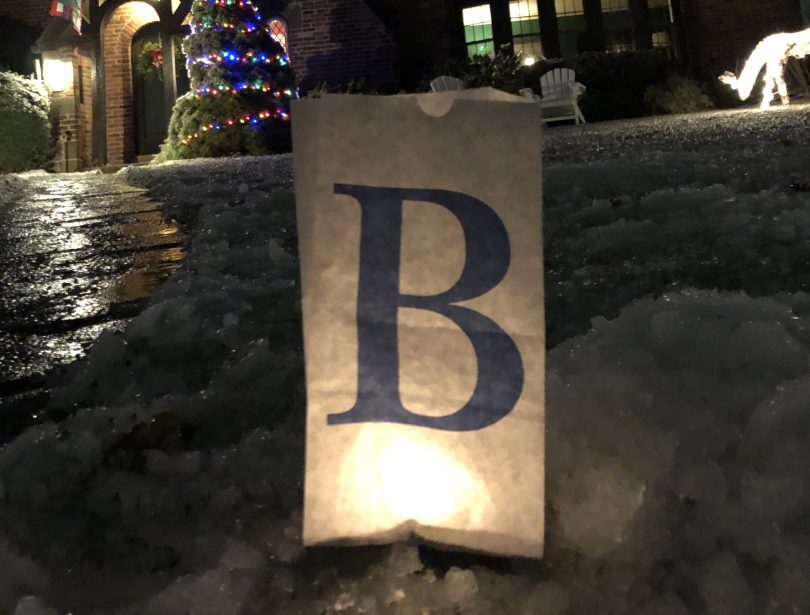 Luminaries were placed around West Hartford on Tuesday, Dec. 17, 2019, to honor Brigid Curtin on the anniversary of her death. Photo credit: Ronni Newton (we-ha.com file photo)

Luminaries will be distributed Tuesday to those who would like to participate in a remembrance later in the week for West Hartford resident Brigid Curtin, who died tragically on Dec. 17, 2018. 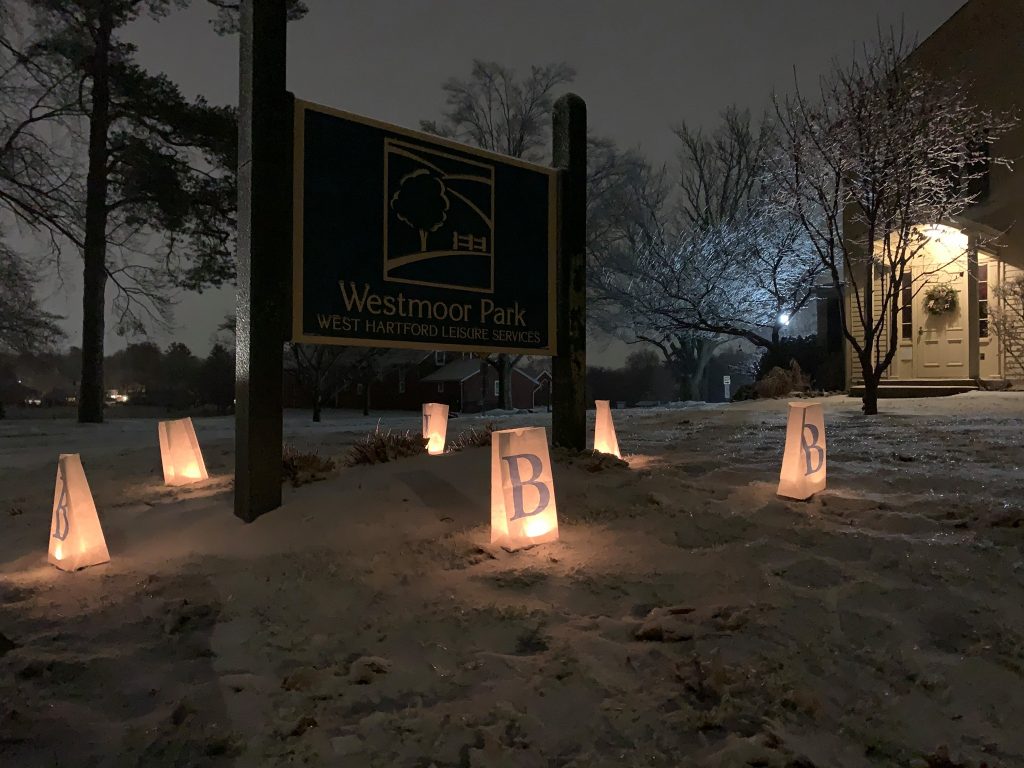 Thursday will mark two years since West Hartford resident Brigid Curtin, then a smart and spirited seventh-grader at Sedgwick Middle School, died tragically, and once again the community will light up the night with luminaries to mark the anniversary of her death.

“Thursday, Dec. 17, 2020, marks the second anniversary of the death of Brigid Curtin. In honor of her memory, luminaries will be distributed on Tuesday, Dec. 15 at St. Peter Claver Church, 47 Pleasant St., West Hartford from 3 to 7 p.m.,” Grose said. “Distribution will be contactless in accordance with COVID protocol,” she said.

“Friends of the family are providing these luminaries to bring the community together once again, to provide support to Brigid’s family, friends, classmates, and anyone affected by this tragedy,” said Grose.

Last year she found a marketing company that assisted in the creation of 1,000 bags with a bright blue “B” – Brigid’s favorite color – on them. Due to a snowstorm, many of the luminary kits were not able to be distributed last year, and Grose was in touch with Curtin and Murphy, who once again supported the “light up the night” on this Dec. 17.

A group of parents paid for the luminaries last year, and Grose asked that anyone interested in donating instead make a donation to Westmoor Park in Brigid’s name. The outdoor classroom at Westmoor Park, built in Brigid’s honor with donated funds, was dedicated over the summer.