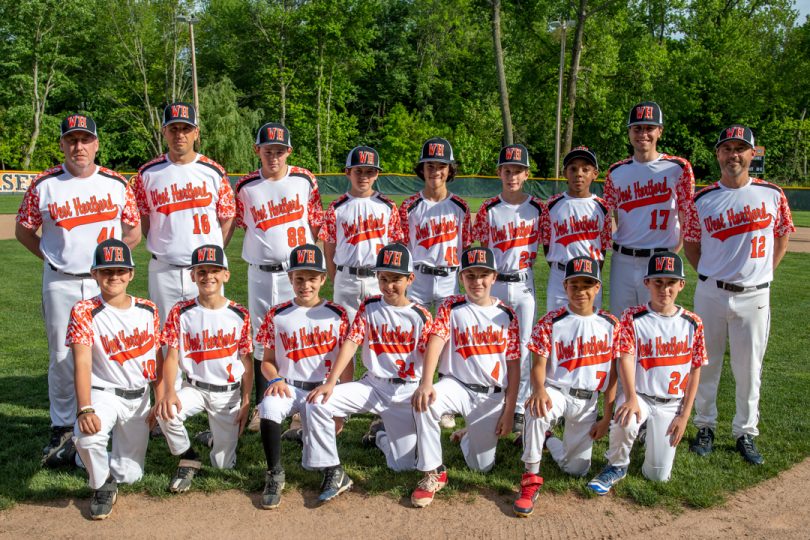 The West Hartford Youth Baseball League (WHYBL) 11U Hornets, a team that includes players from six different schools, has earned the opportunity to represent the region at the Cal Ripken World Series in Florida, which begins July 29.

The WHYBL 11U District Hornets were runners-up in the New England Regionals in New Canaan, CT last week – and earned the exciting opportunity to represent the region at the 11U70′ Cal Ripken World Series in Florida.

During the New England Regional Tournament, the Hornets defeated teams from Hudson (MA), Lowell (MA), Dover (NH) – the reigning Regional Champions who had never lost a Cal Ripken game – and Nashua (NH). The Hornets were defeated only in the Regional Championship game after going 3-0 in pool play and defeating Nashua, NH in the semi-finals.

The team looks forward to the CRWS, which is scheduled to occur in Treasure Coast, Florida between July 29 and Aug. 7. Teams from seven other regions throughout the U.S. will be in attendance, including international competitors such as Taiwan and Japan.

The Hornets’ families have seen their boys grow together as a team over the past year after having witnessed the team lose all their games in the state tournament last year as 10-year-olds. Through the West Hartford Youth Baseball League, this group of kids participated in fall baseball, winter clinics, and spring ball to get to where they are now.

The Hornets slugged over 30 home runs and their pitchers have struck out over 144 batters in 182 innings. All this hard work and dedication from coaches, players ,and families have led to this exciting summer and the opportunity to make lifelong memories on their upcoming trip to Florida.

The team would appreciate any support possible the community can offer to help fund the team’s travel expenses to Florida. A GoFundMe campaign has been established and can be found here. Thank you for considering and good luck to the Hornets!