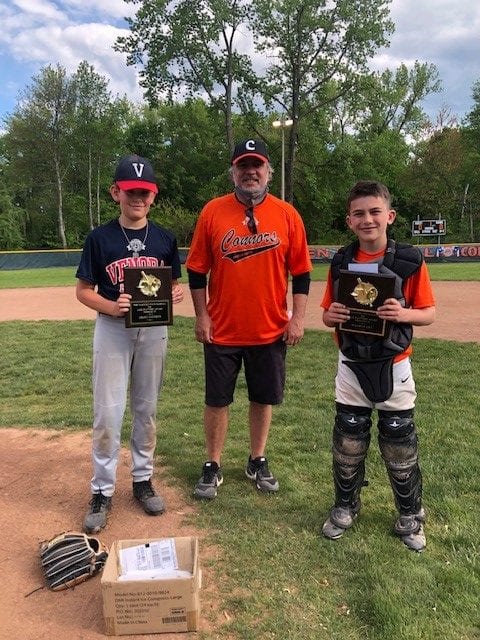 During the West Hartford Youth Baseball League All Star Weekend, the Jack Flattery Award was presented to Grant Davidson and Solomon Levy, and awards were also presented to winners of skills competitions. 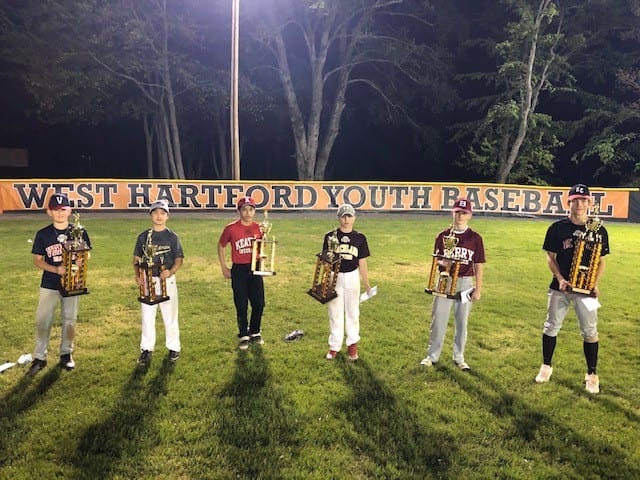 The Jack Flattery Award was established in 1991 to honor Jack Flattery, who served as a WHYBL Majors Division Manager for 22 years. Jack also served on many committees and was especially active in fundraising activities for the league. The award is presented each spring to two 12-year-old players who have consistently demonstrated good citizenship, sportsmanship, and leadership with their peers, as well as baseball ability.

While their leadership and sportsmanship stand out above anything else, they are also known around the league as team-first players, always willing to do what it takes to support their friends, coaches and teammates. They were both presented the award before the All-Star Game Saturday night at Wolcott Field by league president Rob Hanawalt.

WHYBL is proud to be the longest running and most experienced youth baseball league in West Hartford, providing memorable experiences for young baseball players and families for over 70 years. The league prioritizes increasing and sustaining love for the game of baseball by emphasizing baseball and athletic skill development in an environment that embodies and celebrates sportsmanship, teamwork, and fun.