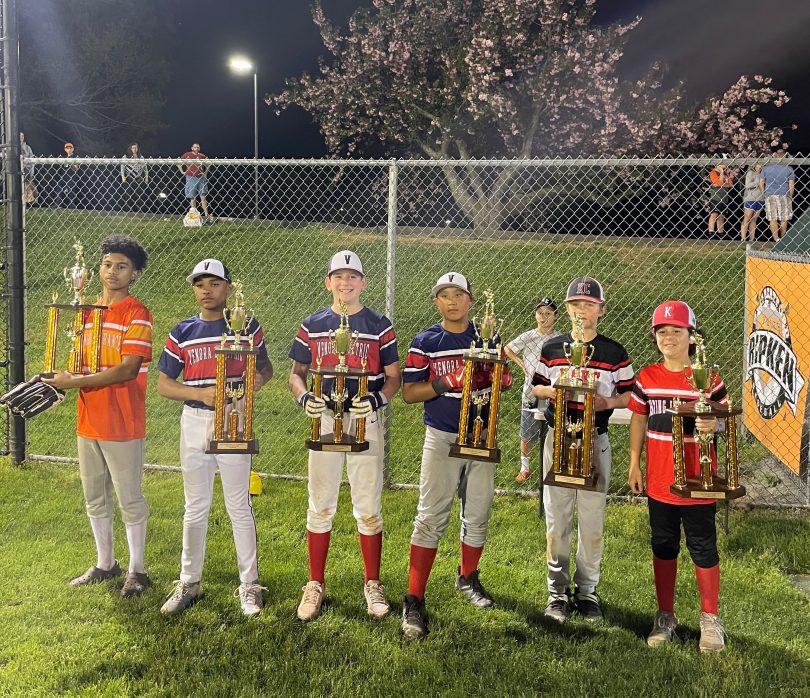 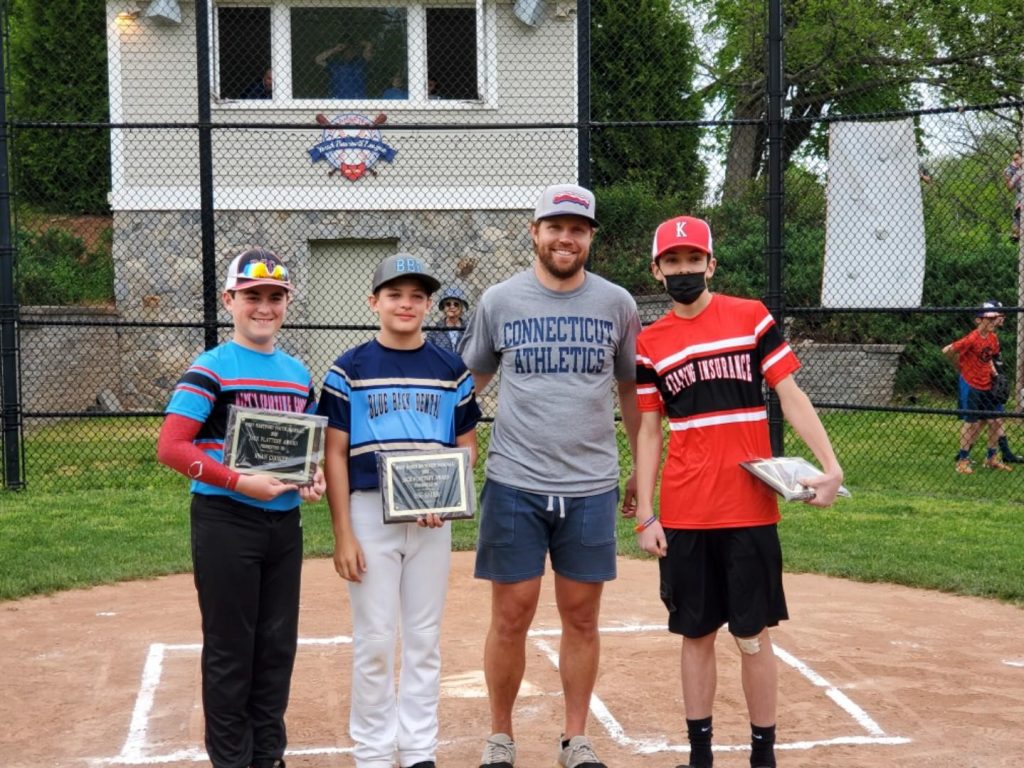 The Jack Flattery Award was established in 1991 to honor Jack Flattery, who served as a WHYBL Majors Division manager for 22 years and was especially active in fundraising activities for the league. The award is typically presented each spring to two 12-year-old players who have consistently demonstrated good citizenship, sportsmanship, and leadership with their peers, in addition to their baseball ability.

This year, however, as a testament to the high level of character exhibited by all the WHYBL Majors Division players, the award was presented to three individuals: Ryan Cooney, a sixth grader at Sedgwick Middle School; Kyle Rueckert, a seventh grader at King Philip Middle School; and Lou Sauer, a seventh grader at Bristow Middle School. These players were recognized by the current Majors Division managers for being positive role models, both on and off the field. These players received their awards from WHYBL President Cy Hess before the All Star Game held Saturday night at Wolcott Park.

In addition, WHYBL hosted its annual 12-Year-Old Skills Competition on Friday Night at Wolcott Park where players were given the opportunity to show their skills in the Road Runner, Golden Arm, and Home Run Derby events while being cheered on by an enthusiastic crowd of family, friends, fans, and WHYBL alumni. The winners of the skills competitions included:

Throughout All Star Weekend, WHYBL promoted the league’s new capital campaign to “Keep the Lights On” at Wolcott Park. The baseball field at Wolcott Park has given generations of West Hartford children the opportunity to play nighttime baseball under the lights. In fact, it is West Hartford’s ONLY baseball field with lights. At this point, however, the lights are long past their expected lifespan.

The Town has made outstanding improvements to Wolcott Park over the past few years and has some very exciting enhancements for the baseball field surface, dugouts, and seating areas planned for late this summer. To complete the upgrade, WHYBL is raising money to replace the existing lights with a state-of-the-art lighting system that will provide first class on-field lighting with less light spillover, higher energy-efficiency, and a smaller footprint.

WHYBL is proud to be the longest running and most experienced youth baseball league in West Hartford, providing memorable experiences for young baseball players and families for over 70 years. The league prioritizes increasing and sustaining love for the game of baseball by emphasizing baseball and athletic skill development in an environment that embodies and celebrates sportsmanship, teamwork, and fun. 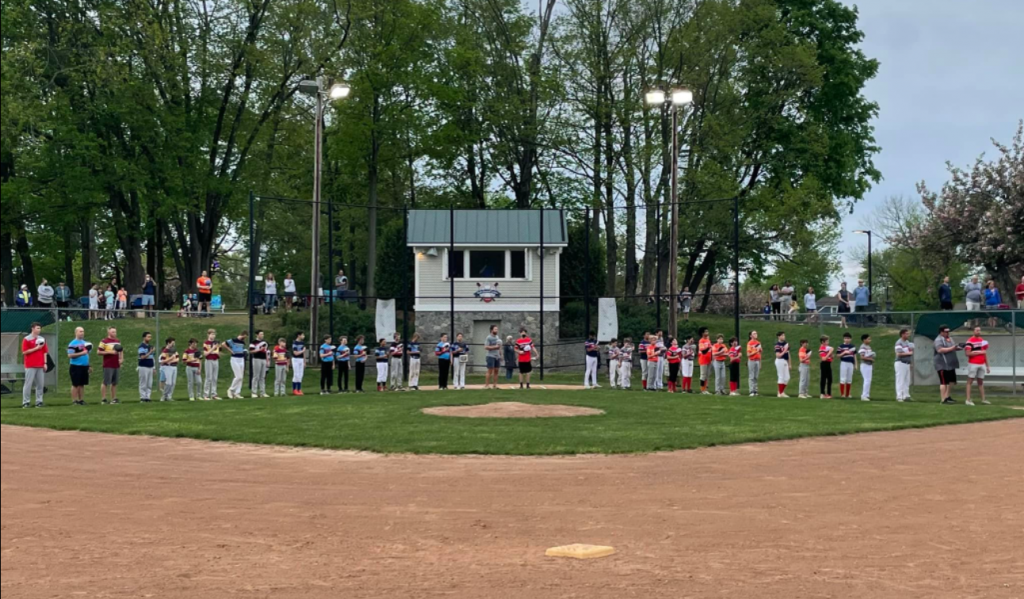 Participants in the West Hartford Youth Baseball League All Star game stand for the National Anthem. At left is “Team Jeter” and at right is “Team Masucci.” Courtesy photo