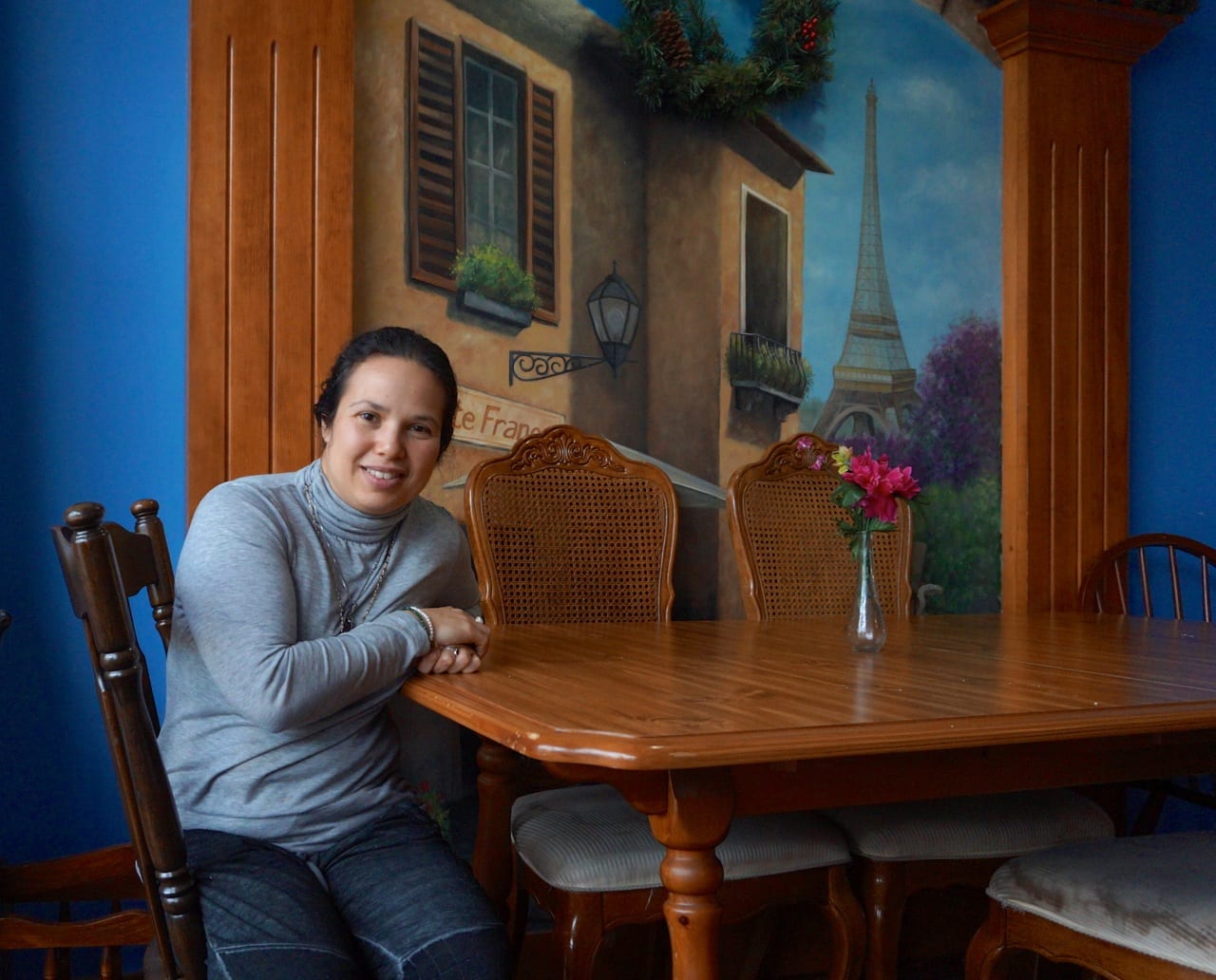 Alexandra Litor and her husband have owned the French bakery in West Hartford Center for more than seven years but she says yoga is her ‘calling.’ 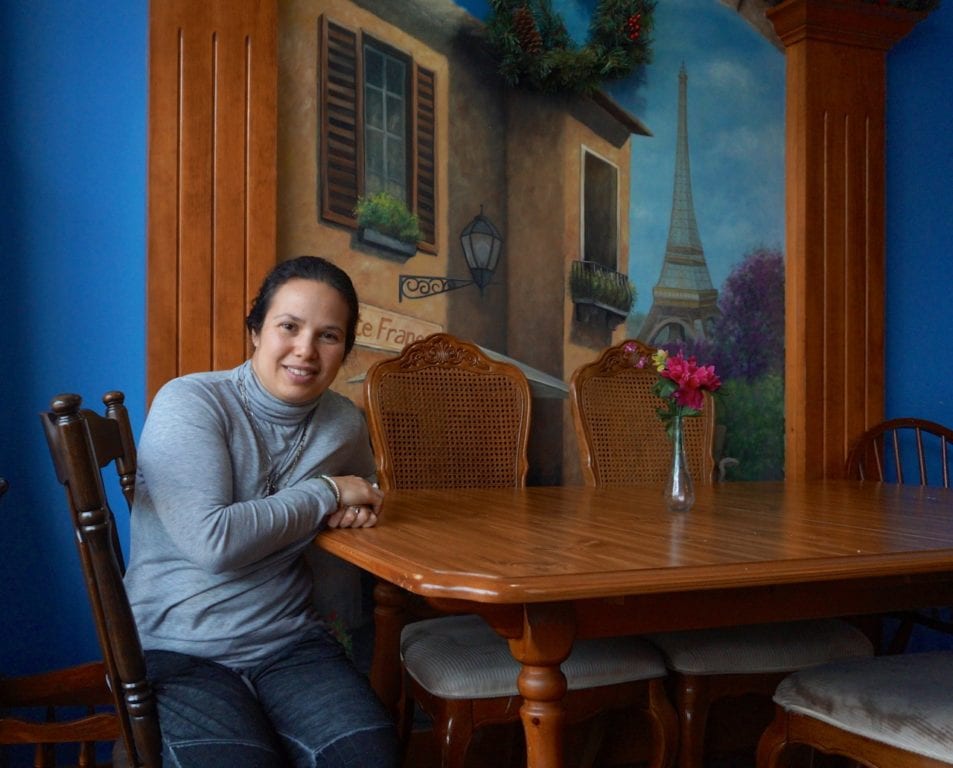 The news that La Petite France – the bakery that has occupied a prominent spot on Farmington Avenue in West Hartford Center for more than seven years – would be closing came as a shock to some when owner Alex Litor posted it on her Facebook page on Friday, but she said it’s something that has been in the works for more than a year.

“I’ve been doing yoga, and finished my training three years ago, but it just wasn’t happening,” Litor said.

She’s certified as a Kundalini yoga instructor and has wanted to teach, but with four children ranging in age from 10 months to 10 years and the seven-day-a-week job running a bakery and cafe, she just couldn’t find the time to pursue what has become her dream.

“I can’t do it on the side, especially with the kids,” Litor said.

Litor, now a West Hartford resident, is a native of France who came to Connecticut to earn her MBA at UConn. She and her husband Romeo, a French native who studied as a “Boulanger and Pâtissier” and has been doing all the baking, opened their first bakery in Stafford Springs (closed permanently in 2011 after a roof collapse) and then opened the second location at 967 Farmington Ave. on the Sunday before Thanksgiving in 2009. Their second child was an infant at the time. 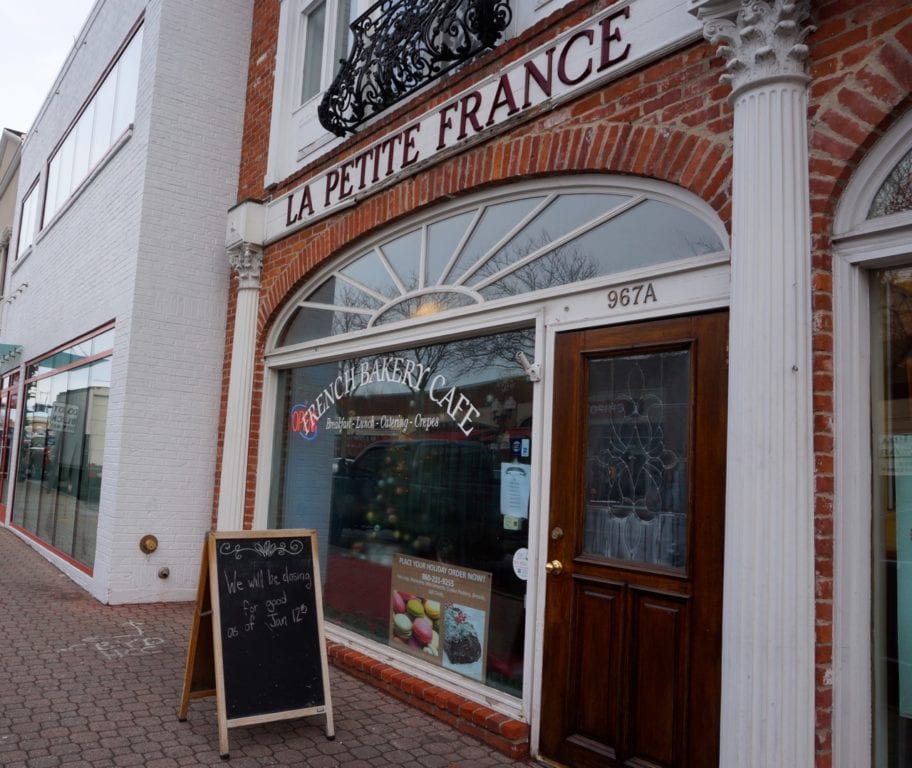 A sign posted in front of La Petite France at 967 Farmington Ave., West Hartford, indicates that the business will close on Jan. 12, 2017. Photo credit: Ronni Newton

“The timing was right,” Litor said about the decision to close La Petite France on Jan. 12, 2017. There has recently been turnover of staff and the Litors have had trouble finding a dependable team to help them run the business, and with a fourth child it’s gotten even more crazy, she said.

“I want to move on to a new thing. I love the business here, I love my customers and I know them. That’s the most difficult and tough part of it. But it’s like a calling,” she said of her decision to focus on yoga.

Litor’s initial plans are to teach several classes and workshops at Total Body Pilates & Yoga which is owned by a friend and located just across the town line at 2074 Park St., Suite 207, in Hartford. She also hopes to take on some students for private one-on-one classes to work on specific goals.

The type of yoga Litor practices – Kundalini yoga – is not as mainstream as other types of yoga, she said, but she thinks others will like it when they try it. “It’s very efficient, and designed for householders. It has a great effect and is very transformative,” Litor said.

Kundalini – known as “the yoga of awareness,” is a three-part experience all in one, she said. It’s a physical workout, but at the same time mental/emotional and spiritual. Breathing, meditation, relaxation, and chanting of mantras are all incorporated, she said.

It impacts the glandular system and “works all of your energy bodies,” Litor said.

“The idea is to strengthen your nervous system and have your glandular system work properly.” She said that after one session, people feel a difference. Rather than holding a pose as in many types of yoga, there is always movement.

Litor also plans to use a gong in her practice. “It clears your chakra, aura, and energies for healing,” she said. She would also like to work with essential oils.

“I would love one day down the road, maybe in five years when the kids are older, to have a yoga center,” Litor said. She envisions yoga classes for adults, activities for kids, and food. “But it’s a lot of responsibility and work.”

In the short-term, Litor will focus on the last few days of running La Petite France. The crepe cart is for sale, and she urged customers to come in and stock up on their favorite French pastries, many of which freeze well.

La Petite France is also “the only place to get a King’s Cake,” a specialty that’s traditionally eaten on Three Kings Day which is Jan. 6, Litor said.

La Galette Des Rois – King’s Cake – can be ordered in advance through La Petite France’s website. The cake is a puff pastry filled with frangipane cream (a mixture of custard and almond cream), with a small charm hidden inside.

Litor said the closing of La Petite France will also be a big change for her husband, Romeo. “He’s always been a baker,” she said. Romeo plans to start his own cleaning company using all natural products, she said.

La Petite France will be open daily until closing on Jan. 12. For more information, click here for their website or call 860-231-9255.