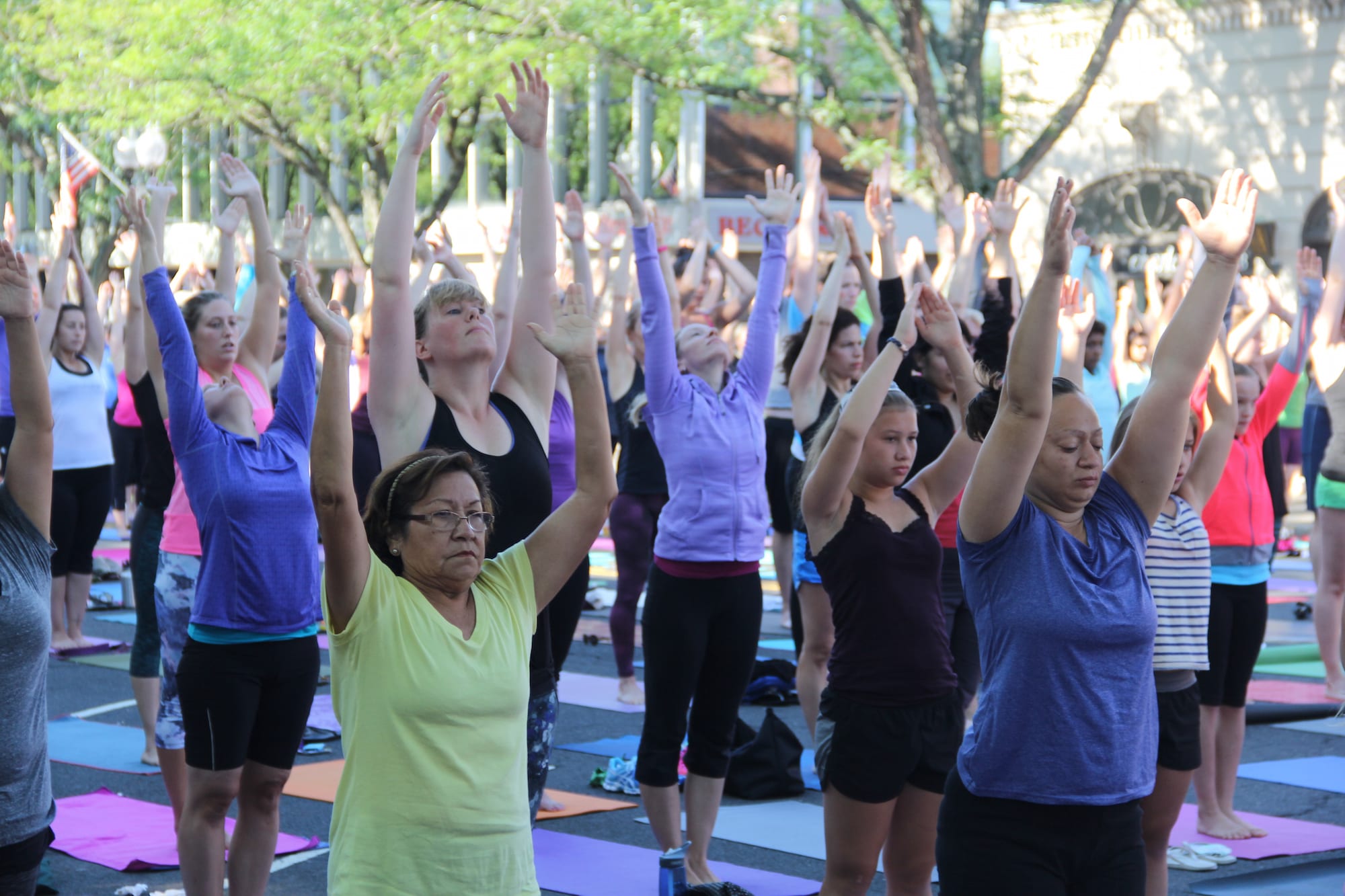 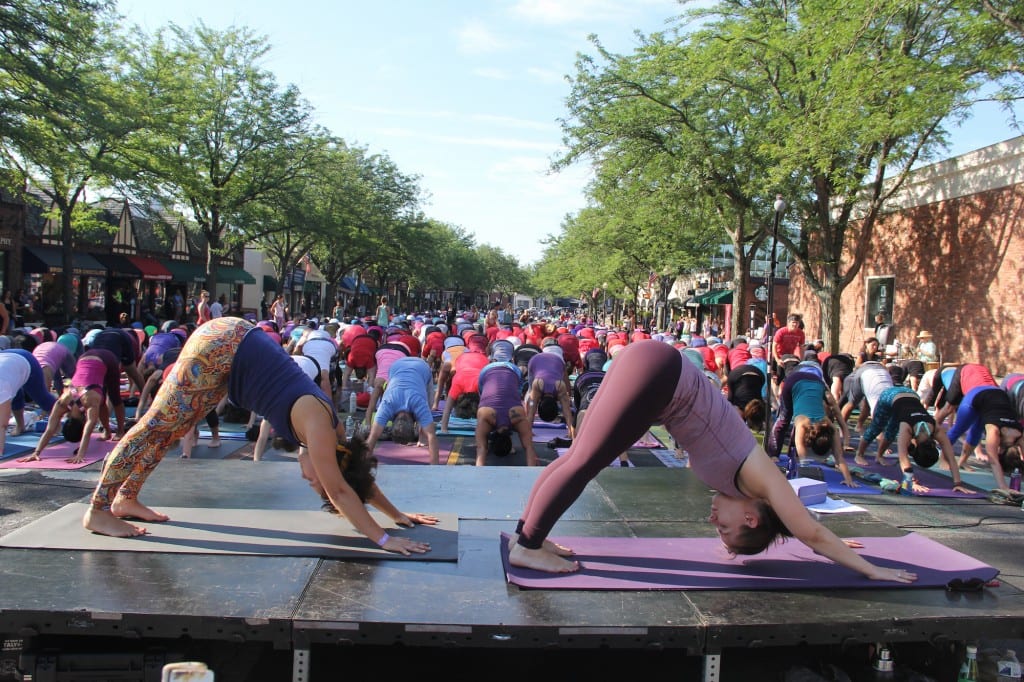 LaSalle Road in West Hartford Center will be jammed with people on Saturday morning, July 23, but the crowd is virtually guaranteed to be peaceful.

Saturday marks the sixth annual “Om Street: Yoga on LaSalle” event, and organizers are hopeful that at least 2,000 yogis will show up for the 75-minute free outdoor practice in West Hartford Center. The class will be led by Barbara Ruzansky, owner and director of West Hartford Yoga, and is scheduled to run from 8-9:15 a.m.

“We’re working with more than 30 studios this year, including some that are new to the Connecticut area,” said West Hartford Yoga Studio Manager Jen Leavitt. In addition to WHY, West Hartford-based studios include the brand new Starr Yoga, Anytime Fitness, Copper Beech Institute, Lifer Fitness, Orangetheory Fitness, and the Yoga Shop. A complete list of participating studios can be found below.

Leavitt said that there were nearly 1,800 who attended last year’s Om Street event, and from what she has seen thus far through social media, there’s quite a buzz about the 2016 event. The banner hanging on West Hartford’s Town Green is also attracting a lot of attention.

“People are excited, they have been posting about it. It’s a great opportunity for the entire community to come out, whether you are affiliated or not affiliated with a studio,” she said.

“It’s an accessible, all-levels practice,” Leavitt said. The class is structured so that it can be taken up or down a level. In the past there have been many kids who have come with their parents, and Leavitt said it’s a great opportunity to be together.

Each participating studio will provide one or two instructors, and WHY will have 10 instructors on site to lead the practice. Leavitt said that instructors will be demonstrating in the front as well as in the middle of the pack so that everyone should be able to follow. Some of the instructors will also be walking around providing assistance.

Live music – on drums, gongs, and the didgeridoo – will be provided by DidgeDrum.

The first “Om Street” took place on LaSalle Road when yoga-focused retailer Lululemon opened in the summer of 2011. Although Lululemon left West Hartford Center for Westfarms in late 2015, they will be back in their old spot at the corner of LaSalle Road and Farmington Avenue on Saturday morning with a pop-up shop and trunk show at Bluemercury – the makeup/skincare/spa that now occupies the 987 Farmington Ave. space.

“Bluemercury is excited to be hosting the ultimate pre/post yoga bliss party this weekend,” said Manager Lauren Orozco. The party starts at 6 a.m. and will feature a trunk show of Lululemon fashions paired with Bluemercury’s indulgent beauty products, expert advice, and spa services, she said.

If you come straight to the yoga, Leavitt recommends getting there by 7:30 for a space near the front. She also suggested bringing water, and two yoga mats if you have them. “It’s a road,” she said, not the surface on which many are used to practicing.

July 30 is the rain date, but the forecast for Saturday looks good. “We’ve all been doing our weather dance,” Leavitt said.

Count on “Namaste” being the word of the day on Saturday in West Hartford.

For more information, visit West Hartford Yoga’s website or follow them on Facebook. There is no need to register for Om Street, but you can indicate your plans to attend on the official Facebook event page, and use the hashtag #omstreet16 when posting on social media.