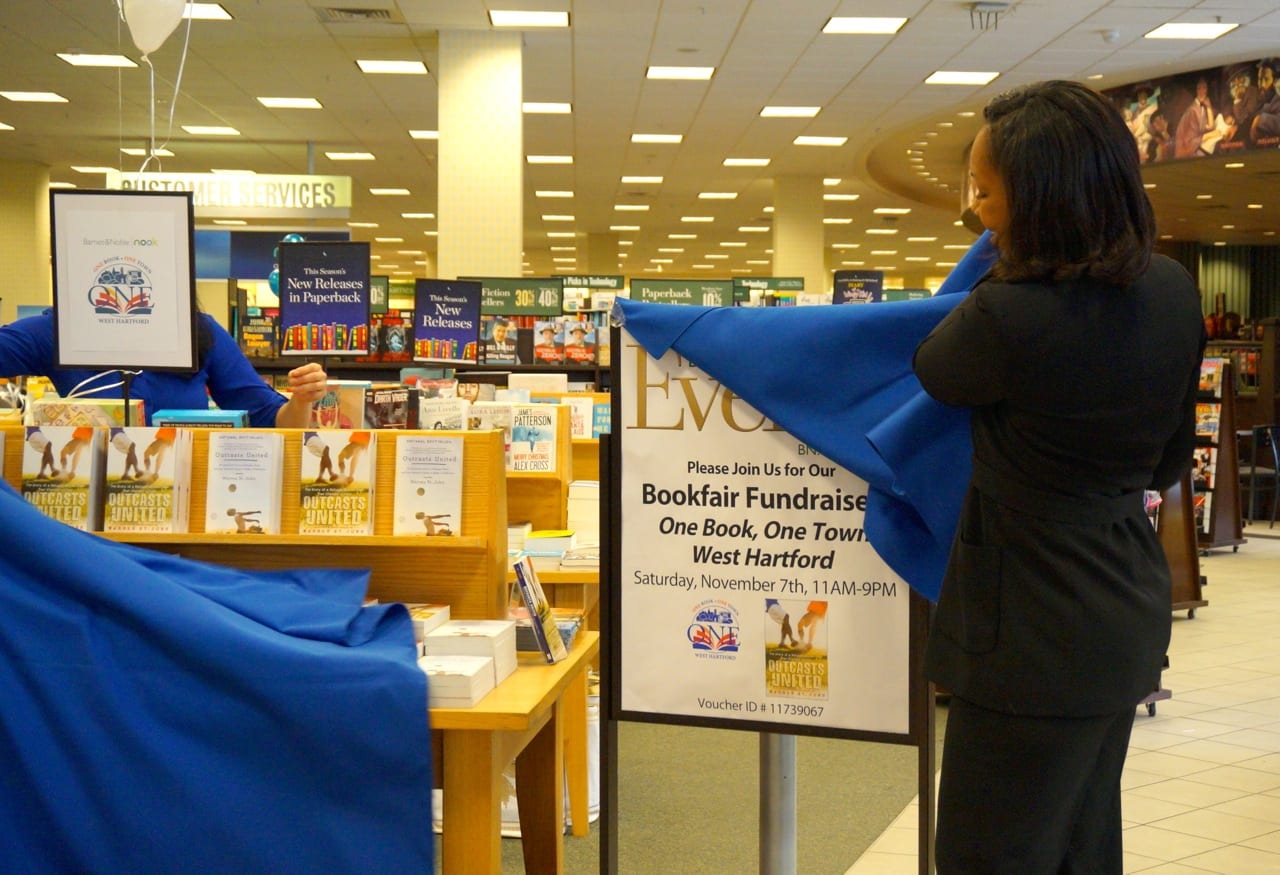 The book that West Hartford teens and adults will all be reading was unveiled Saturday morning at Barnes & Noble in Blue Back Square. 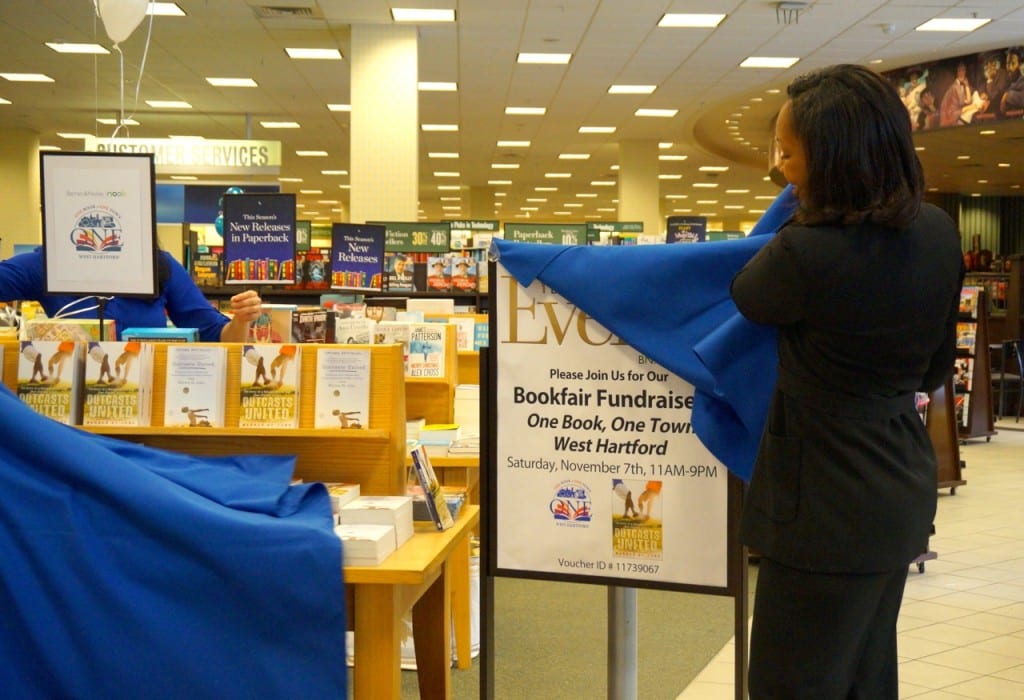 For the next several months, people throughout West Hartford will have one more thing in common: teens and adults will be reading “Outcasts United,” a non-fiction bestseller by Warren St. John that has been chosen as the town’s inaugural “One Book, One Town” selection.

“Outcasts United,” the true story of a disparate group of refugees in a southern town who are united by Luma Mufleh, an American-educated Jordanian woman who starts a youth soccer team, was chosen for the themes of acceptance, inclusion, and diversity awareness that it celebrates. 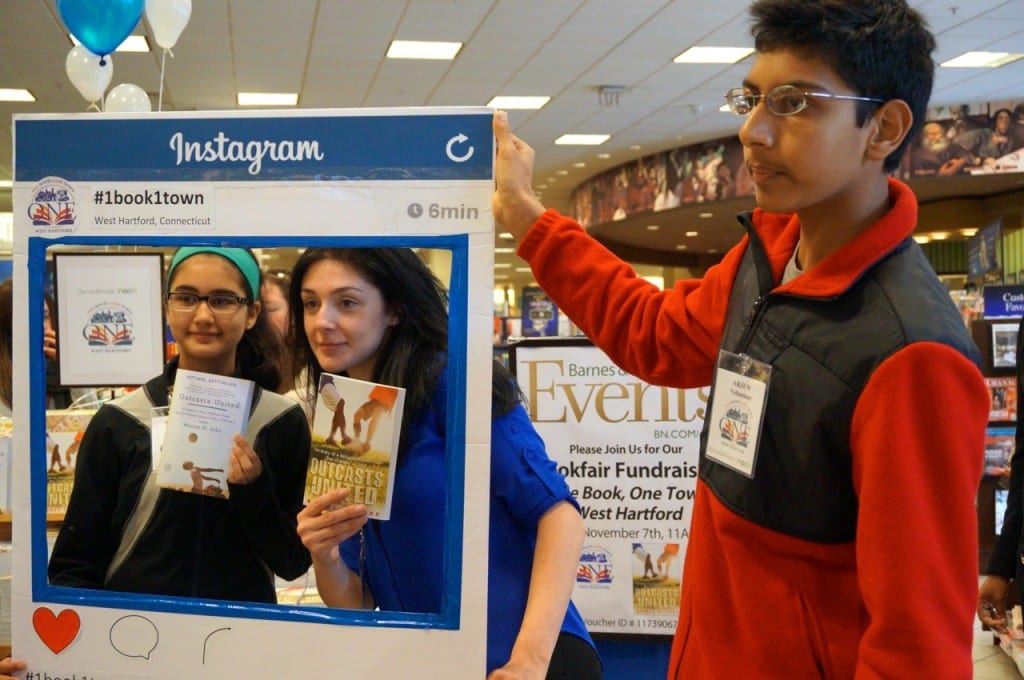 Not only does the chosen book deal with themes of unity, the One Book, One Town initiative is also intended to unify the West Hartford community. “It can have a profound and far-reaching potential to be a unifying part of the community,” Haskins said. The themes of the book are closely aligned with the work the town has been doing to “embrace the diversity among us,” she said.

Haskins said she hopes that people reading the book, in waiting rooms, on CTFastrak, in coffee shops, will engage in dialogue with each other. 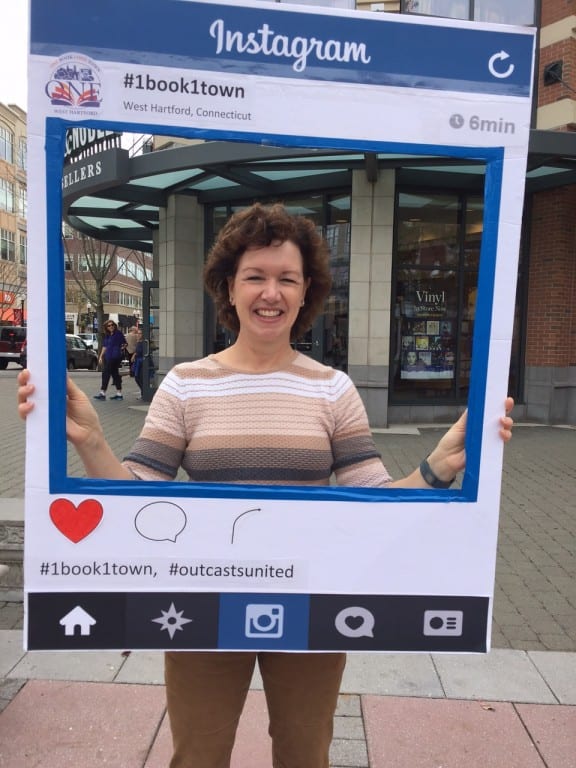 West Hartford’s Public Relations Specialist Renée McCue said that the non-fiction book is well-suited for this initiative because of themes it addresses and the “timeliness of multi-cultural events that are occurring right now in the world.”

“We wanted a book that was available in two editions – for adults and teens – so we could have wider readership,” Judy Wyman Kelly of the Human Rights Commission said. “Outcasts United” will also relate well to West Hartford resident because a lot of people in town love soccer, she said.

The young adult edition is appropriate for middle schoolers, while older teens will likely read the adult edition.

Director of Elementary Education Kerry Jones said that even though the book is not geared toward elementary schoolers, she’s hoping that parents of younger students will embrace the initiative. “It’s a way to reach parents and promote literacy, and bring the community together,” she said.

A variety of books that include many of the same themes as “Outcasts United”  have been chosen for elementary school students to read. 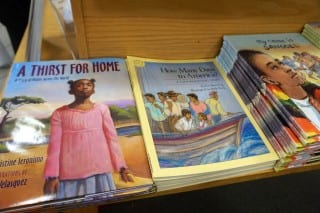 An assortment of picture books with similar themes have been chosen for elementary school students. Photo credit: Ronni Newton

English Department Supervisor Kris Nystrom said that while “Outcasts United” will not be required classroom reading in the high schools, “We are going to encourage it.” The themes are universal, and students will be encouraged to make connections to other texts, he said.

Special events surrounding “One Book, One Town” will be held beginning in January, and the event will culminate during National Library Week in April 2016.