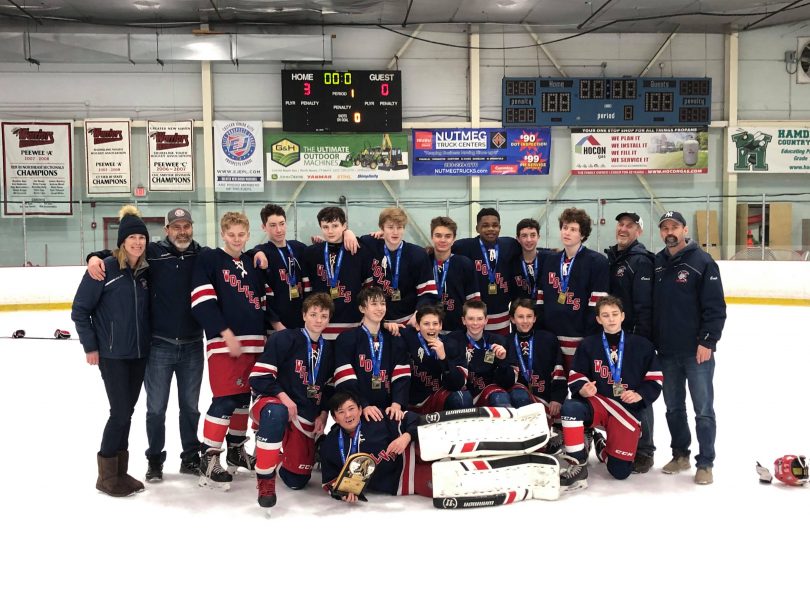 On Sunday February 23, at the Northford Ice Pavilion in North Branford, CT, the West Hartford Wolves Bantam A hockey team won the Tier 3 CT State Championship after going 6-0 throughout the tournament.

Many of the players have played together for West Hartford Youth Hockey since they were 6 years old and for some of them this marks their third straight state championship.