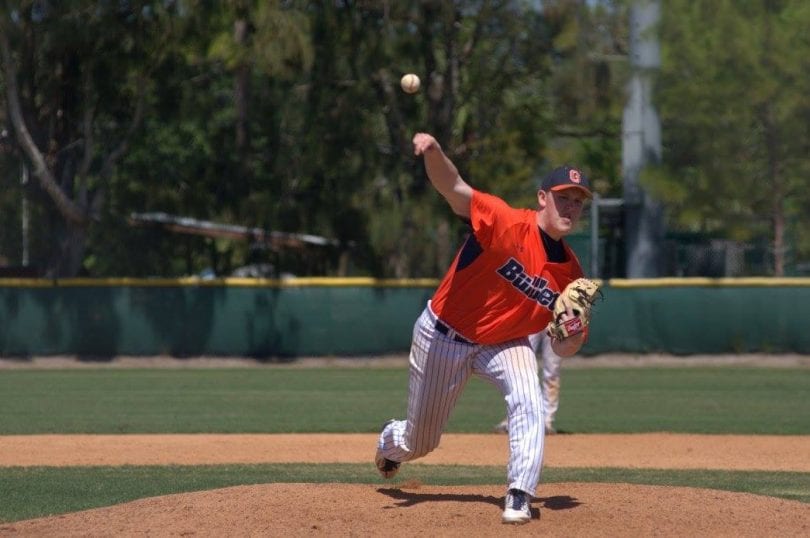 Sam Dobbins of West Hartford has been recognized for his performance in the Connecticut Collegiate Baseball League.

The Gettysburg College incoming Junior right-handed pitcher led the Connecticut Thunder to the 2017 regular season pennant, going 8-1 with a 2.25 ERA, while averaging seven strikeouts per outing. He saved his best performance for the playoffs, beating the Manchester Mavericks 3-1 in game two of a best-of-three series.

Assistant Coach and GM Rick Sanford said, “Sammy started the season as our number three guy in the rotation but quickly became our go to guy down the stretch. I’ve watch Sam over the last few years at Hall and then with us in American Legion. We always felt that he had the potential to be this type of pitcher. His velocity was up, his command of all three pitches was there and he really threw a heavy ball which resulted in a lot of groundball outs when contact was made. This result is clearly from him working harder each off season and waiting for his turn,  I’m excited for him to receive this award and look forward to him having success this spring at Gettysburg.”