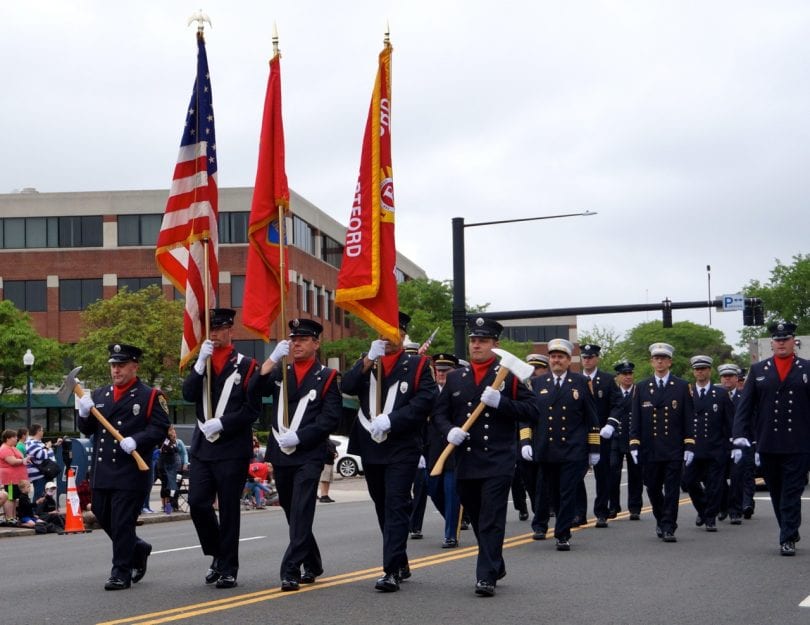 West Hartford will observe Memorial Day on Monday, May 27, with a parade followed by a Memorial Service, and residents should note that trash and recycling pickup will be delayed by one day all week.

West Hartford will hold its annual Memorial Day Parade – a tradition that was established in the 1920s to welcome veterans home from World War I – on Monday beginning at 10 a.m. 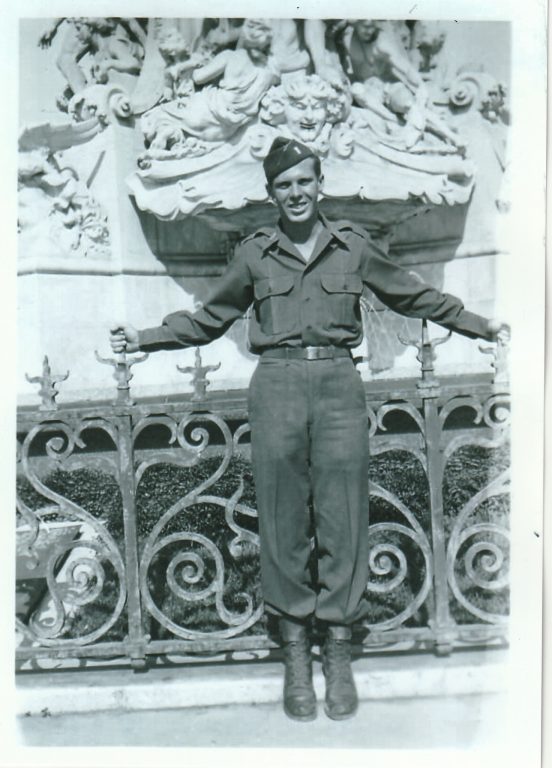 John Danaher Jr., a 97-year-old veteran of World War II and a Bronze Star recipient will serve as grand marshal of this year’s parade.

Danaher, who has lived most of his life in West Hartford, served in the U.S. Army from 1942-1947, and fought in the invasion of Southern France. He was awarded two Bronze Stars and was a captain when he was honorably discharged.

Danaher, who earned a bachelor’s in business administration from Georgetown and master’s in special education from the University of Hartford, worked for the FBI for nearly 30 years, from 1947-1975, as an agent as well as a firearms, defense tactics, and bomb instructor. He went on to become president of private detective agency Danaher Investigations, Inc., which specialized in civil, criminal, and liability issues.

He also has been involved in many community activities in West Hartford, including teaching special education classes at St. Mark’s School, leading Cub Scout and Boy Scout packs, and serving on the St. Thomas the Apostle Church Council. He also volunteered at St. Mary’s Home and Hospital in pastoral care and as a a hospice and eucharist minister.

The Memorial Day Parade will begin at 10 a.m. at the corner of Woodrow Street and Farmington Avenue, and will end at Town Hall.

Bands from Conard, Hall, Bristow, King Philip, and Sedgwick will be participating in the parade, along with color guards from various organizations, veterans, civic groups, scouts, and sports teams.

At approximately 10:35 a.m., C-135 military jets will roar above West Hartford. The specially-coordinated flyover will be provided by the 103rd Unit of the Connecticut Air National Guard, based at Bradley International Airport.

In case of rain, the parade will not take place Monday and will not be rescheduled.

Any questions should be directed to Renée McCue at 860-561-7521 or [email protected]. Additional information is available on the town’s website.

“Immediately following the parade each year, a brief but poignant Memorial Day ceremony is held at the Veterans Memorial to bring special meaning to the holiday,” Renée McCue, parade coordinator and public relations specialist for the Town of West Hartford said in a news release. 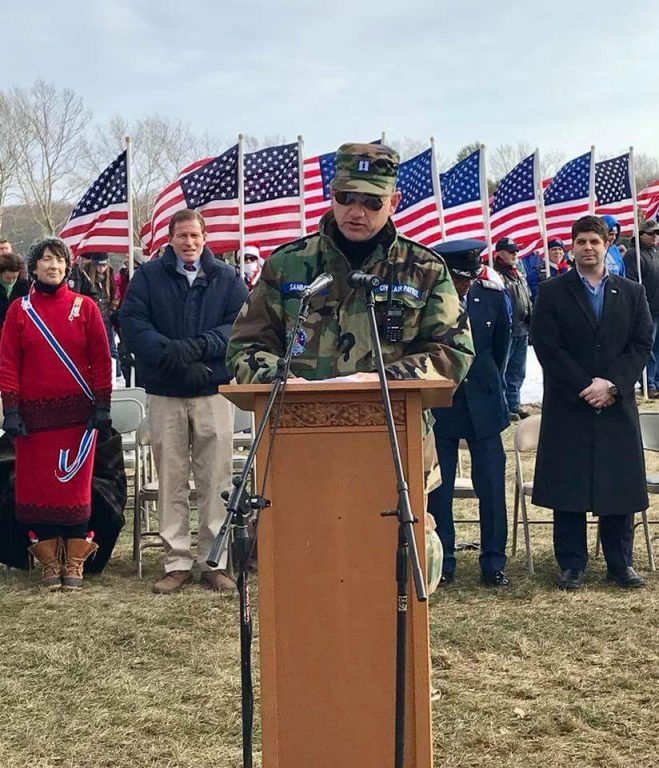 The Connecticut Veterans Memorial is located at the corner of Farmington Avenue and North Main Street. If the parade is canceled due to rain, the ceremony will take place at West Hartford Town Hall Auditorium at 11 a.m.

Town Manager Matt Hart, a U.S. Army and U.S. Army National Guard veteran, will serve as emcee for the service, and West Hartford resident Capt. Joseph Sanborn, a member of the U.S. Air Force Auxiliary since 2012 and the Connecticut logistics coordinator for Wreaths Across America, will give the keynote address.

Wreaths Across America spreads “the message about the importance of remembering our fallen heroes, honoring those who serve, and teaching our children about the sacrifices made by veterans and their families to preserve our freedoms by laying wreaths at more than 1,600 veterans cemeteries in all 50 U.S. states, at sea, and abroad.”

Sanborn, a resident of West Hartford since 2006, coordinates the annual wreath-laying at the Connecticut State Veterans Cemetery in Middletown. This year’s event will be held on Dec. 14.

He said was inspired to coordinate Wreaths Across America by his father’s service with the U.S. Marine Corps during the Korean War, and now truly understands the sacrifices of those who serve.

The program will include a speech by Mayor Shari Cantor and Town Historian Tracey Wilson, who will be joined by Renbrook students Landon Schlossinger and Hannah White  who recently requested to have Prut, an enslaved West Hartford resident who died at Fort Ticonderoga, added to the Revolutionary War portion of the Veteran’s Memorial. Prut’s name was engraved Thursday morning.

Stephanie Reuning-Scherer of Conard High School will sing the National Anthem, and Camille Townswick of Bristow Middle School and her father Don Townswick will end the ceremony with Taps.

Danaher will present the memorial wreath at the ceremony.

Parking is free all day on Monday, May 27 at all municipal parking sites other than garages where fees will apply.

On-street parking, however, is prohibited beginning at 12:01 a.m. on May 27 until the parade is completed on the following parade route streets:

West Hartford Police noted in a press release  that several of the streets surrounding the parade route that provide access to South Main Street and Farmington Avenue will be closed beginning at 9 a.m. Through traffic is advised to seek alternate routes. Roads are expected to clear by 1 p.m., police said.

Municipal parking will resume normal operation on Tuesday, May 28, 2019 at 6 a.m.

Trash, recycling, and bulky collections during the week of May 27-31 will be one day late following Monday’s Memorial Day holiday. According to Paine’s, Monday’s collection will be done on Tuesday and all other collections will also be moved ahead one day.