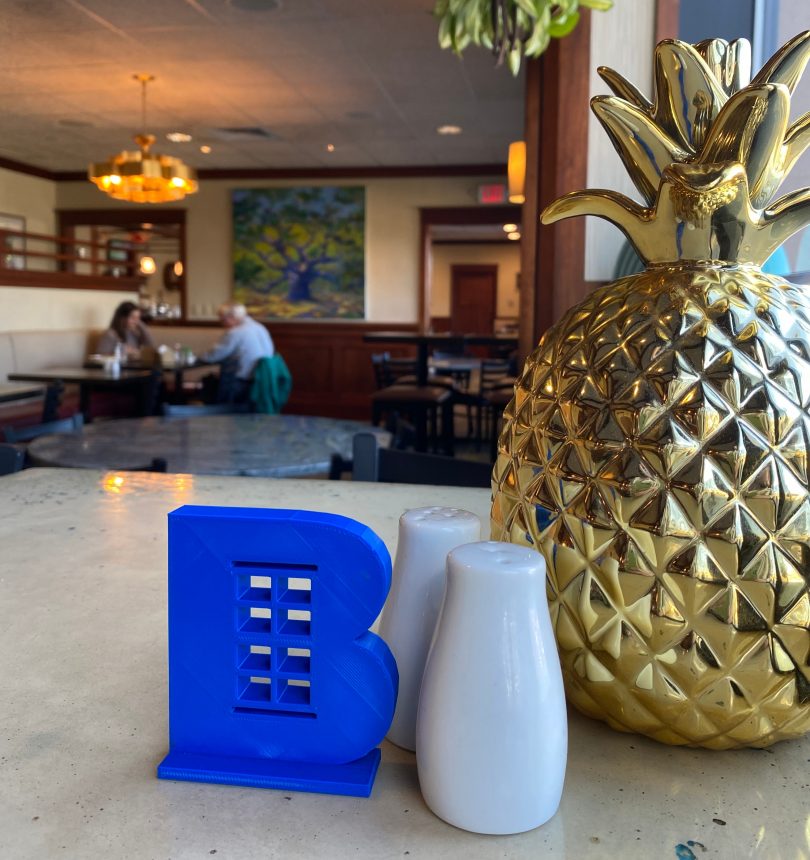 Flora, located on Raymond Road, was the featured business in Week 4 of “Where in West Hartford?” Courtesy photo

Scott Broder and the rest of the Broder Team at William Raveis Real Estate were brainstorming ways to support local businesses.

“It started out as ‘How can we make it fun to support local businesses?’” he said, and that’s how “Where in West Hartford?” was created.

The contest engages their entire office team. “Everyone on the team picks five places of their choosing,” Broder said. Then they create clues, and post a different video clue, along with a written clue, on Instagram (@broder_team) each week on Thursday. Guesses must be submitted by direct message, so it doesn’t spoil the contest.

The winner, chosen randomly from the correct guesses, gets a $50 gift certificate to the featured business, which has been purchased by the Broder Team. The winners are announced on Wednesdays, the day before the next clue is posted.

The video of the Week 6 drawing can be seen here.

The contest launched in late March, and the first week there were about 20 guesses. The clue was “A keen eye tells you everything you need to know” and the video showed the team’s signature “B” sitting on a bar. The answer was Barcelona.

“Now people are getting excited about it,” Broder said in a recent interview. Each week there are more and more people engaged, waiting for the video clue to appear. It’s helped increased their Instagram followers, and supports the featured businesses financially while also promoting their social media. Many of the new followers are people in their 20s, and the contest has been a great way to reach a new demographic.

In week 4, the “B” sat next to a pineapple. The written clue was “the scientific way of expressing all plant based life on earth.” Flora was the answer.

In Week 5, “this is where you take your mother-in-law to brunch” was accompanied by a video of the “B” sitting on the side of a bathtub. If you’ve ever eaten at The Place 2 Be it was an easy one – but could definitely be a challenge if you haven’t been there. 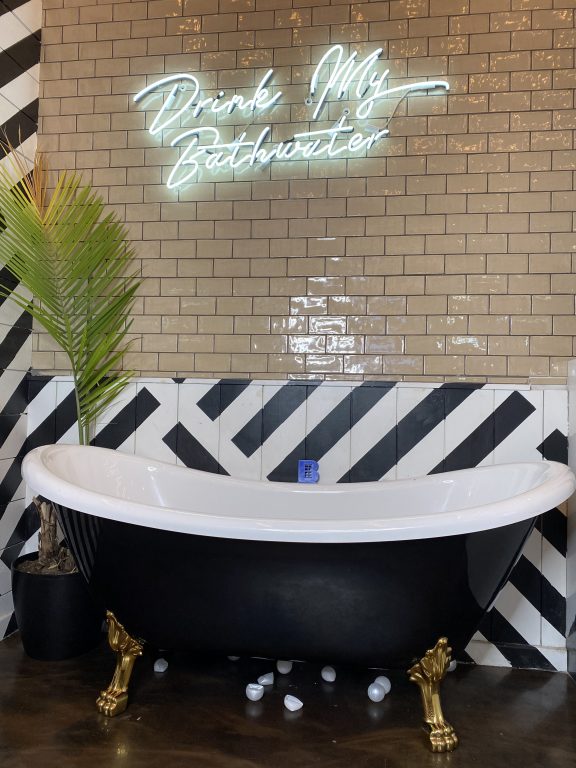 In Week 5, the Broder Team’s “B” was perched on the edge of the bathtub at The Place 2 Be in Blue Back Square. Courtesy photo

The same goes for “Oh to be a dragon fly on the wall” as the clue for Week 12.

Some of the clues are more plays on words, such as “Don’t go baking my heart” which was the clue for the 11th week – with the right answer being Hartford Baking Company.

The photos help, too.

“We try to take a picture that’s distinguishable,” Broder said. He said there have been some wrong guesses.

The Broder Team plans to run the “Where in West Hartford?” contest for at least a year, maybe even longer.

The winners thus far have been:

“It’s been restaurants so far, but it won’t always be restaurants,” Broder said. “It’s all about promoting the businesses.” 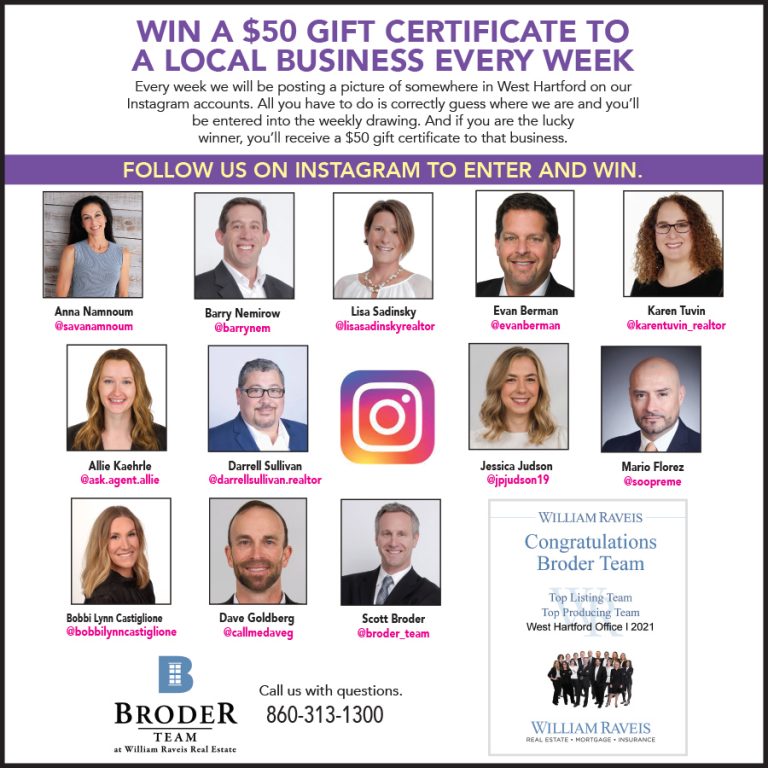 Members of the Broder Team each get to choose five businesses to feature in the “Where in West Hartford?” contest