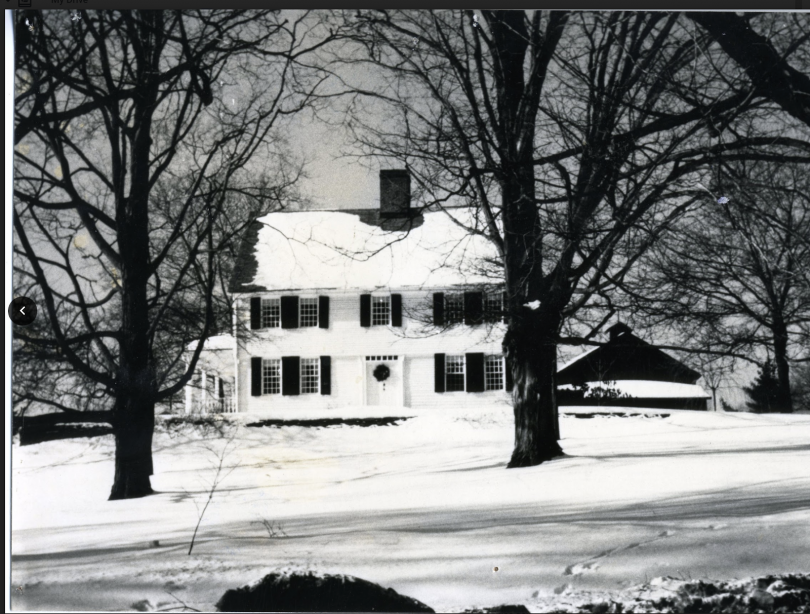 This is the second in a series of history articles provided by West Hartford Town Historian Tracey Wilson, as we all make our way through the pandemic of 2020. Wilson hopes the articles can provide a diversion, and invites comments by those who remember or know something more about the topic. Many will be excerpts from her  2018 book “Life in West Hartford.”

We first learned about York from the 1753 will of Anne Prentiss Hosmer, a woman who outlived her husband Stephen by 22 years, after 31 years of marriage. Perhaps York’s arrival in her household around the time of her husband’s death helped keep his estate running. We also know about York from a 1711 addendum to the will of New London’s Stephen Prentiss, father to Anne.

York was born in New London c. 1705 to an Algonquin woman named Rachel (c.1666-1751) and an enslaved African man York, who probably arrived in New London via the West Indies. New London’s Congregational Minister, Rev. Eliphalet Adams enslaved York around 1704. Rachel’s status was a servant, a result of the Treaty from King Philip’s War (1675-76) that gave directions about captives. She and York had seven children, the child York being the third youngest. John Prentiss, in this legal document, willed to his daughter Irene, Rachel (the mother), “a boy named Yorke, freed at 35,” and a little girl … named Dido, to be free at 32.” He also willed to his daughter Anne Prentiss Hosmer and her husband Thomas Hosmer a woman named Simone, Rachel and York’s oldest daughter.

Many of these historical details come from a 2013 book by Allegra Di Bonaventura called For Adam’s Sake: A Family Saga of Colonial New England. DiBonaventura provides a dense and fascinating portrait of life for New London’s Joshua Hempstead, who kept a diary from 1711-1758.  In this diary, the historian learned about Adam Jackson, a man Hempstead enslaved for over 30 years, and he is the focus of the book.  She writes as well about John Prentiss, Rachel, York and their seven children. Her statement, “… the fates of her (Rachel’s) other children remain unknown” (p. 274) is no longer accurate as we trace the lives of York and Simone here in the West Division.

When Prentiss died in 1715, Rachel’s children were “inherited” by Prentiss’ five daughters. Simone was then enslaved by Anne Prentiss Hosmer and her husband Thomas of the West Division. Prentiss deeded three family members, Rachel, York, and Dido to daughter Irene who moved to Hartford by 1721, with York. In 1726, Irene married Naboth Graves and in 1730 had twin daughters. It is possible she died in childbirth and at that point, York was deeded to her sister Anne in the West Division. Rachel and Dido were freed in New London, probably before Irene moved to Hartford.

When York arrived in the West Division, he joined his sister Simone, who had been held captive by the Hosmers probably since John Prentiss’ death in 1715. What was that reunion like? How would Simone, probably 10 years older than York in 1730, she 35 and he closer to 25, greeted one another? Would they have spoken their Algonquin language or would they have greeted each other in English? Would others have noticed their half Algonquin half African background?

By law, children born to an Algonquin mother were free, as enslaved status moved through the maternal line. How did Prentiss enslave this family through the healthiest years of their lives?

And did the Hosmers know of these promises of freedom made in 1711 by John Prentiss? What was York’s first language? And did he befriend Occusk, Melosh, “Thomas Indian,” Hannah Squaw, Adam Squaw all who lived in and around the West Division? They were all Algonquin people found trading with a West Division merchant John Whitman in the mid-18th century.

Stephen and Anne Hosmer also enslaved Lew, Kate, Hannibal, Hercules, and Caesar, as well as York and his sister Simone. The Hosmer’s main property included a sawmill and gristmill, established in the 1690s by the first Stephen Hosmer (1645-1693) and their acreage proceeded north and west from there. The Daniel Hosmer house (c. 1774) still sits at the southwest corner of North Main Street and Asylum Avenue.

York’s importance to our town’s history lies in the work he did to build the Hosmer fortune, the challenges his enslaved status makes to our sense of fairness about legal documents, and the questions he raises about how he lived his daily life.

Our Witness Stones – West Hartford Project provides a way for us to witness and honor the contributions of enslaved people like York who helped build our community as we develop a more accurate history of life in this town in its first century.

By June 2019, we placed 12 stones for George, Jude, Chris, Hannibal, Caesar, Hercules, Simone, Bristow, Prut, Page, Pompey, and Ben in the Old Burial Ground on North Main Street near Bristow’s gravestone. We hope to install 12 more this year. One of the key components of the project is that students, like the 7th and 8th graders at Solomon Schechter, use primary and secondary sources to develop the context in which the enslaved people lived and then develop that person’s story.

As we find out more about the texture of 18th century life, we realize that the residents in the 18th century, residents of our town, included people of African descent, Algonquin (Tunxis, Wangunk, Saukiog) descent, English descent and native born.  It makes us wonder, how did they live together in the town? How did they define community?