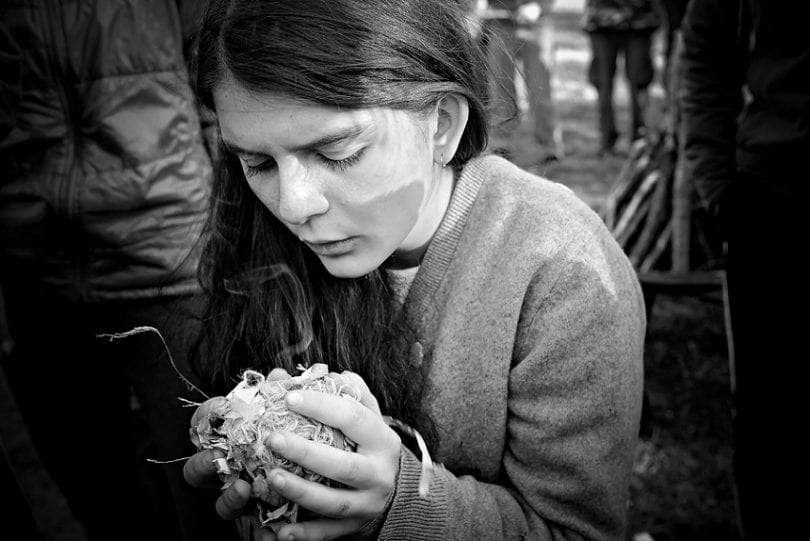 Phyllis Meredith’s black and white photographs will be on display through the month of April.

Lifestyle photographer Phyllis Meredith has an exhibit of black and white images of teenage girls on display at the Noah Webster Library this month, an exhibit which she believes provides an important counterpoint to the prevalent images of girls most often seen today.

Meredith calls the exhibit “Wild Daughters,” and said it deals with issues about which she feels very strongly.

Meredith has been a photographer for more than 20 years, and said she is very excited about this project. In her artist statement she said, “Even in this time when we realize the mental and physical health benefits of ‘going out into nature’ we do not tend to see girls in images with true nature connection. We still mostly see boys playing in mud puddles and learning knife skills. People may bristle about the negative images girls are shown in mainstream media, but where are the images of girls learning fire building, tracking, knife skills? I feel that what we need to remember is that we are nature, we don’t need to go out into nature, we need to reconnect with the fact that we are nature, what happens to nature has a direct connection to humans, because we are interconnected.”

“It was not that long ago that girls and woman were revered for their earth skills. Their ability to find wild edibles, their ability to mix up herbal medicines, to know the rhythms of the earth, to track wild animals, to swim and cleans in the wild rivers. As we push for girls rights in the world, we still do not teach knife skills, or fire building, we shy away from these skills, feel girls who know how to make a burn out bowl or spoon ‘march to their own beat,'” Meredith said.

Meredith believes that girls and women should be celebrated for their “special place in the rhythm of the natural world,” and her photographs show teenage girls getting muddy, building shelters, and learning skills they need to survive in the natural world.

Encouraging girls to connect with nature is important, and Meredith believes it will make them healthier and stronger.

“I would love to encourage everyone to not go out to just get from point A to point B while hiking, listen to the birds, splash in the rivers, touch the trees, learn to identify plants.”

“Wild Daughters” will be on display through the end of April in the Art Gallery of the Noah Webster Library at 20 South Main St. For more information, contact the library at 860-561-6950. 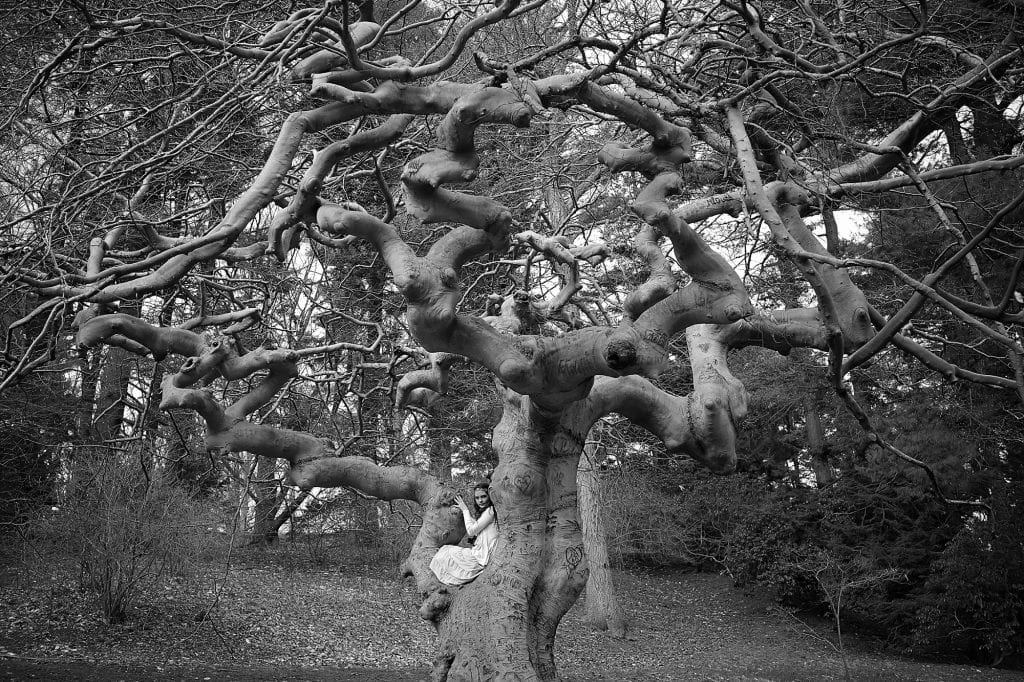 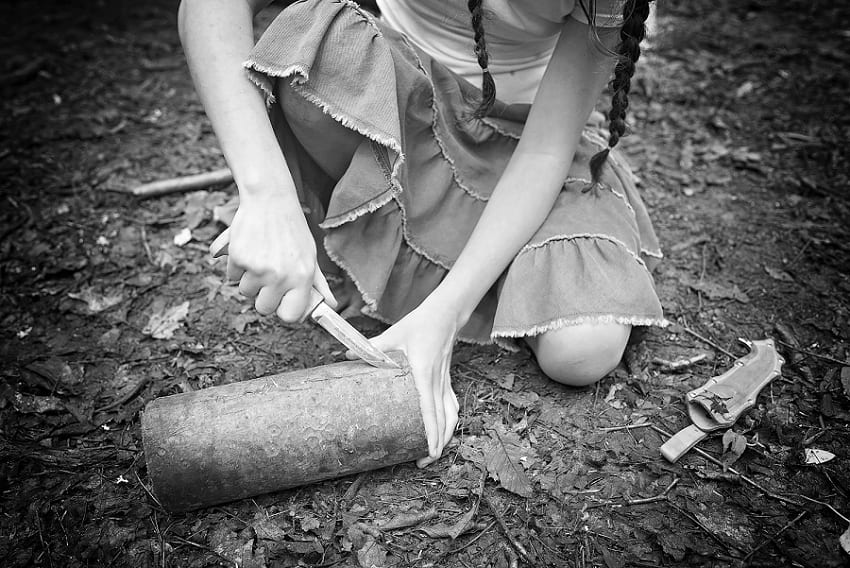 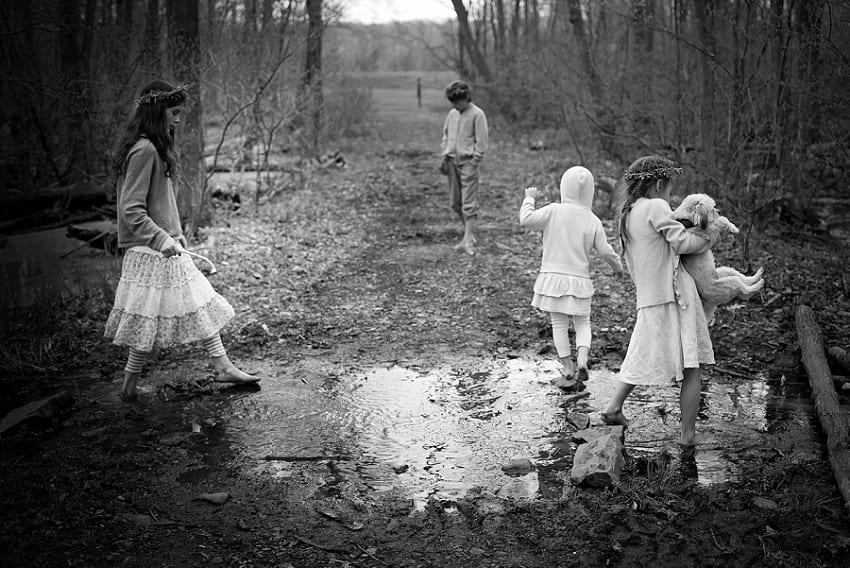 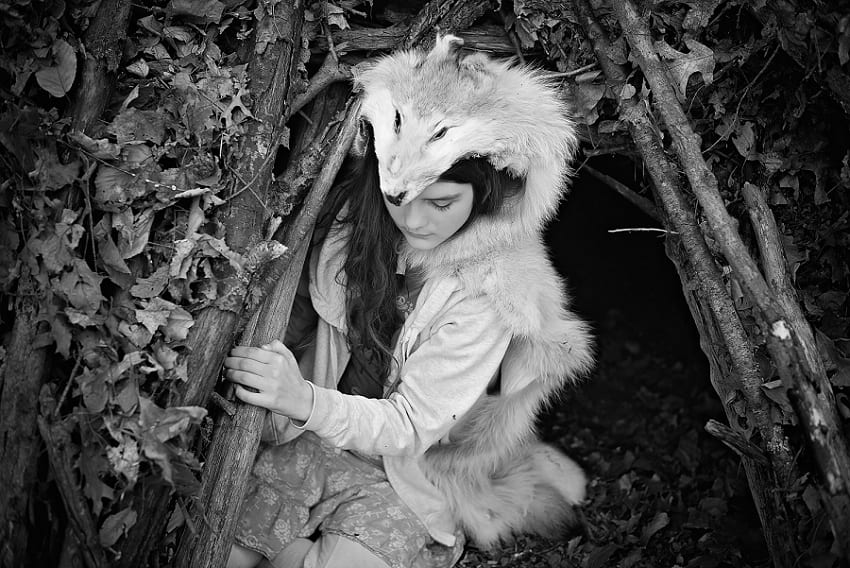 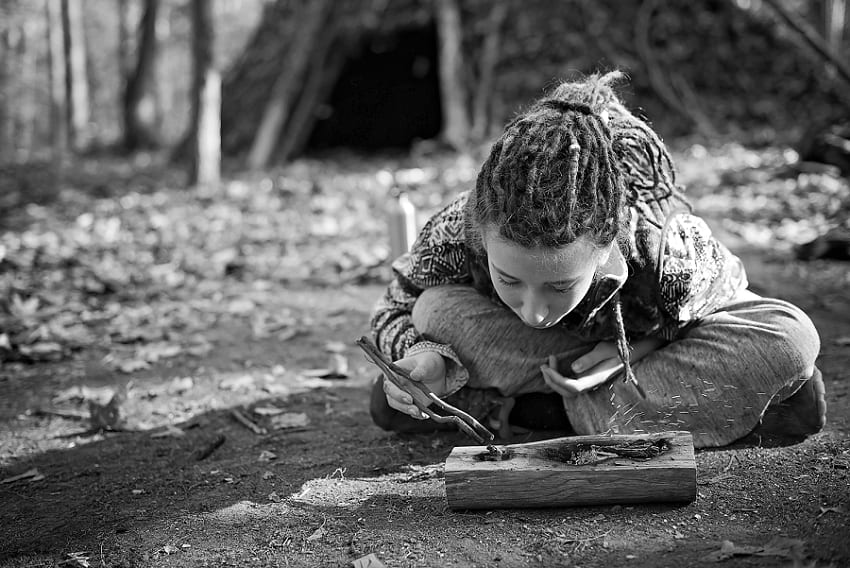