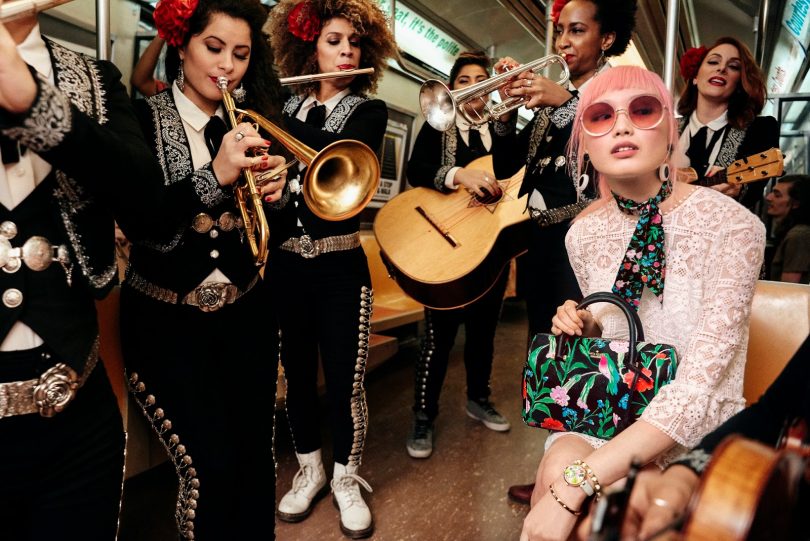 Mariachi Flor de Toloache, the country’s first and only all-women mariachi group, will perform at the University of Saint Joseph in West Hartford.

Founded in 2008, Mariachi Flor de Toloache is lead by singers Mireya I. Ramos and Shae Fiol. Reminiscent of the early days of mariachi, the group started as a trio, playing the harp, violin, and vihuela. Today, Mariachi Flor De Toloache performs as a full Mariachi ensemble. The members hail from diverse cultural backgrounds such as Mexico, Puerto Rico, Dominican Republic, Cuba, Australia, Colombia, Germany, Italy, and the United States. The result of this cultural bouquet is an edgy, versatile and fresh take on traditional Mexican music. They coalesce as would a band of sisters, with a grace and vibrant beauty that casts a spell over their audiences not unlike the legendary Toloache flower still being used in Mexico as a love potion. While working to preserve centuries old traditions of Mariachi, their mélange of the traditional and the modern pushes the boundaries of the genre and brings Mariachi music to new audiences.

Over the course of the last few years, Mariachi Flor de Toloache’s performances have illuminated world renowned stages in Europe and India. In November 2015, the group embarked on an extensive European and U.S tour as the opening act of Black Keys’ singer Dan Auerbach’s new band, The Arcs. After performances to sold out audiences in the UK, Germany, Holland, Italy, France, they continued to captivate crowds in the U.S. at legendary venues. Mariachi Flor De Toloache’s critically acclaimed self-titled debut album received a Latin Grammy nomination for “Best Ranchero/Mariachi Album” in 2015 and have over 750,000 views on their NPR tiny desk concert.

“Flor de Toloache is a perfect tribute to the strength, creativity and virtuosity of women during the University’s last year with a women’s only undergraduate population,” states Autorino Center Director Steven Raider-Ginsburg. 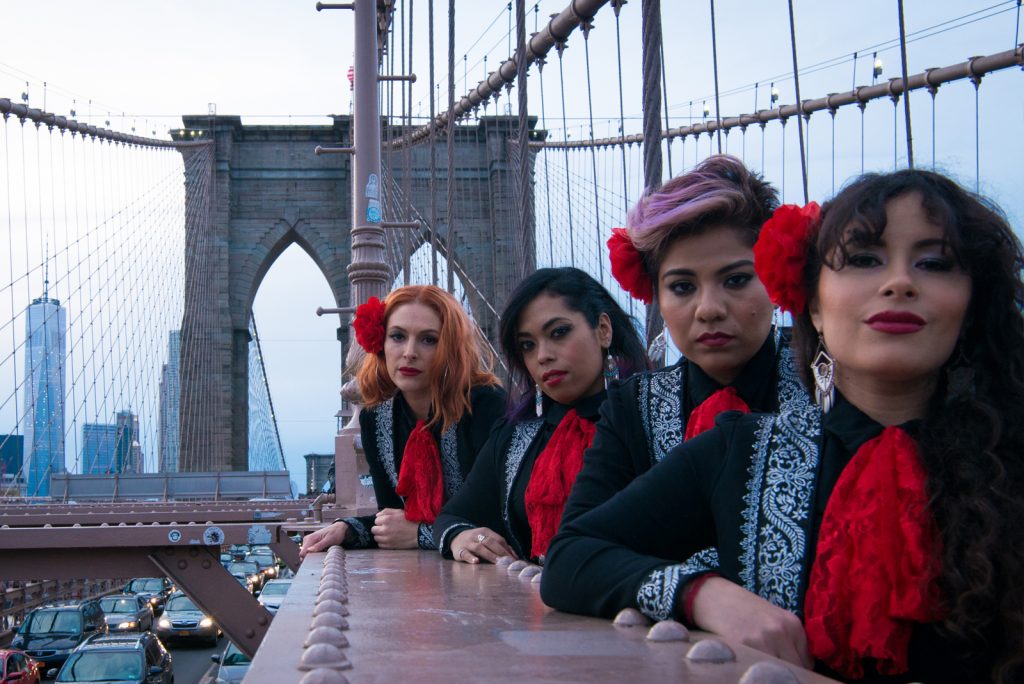 Mariachi Mexico Antiguo is celebrated for its vibrant sound, traditional core, and restored focus on the antique traditions of the mariachi genre.

Established in 2010 by former and current students of local schools in the Las Vegas Valley. Mariachi Mexico Antiguo is comprised of the most dedicated and talented musicians. Each with experience panning 4 years or more. As ambassadors of the mariachi genre, Mariachi Mexico Antiguo has traveled to all parts of the country and has had the opportunity to work with renowned artists as Beatriz Adriana, Graciela Beltran, Gildardo Alvarez, Jesus “Chuy” Guzman, Juan Valentin, and Placido Domingo. This dedication combined with travels around the United States has earned the mariachi as “a group that captivates audiences with its distinct interpretation of mariachi music.”

Their tenacity inspired communities so much so that they decided to move to Connecticut in 2016 to start their non-profit organization known as the Mariachi Academy of England. Their goal was to embrace and preserve mariachi tradition and history for future generations. Many of the cities’ youth learn to perform in ensemble settings and perform for their communities. They have several schools all across the state such as Wallingford, New Haven, Bridgeport, Meriden, West Haven, and Hartford.

Mariachi México Antiguo and the Mariachi Academy of New England symbolize the extraordinary musicianship and renewed focus on the tradition of mariachi.