Webster’s War of the Words benefit game show, which benefits the Noah Webster House & West Hartford Historical Society, will be held on April 27. 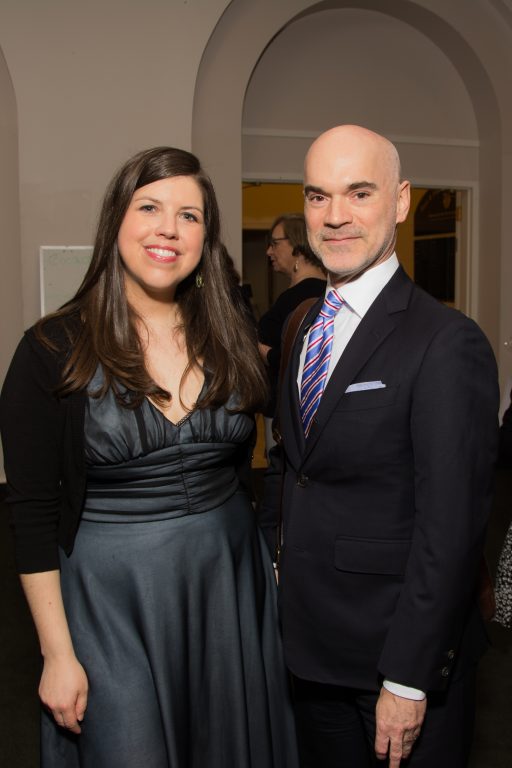 The Noah Webster House & West Hartford Historical Society will hold its signature fundraiser, the 10th annual “Webster’s War of the Words,” Saturday, April 27, 2019. At this fun night out, guests will enjoy dinner, drinks, silent and live auctions, and the main attraction – the word-based game show!

Words are more important than ever. If you’ve been following current events, words like “vortex,” “suffragette,” and “collusion” might take on a special meaning for you. Then there are old-fashioned words like “gaslight,” “omnibus,” and “whitewash” that have recently made a comeback.

At Webster’s War of the Words, the mental prowess of two teams of local celebrities – and the audience – will be tested in a lively and interactive battle of words and wit. What better way to pay homage to the Father of American English than a game show fundraiser in his honor?

Former NBC Connecticut anchor and reporter Brad Drazen returns to emcee this fundraiser, along with Peter Sokolowski, noted lexicographer and editor-at-large at Merriam-Webster Inc., who will serve as game show host.

The Webster’s War of the Words game show is the highlight of the evening and will test the knowledge of two teams of celebrity contestants in categories such as “Trending Words,” “Definition Stumper,” and “Name That Book.” Contestants include West Hartford’s own, Rob Kyff, “The Word Guy” language columnist for The Hartford Courant and educator at Kingswood Oxford school; Wall Street Journal language columnist Ben Zimmer; Merriam-Webster lexicographer Emily Brewster; New York Times columnist and science author Carl Zimmer; Art Chung, former puzzle writer for NPR‘s Ask Me Another and Head of Production at Vox Media, Inc; and Susan Campbell, Hartford Courant columnist and author of the new book “Frog Hollow.”

This unique fundraiser includes unlimited wine and beer and dinner by Rizzuto’s Restaurant and Bar in West Hartford. Guests will start the evening with an assortment of cheeses with fruit preserves and honey, fresh fruit with berry yogurt dip, and crudité. The buffet dinner menu includes chicken piccata, roasted salmon, garlic-roasted potatoes, roasted broccoli with parmesan, and rigatoni with fresh tomatoes, spring peas, olive oil, garlic, and shaved parmigiana-reggiano. Dessert and coffee will be available after dinner. 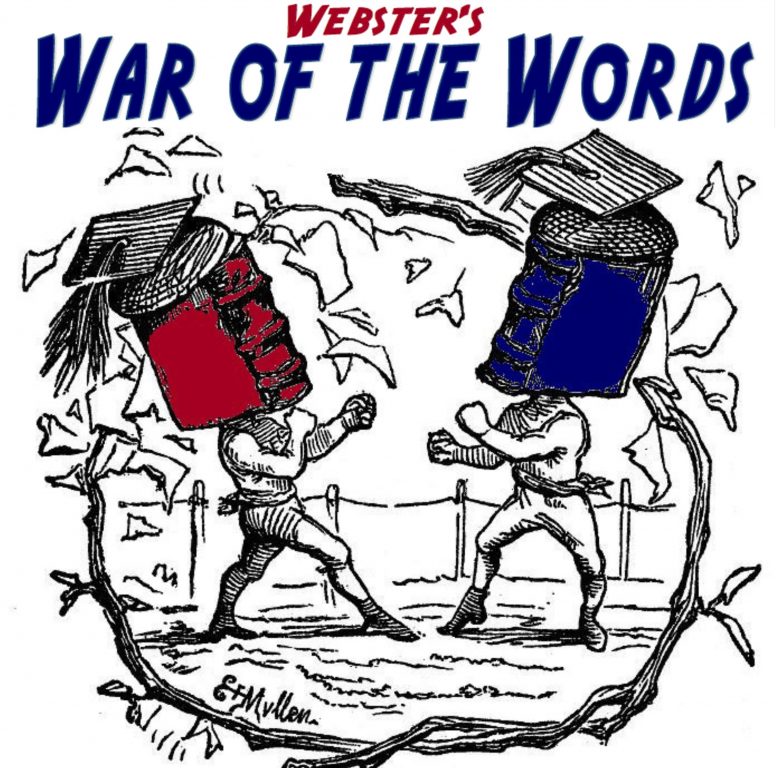 Dueling Dictionaries, the Webster’s War of the Words logo

Tickets are only $60, but seating is limited.

The evening will also include both silent and live auctions. Each basket in the silent auction is inspired by a book in keeping with the museum’s mission to promote literacy. Live auction items include a week-long stay in Nantucket and an African safari. All proceeds from the event support the Noah Webster House & West Hartford Historical Society’s educational mission.

Webster’s War of the Words takes place on April 27, from 6-9 p.m. at Congregation Beth Israel, 701 Farmington Ave. in West Hartford. Advance purchase tickets are $60 and include dinner, dessert, and drinks (beer and wine). After April 24, all tickets are $75. Groups of eight may purchase full tables for $440, a $40 savings. Tickets are available at noahwebster.yapsody.com or by calling 860-521-5362 x10.

This event would not be possible without the support of our sponsors, including gold sponsors Reid & Riege, P.C., and Tsunami Tsolutions.

The Noah Webster House & West Hartford Historical Society is a cultural destination where citizens can learn to understand and appreciate the past. The museum preserves the birthplace of Noah Webster, the founding father, educator, author, and lexicographer who taught generations of Americans what it means to be American. This National Historic Landmark is also a repository for the history of West Hartford, the community that molded Noah Webster’s future and is still thriving over 250 years later. The historic house and exhibit spaces are open daily 1 p.m. until 4 p.m. For information on the museum’s extensive school and public programs, please visit www.noahwebsterhouse.org or call 860-521-5362.