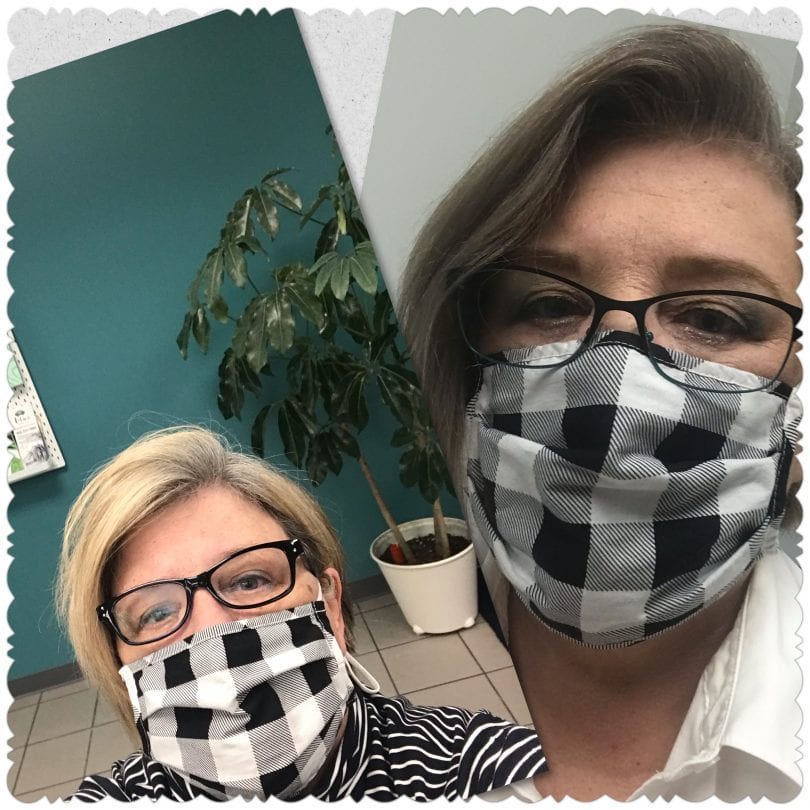 Beth Bolton is almost done with her journey to her natural color. “It’s one less thing we have to do as women to keep up appearances for others. I just wanted to simplify my life.”  Courtesy photo

West Hartford women share their stories about joining the “silver revolution” and allowing their hair to go gray.

It’s time to ditch the dye and embrace the gray!

Women all over the world are letting their natural hair color grow in and are ignoring the societal stigma that comes with going gray. It can be empowering and fun but it’s also a long and frustrating process. Either way, it’s a journey, and one that has a lot of support.

Here in town, women are enjoying the no-dye lifestyle.

“It’s very freeing,” said Beth Bolton. “It’s one less thing we have to do as women to keep up appearances for others. I just wanted to simplify my life.”

Bolton started her transition to gray a year ago. She is two-thirds gray now and opted for some help from her stylist, who added lowlights to her dyed blonde hair to offset the transition, “so there was no ‘bowl cut’ line.”

Coloring her hair “was just added pressure on me,” she said. “I was tired of spending the money.”

Kimberlea Chabot decided to go for the gray three years ago. “It was time to let it go,” she said. “Gray hairs are your wisdom showing through. Why am I not honoring what this is?

“The more I let it go, the more confident I started to become,” she added. “It feels like freedom to me. I really enjoy it now.” 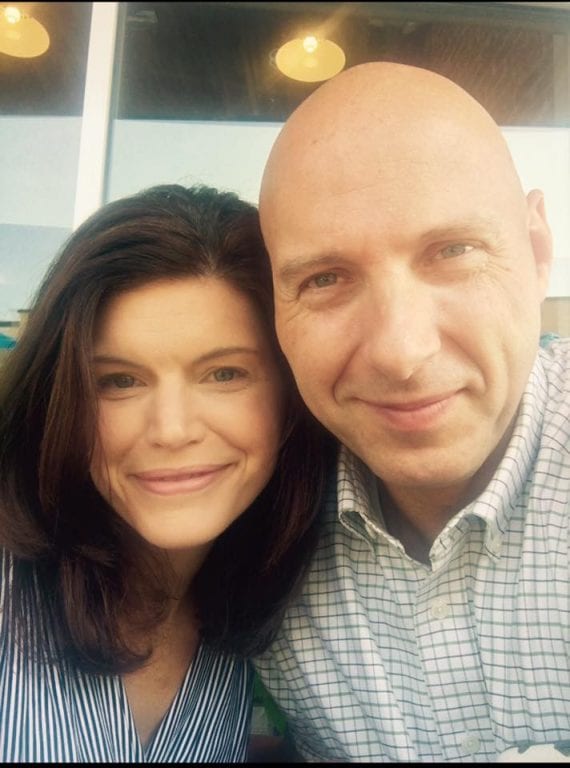 Kimberlea Chabot, with her husband, Paul Chabot, before she decided to stop coloring her hair. Courtesy photo 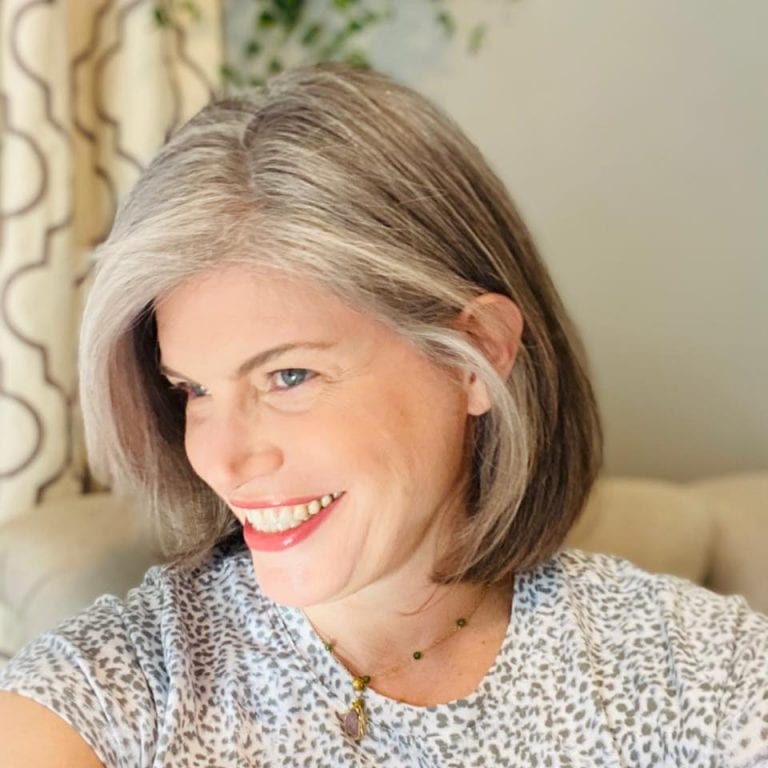 Kimberlea Chabot after she decided to stop coloring her hair. “It’s interesting when you’re living the transition. I had a hairdresser come up to me and say, ‘I can fix that for you.’” Courtesy photo

For a lot of women, being home during the pandemic was a good excuse to start the process of growing out their hair. Proof of that is posted every day on the popular Facebook group “Silver Revolution.” Founded by Jonie Peck, the three-year-old group has more than 20,000 members from all over the world, who find humor and like-minded social media friends to share their stories with. Most important, though, is the amount of support and encouragement the women give each other through replies of comments and photos.

Why are women suddenly making this change? According to Peck, there are a few different explanations.

“For some, it’s for health reasons, saving time or money or (they) have had enough of chasing their roots,” she said. “Also, individuals are questioning their beliefs about social norms and silver hair making us look older. We are all getting older and what’s wrong with that? It’s time to start setting a better example for our younger generations.”

“With COVID-19 shutdowns we had a huge influx of new members who were forced not to visit their colorist. Some stuck with it, and some went back to coloring, which is fine! Our group never shames for going to back to coloring. For some, it takes a few rounds – growing out a few months, then coloring again, etc. We have a lot of members who just like to look and learn and this is highly encouraged!”

Town resident Barbara Lerner decided to stop coloring her hair four years ago. “I was tired of dying it,” she said. “Underneath that color you’re never sure what your hair color really is but I figured if I hated it I could color it again,” she said. 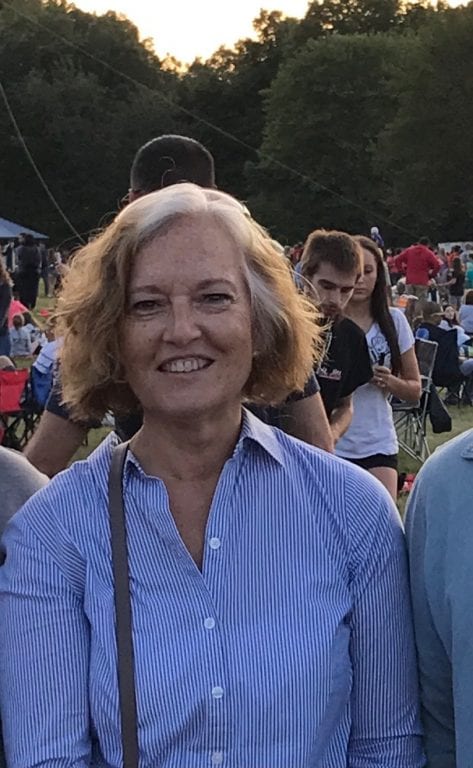 Barbara Lerner says women who are growing out their dyed hair to embrace their natural gray should not feel intimidated. “Think of it as a great topic for conversation.” Courtesy photo 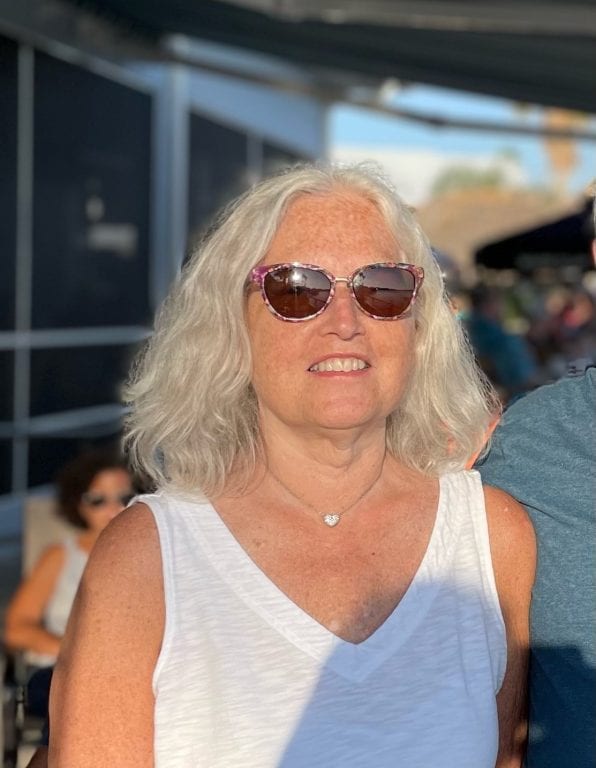 At the time, she was the executive director of the West Hartford Chamber of Commerce. The whole process took 18 months, she said. “It was white on top and then blond to brown. People thought I did it on purpose. It was one of the best things I’ve ever done. And so easy. It came in beautifully.

“I love it. I get compliments all the time. And I’m saving $70 every three weeks to put chemicals on my head, which is not a good thing.”

Peck offers some advice for women who are halfway through growing out their hair and aren’t sure if they can continue.

“Making the decision to change our outlook and accept our natural hair color is first,” she said. “However, if members take a seat and step back and decide it’s not for them it’s absolutely fine. We would encourage them to hang in there maybe with the help of an expert colorist, hairbands, wraps, root spray color, or hats. But again, there is no shame in coloring and possibly starting over. This is a personal choice for every individual and there are a lot of ways to ease in the transition. Some decide cold turkey and grow out their hair, others get a pixie cut or highlight.

“For some, the idea of showing the skunk line or calico colored hair is horrifying and they want the help of a good colorist. Some people embrace and are proud of their new virgin hair.

“A support group is vital whether it’s on Silver Revolution or another Facebook group, blog, or on Pinterest or Instagram. There is so much supportive info out there!”

Chabot also enjoyed the transition. “It’s interesting when you’re living the transition. I had a hairdresser come up to me and say, ‘I can fix that for you.’ And it’s fun, because it’s a mystery underneath (the color). The process took a lot longer than I thought it would. I had really long hair. I let it grow out and then I chopped it off into a bob. It took me a full year.”

Peck has some advice for those in the middle of their grow-out.

“In the very beginning of my journey, while at a social function, a 70-year-old man came up to me and pointed at my head and paused before he spoke. “I like the brown better” and pointed his finger at the brown lower half of my head. I thought of a lot of things I could say to him after the fact. Now, I’m so much stronger. I would’ve had the perfect response. It doesn’t have to be harsh or unkind. Just fact-based with a smile, ‘I’m curious to know why you think you can comment about my hair like that?’ Pause and wait.

“It’s very disheartening to read posts from members about friends and families, especially husbands, saying unkind comments about hair color! Husbands not being supportive seems to a hot topic with sometimes record-breaking comments and encouragement below the posts. It’s all about empowerment.”

Lerner also has great advice to impart: “Have lower expectations for what it will look like. Everyone is slightly different. Then, whatever it is, embrace it. Don’t be intimidated when you’re growing it out. Think of it as a great topic for conversation.”

A version of this story first appeared in the June 2021 issue of West Hartford LIFE.