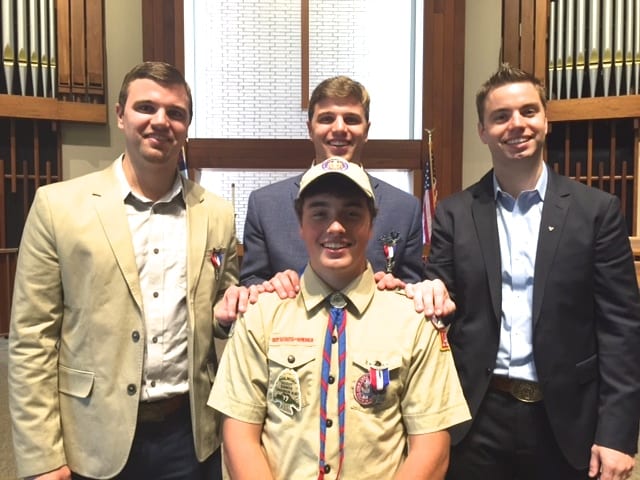 Zach Hoffman, a senior member of Troop 146 in West Hartford, was recently awarded the rank of Eagle Scout.

Among others in attendance at the award ceremony were Zach’s three older brothers, all of whom were also Eagle Scouts from Troop 146!  Zach is a senior at Kingswood Oxford School.

Eagle Scout is the highest advancement rank in Boy Scouting. According to the Boy Scouts of America, only about 7 percent of all Boy Scouts achieve the rank of Eagle Scout.

Congratulations to Zach and his family.