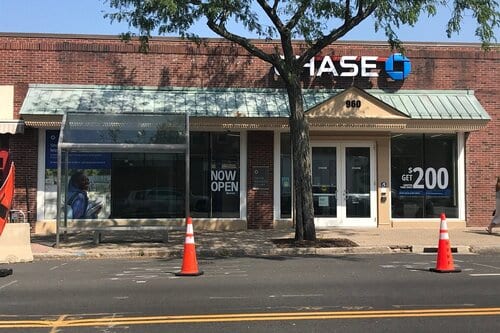 Kelly Smurthwaite, a retired West Hartford Public Schools art teacher, was chosen as the artist to paint the bus shelter in front of the newly-opened Chase Bank on Farmington Avenue. Courtesy photo

The bus shelters are scheduled to be complete by the middle of September.

Ten artists were chosen from over 50 entries submitted to the West Hartford Art League for their latest public art project, funded by the Edward C. and Ann T. Roberts Foundation.

“I envision this as a public art gallery spread throughout town for everyone to enjoy,” Roxanne Stachelek, executive director of the West Hartford Art league and founder of their public art program stated. “It’s especially important now, during the pandemic for us to put art outside where it can be easily viewed. I also wanted to do something for artists who are having a harder time finding places to physically display their work now.”

Information about each artist can be found on the West Hartford Art League’s website at http://westhartfordart.org/public-art along with an interactive map showing all ten bus shelter locations. Photos will be uploaded as the shelters progress.

This is the third time the Art League has turned public bus shelters into work of art. The first project coincided with ArtWalk’s fifth anniversary in 2008, and then again in 2013 for the 10th anniversary. ArtWalk was created by the Art League in 2004 as a way to bring art into the community by  placing artwork in storefront windows every fall for three weeks.

As far as viewing the finished designs, artists were given until the second week of September to complete their vision. In the meantime you can stroll or drive through town to locate all 10 which are placed everywhere from New Britain Avenue near Wolcott Park, to Park Road, to Elmwood Center, West Hartford Center, and North Main Street, Starkel Road and Farmington Avenue at the corner of Mountain Road. The interactive map on the Art League’s website lists all 10 bus shelter locations, as well as the artists assigned to that space.