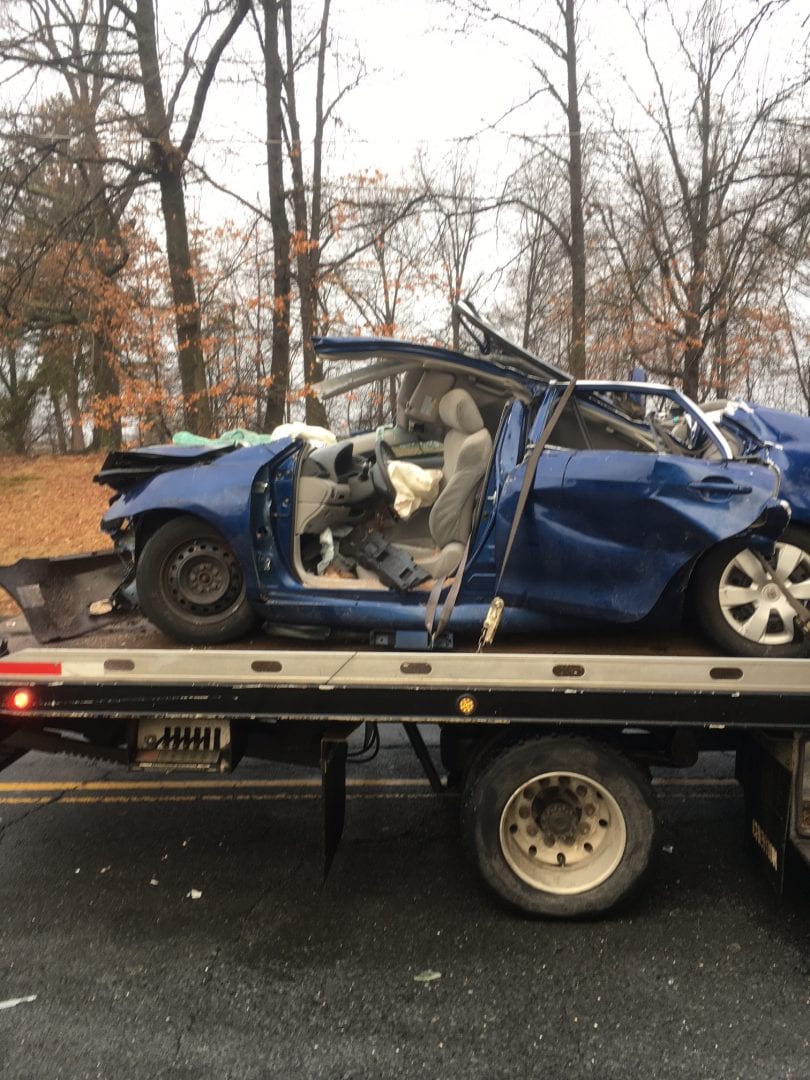 A 14-year-old West Hartford girl was driving this 2007 Toyota Camry, stolen from West Hartford, and crashed into the pillar at the entrance to Trinity College early Tuesday morning. Photo courtesy of Hartford Police

Hartford Police have issued a summons to a 14-year-old from West Hartford who was the driver of a stolen car involved in a crash that left a 16-year-old passenger paralyzed.

Hartford Police said Friday that they have issued a summons to a 14-year-old West Hartford girl who has been identified as the driver of a car that crashed into a brick and concrete pillar at the entrance to Trinity College’s campus on Summit Street and New Britain Avenue early Tuesday morning. 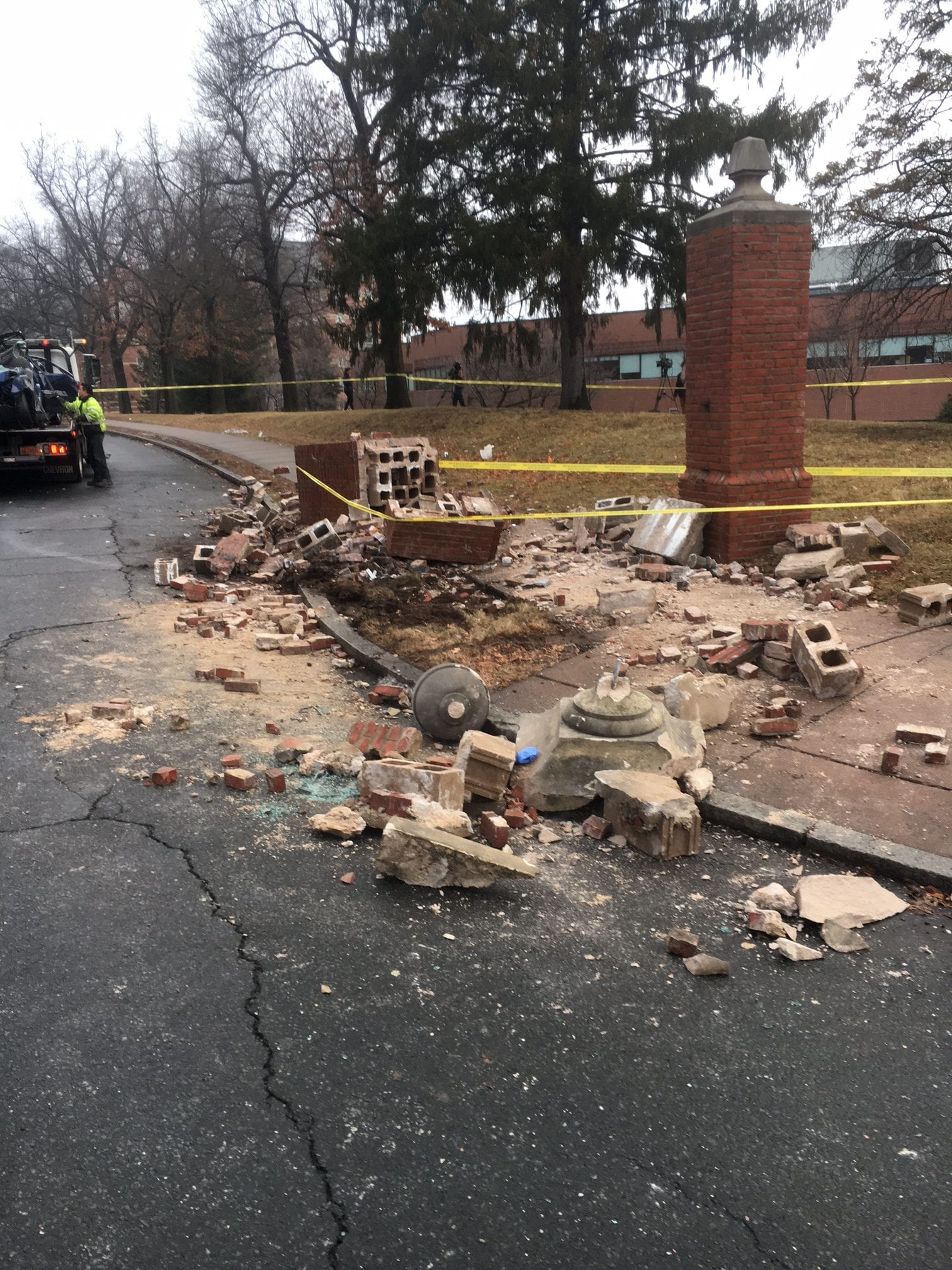 The pillar at the entrance to Trinity College was destroyed when a car stolen from West Hartford, driven by a 14-year-old West Hartford girl, crashed into it early Tuesday morning. Photo courtesy of Hartford Police

Police said the 14-year-old driver was found sitting outside the crashed vehicle with a minor injury, and was transported to Connecticut Children’s Medical Center by ambulance for treatment.

The driver admitted to police, at the hospital and in the presence of her parents, that she had been the driver of the stolen car, but police said she would not provide any additional details. Her minor injury was “consistent with being in the vehicle operator’s position,” police said in their report.

The crash happened at 4:52 a.m. Tuesday, and Deputy Chief Brian Foley said Friday that a passenger, a 16-year-old Hartford boy who had been trapped in the back seat of the vehicle as a result of the crash, had to be extricated by the Hartford Fire Department and then was immediately transported to Connecticut Children’s Medical Center “with significant neck injuries and is likely paralyzed from the neck down.”

Foley said that the vehicle, a 2007 Toyota Camry, had been reported stolen from West Hartford. The keys had been left in the car.

A third occupant of the Camry fled the scene on foot Foley said, but was later transported to Connecticut Children’s Medical Center by some of her friends. That individual was also a 14-year-old girl from West Hartford, who had been sitting in the front passenger seat of the car that crashed. Police reviewed surveillance coverage of the drop-off at the hospital and said that the vehicle used for the drop-off had also been reported stolen.

The 14-year-old driver was issued a paper summons for a promise to appear in Juvenile Court on March 3, and that was delivered by Hartford Police to her West Hartford home on Thursday. She signed it in the presence of police and her parents.

The 14-year-old driver has been charged with operating without a license and reckless driving.

Because the parties are all juveniles, police have not released their names.