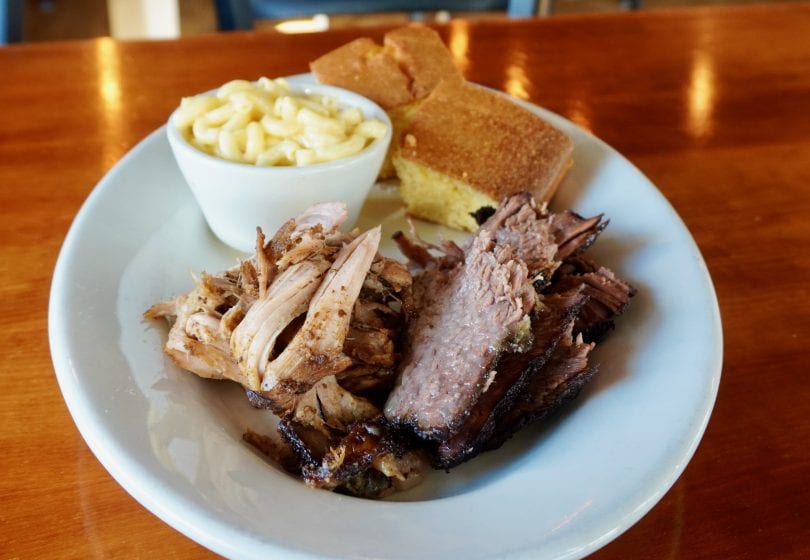 The former Park Tavern at 140 Park Rd. in West Hartford has been transformed into Beachland Smoke. 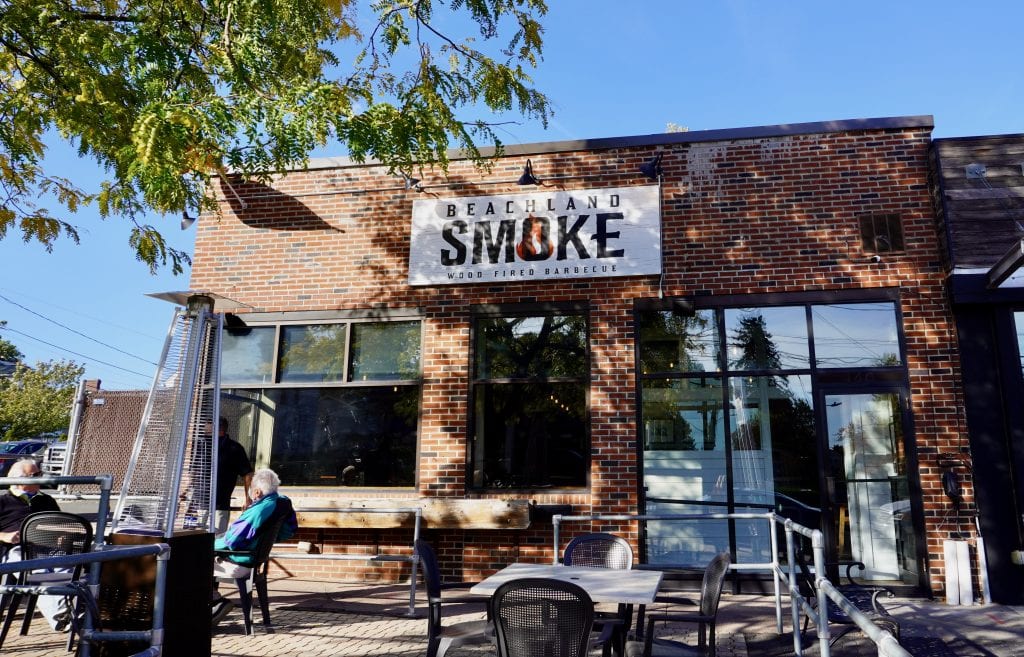 Barbecue – aka BBQ – can be enjoyed at a restaurant with a cold draft beer, as a main dish or in a sandwich, and it’s takeout friendly, too.

As restaurateurs have been challenged navigating the COVID-19 environment, with flexibility becoming a necessary ingredient. Chip Kohn of Beachland Group believes he has found the recipe for success with Beachland Smoke, which officially opened Wednesday in the former Park Tavern Space at 140 Park Rd.

When COVID hit, he knew that Park Tavern’s existing set-up with tight space and a bar down the center of the room was going to be a problem.

“With the bar, there was no way it was going to work,” Kohn said. It presented the perfect opportunity to do some renovations and pivot the concept to Beachland Smoke. 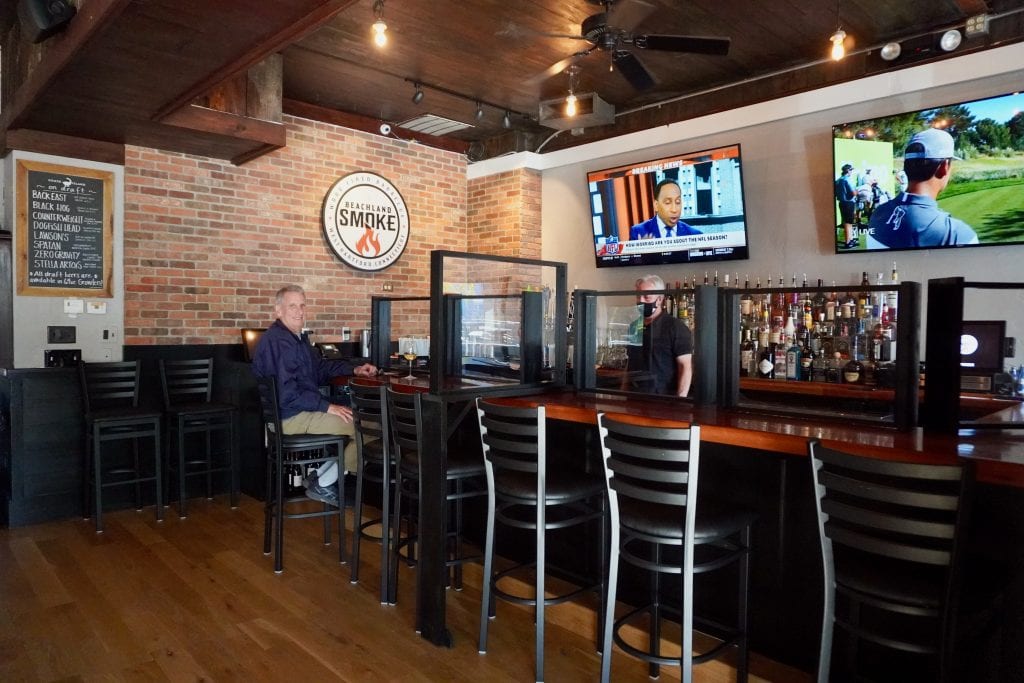 The bar has been moved to the right, opening up the space for Beachland Smoke. Moveable plexiglass barriers allow for separation of parties seated at the bar. Photo credit: Ronni Newton

Kohn, whose other restaurants include Beachland Tavern and Rockledge Grille, had been thinking about a barbecue-focused restaurant for a while. The smoked dishes on the menus at his other restaurants – the wings, brisket, turkey – have been among the most popular items.

“We’re the only barbecue [restaurant] in town. I’m hoping it fills a niche,” Kohn said.

“It made sense to do it all at one place,” he said, and differentiate this menu.

Bernie Gorski, the executive chef at Beachland Smoke as well as the group’s other restaurants, has extensive barbecue experience.

“It’s a little bit of everything, a mix,” Gorski said of Beachland Smoke, rather than just one style of barbecue. There are Memphis, Texas, Kansas City, and Southern dishes on the menu.

Everything is smoked in house, he said.

“The brisket right out of the smoker, it melts in your mouth,” Gorski said.

Diners will see a few of their favorites from Beachland Tavern and Rockledge on the menu – like the famous Kitchen Sink Wings and the Brooklyn sandwich – but some of the other items, although similar, have a new twist like the blackened chicken on the Cobb salad.

“I love the tacos,” Kohn said when asked to name his favorite dish. 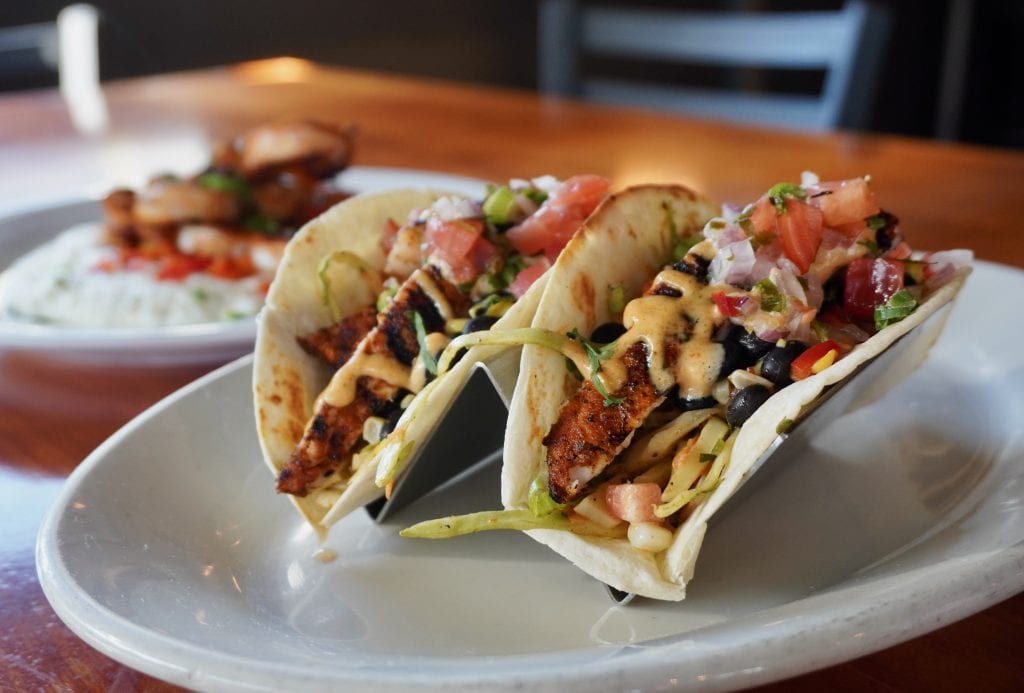 Snapper tacos have been a huge hit during the soft opening, he said, but the Smokehouse Tacos ($12) can also be made with brisket, chicken, pork, or shrimp. All are served on either a flour or white corn tortilla, with shredded cabbage, black bean corn salsa, and pico de gallo.

The brisket – in a sandwich or slider, or as part of a BBQ plate, and the burnt end potato skins ($12, topped with cheddar, peppers, onion, barbecue sauce, and scallions), have immediately become popular, Kohn said.

Entrees ($12-$18) include BBQ shrimp with creamy grits, as well as chicken thighs, blackened snapper, and a kielbasa and biscuit dinner. 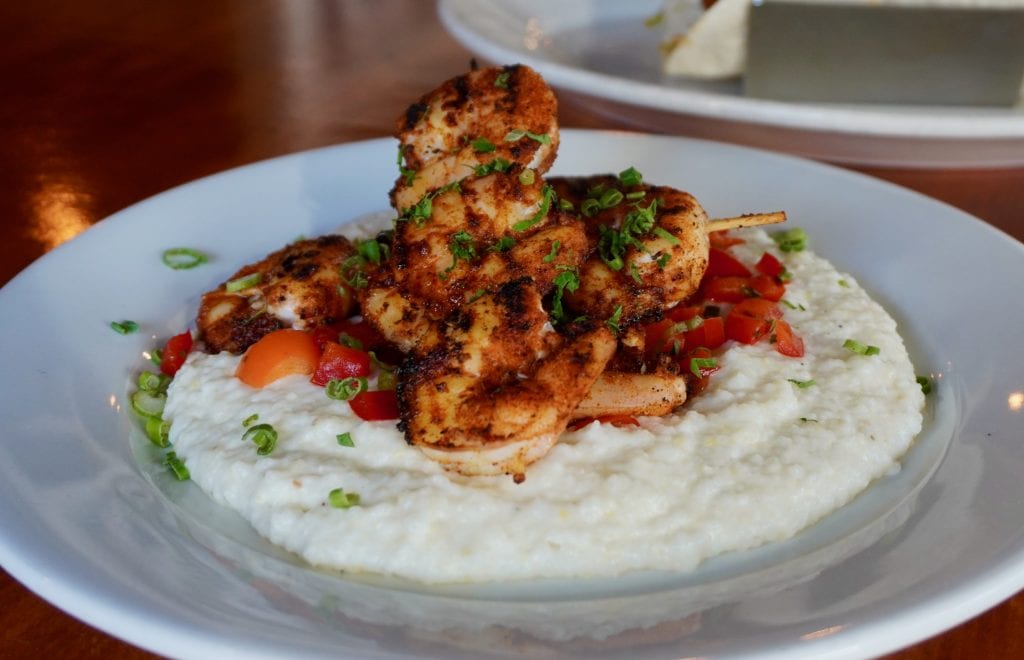 A variety of sandwiches, sliders, and tacos ($12-$14) feature smokehouse meats, and a blackened snapper po’boy.

For those who want something less smokey or barbecue-oriented, there’s chipotle chicken or Philly cheesesteak or Chicken Philly.

Starters ($10-$13, many are ample enough to serve as full meals) include wings, chicken tenders, fried pickles, and BBQ shrimp skewers.

BBQ plates ($16-$22) can satisfy a large appetite – or several people – and come with a choice of meats, sauces and side portions, as well as half racks of ribs with sides.

Sides ($5 for a single or $10 for a share portion) include mac and cheese, coleslaw, steak or sweet potato fries, onion rings, black beans and corn, mashed potatoes, biscuits and gravy, cornbread, and grits. 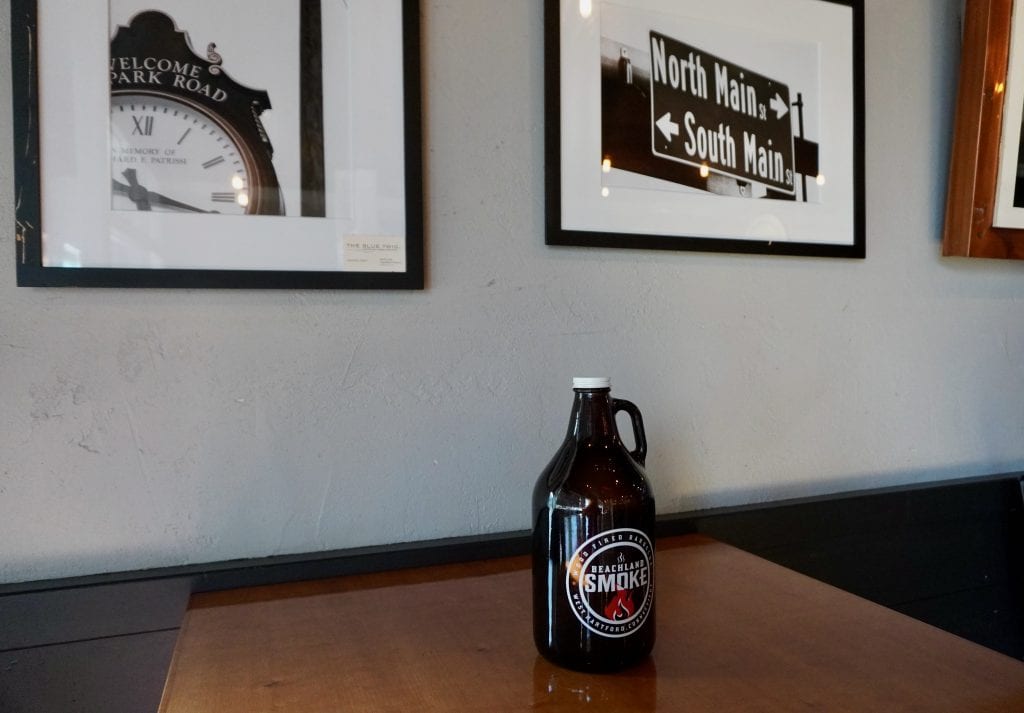 In addition to draft beer, diners in the restaurant or on the patio can enjoy bottled or canned beer, wine by the glass or bottle, and craft cocktails such as the Park Street Whiskey Sour, Smokehouse Margarita, and The Beverly Street (Enrico Prosecco topped with Deep Eddy’s Grapefruit Vodka).

“I hope to also do a lot of catering,” Kohn added. Beachland Smoke offers smokehouse meats (chicken thighs, brisket, pulled pork, or kielbasa) in 5-ounce, 8-ounce, and 1-pound portions, and St. Louis ribs by the half and full rack. An additional smokehouse special will be available on weekends.

For those dining on premises, several TVs stationed throughout the restaurant will likely feature sports, adding to the casual, friendly atmosphere. 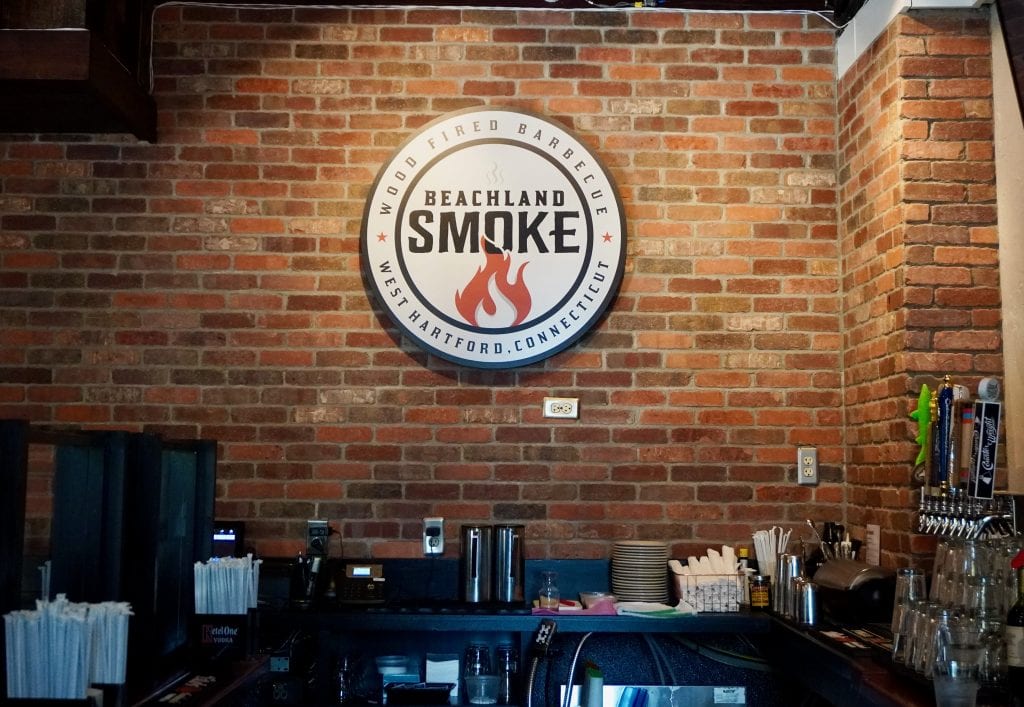 The interior space features exposed brick walls and black and white prints of former neighborhood businesses. It currently has four tables, plus seating at the bar with a movable plexiglass barrier that can separate parties. Once distancing restrictions ease, there will be eight tables in the dining room.

The patio, which is outfitted with heaters, seats 20, Kohn said. He’s hoping the weather cooperates for a few more weeks of patio dining. 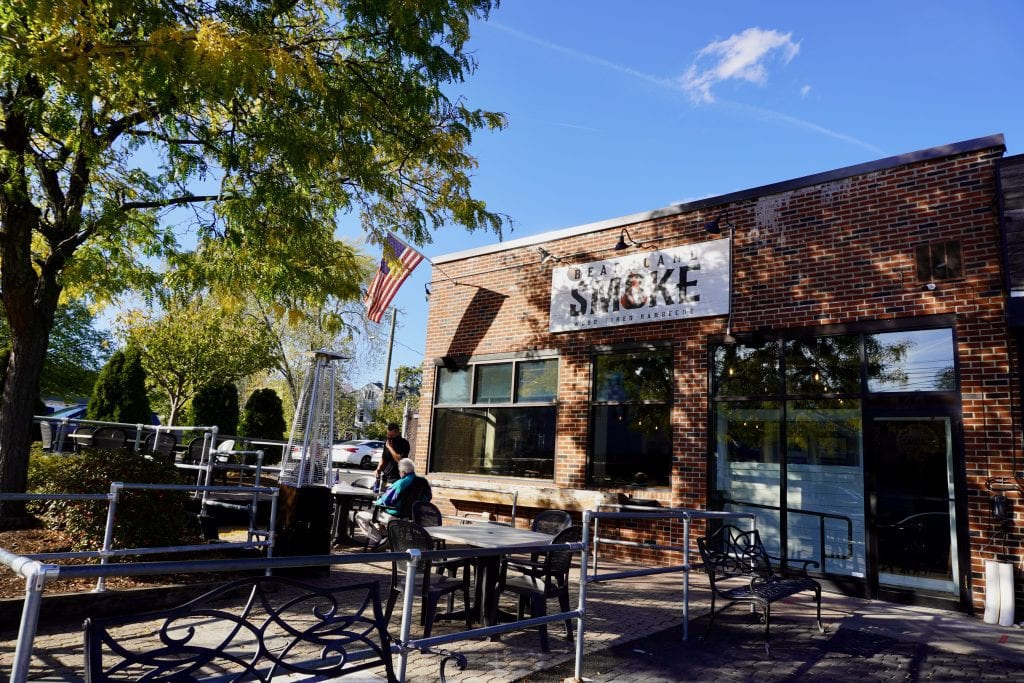 Beachland Smoke is also designed to accommodate takeout, with a dedicated window right inside the door, and a shelf for those who choose contactless pick-up.

“In a small space the idea is to be COVID-friendly, and also to do a lot of takeout,” Kohn said. 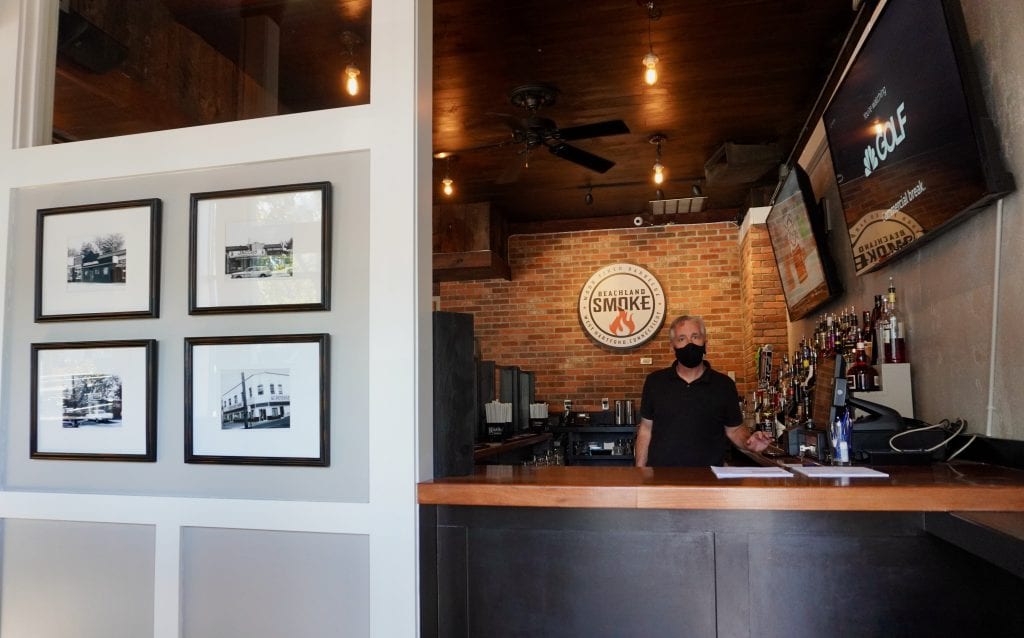 It won’t happen immediately, but Kohn said in the near future Beachland Smoke will also deliver – with their own drivers, not an outside service. Delivery may eventually extend to the other Beachland Group restaurants.

“This is simple, traditional food,” Kohn said, and he’s hopeful it will resonate in the walkable Park Road neighborhood. “We’re excited about this.”

The One Park Road apartment development – the transformation of the Sisters of Saint Joseph property – will soon have a ground-breaking and eventually will bring hundreds more residents to the area.

Beachland Smoke is currently open from noon-10 p.m. Wednesday through Sunday, closed on Mondays and Tuesdays. Eventually Kohn wants to be open seven days a week.

For more information, visit the website beachlandsmoke.com or call 860-772-0077. 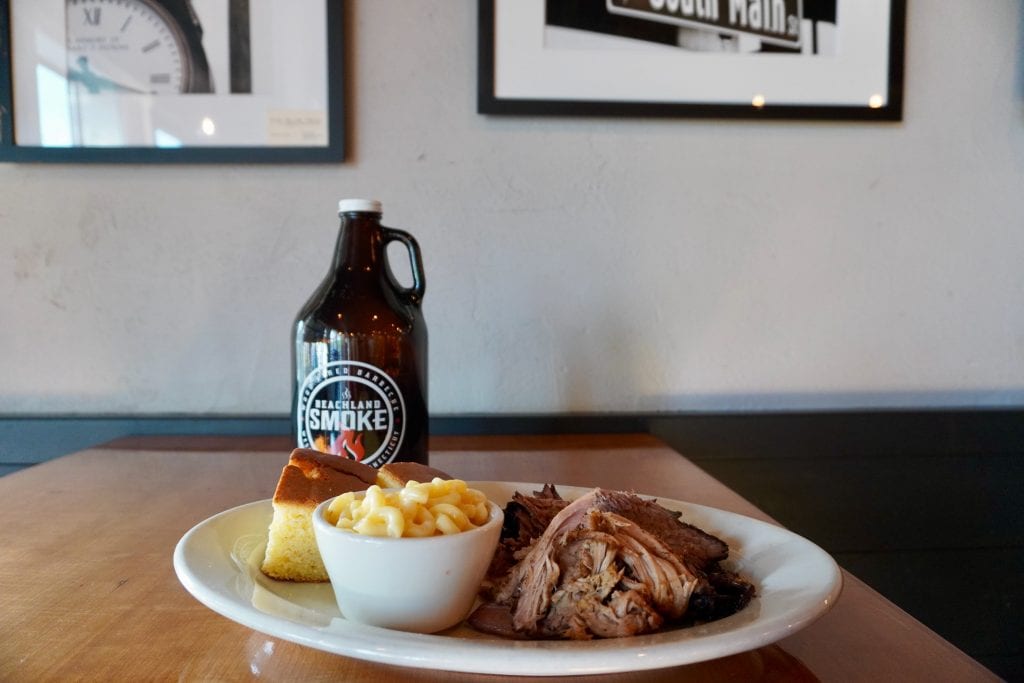 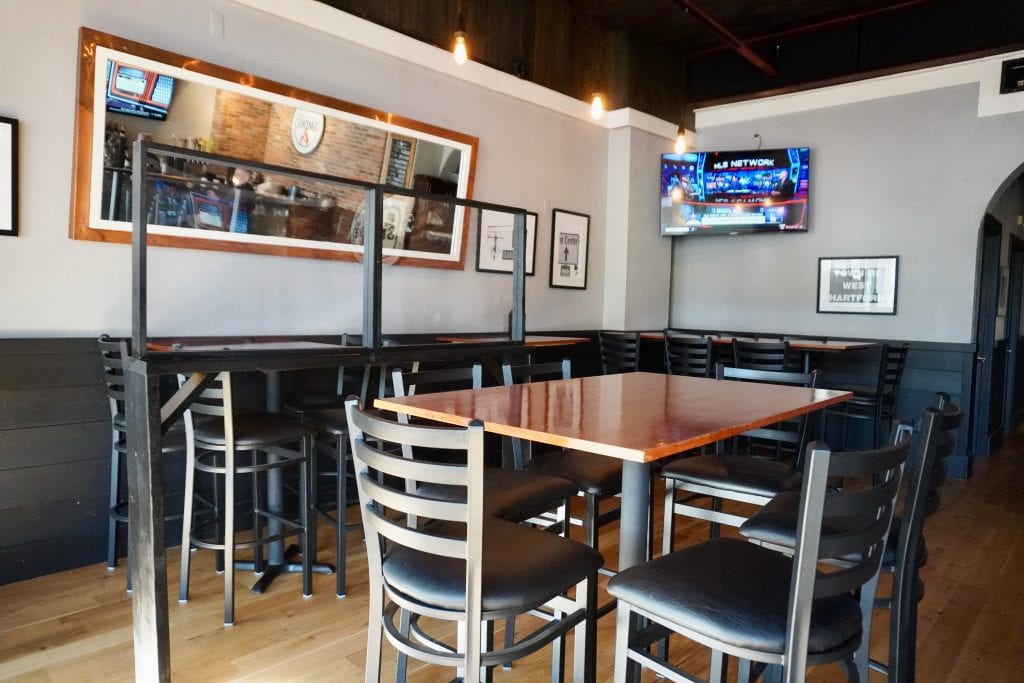 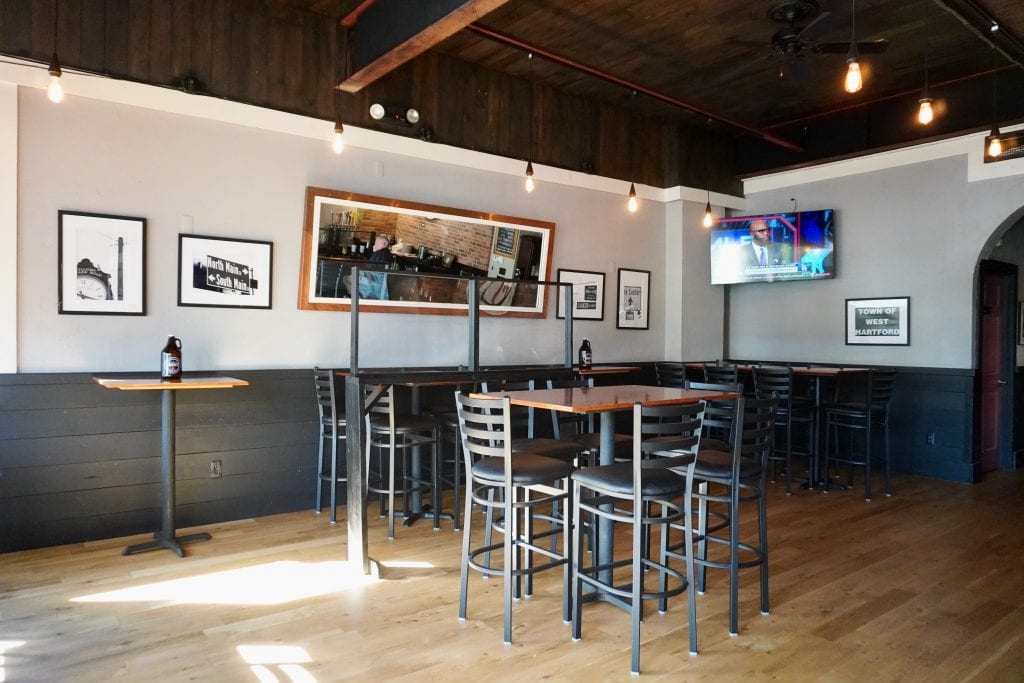 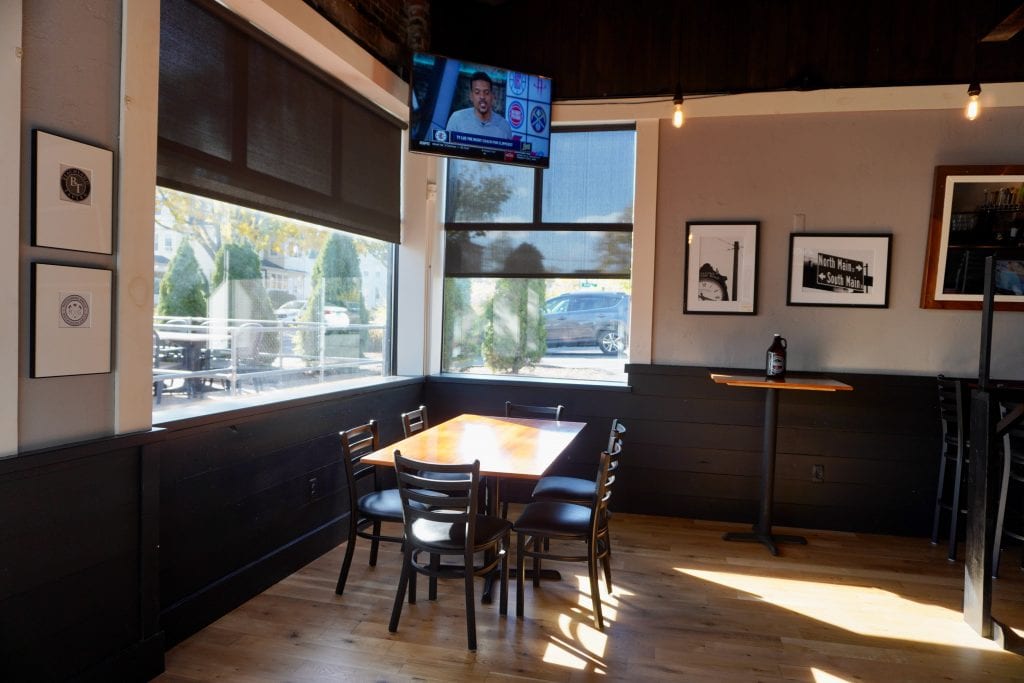 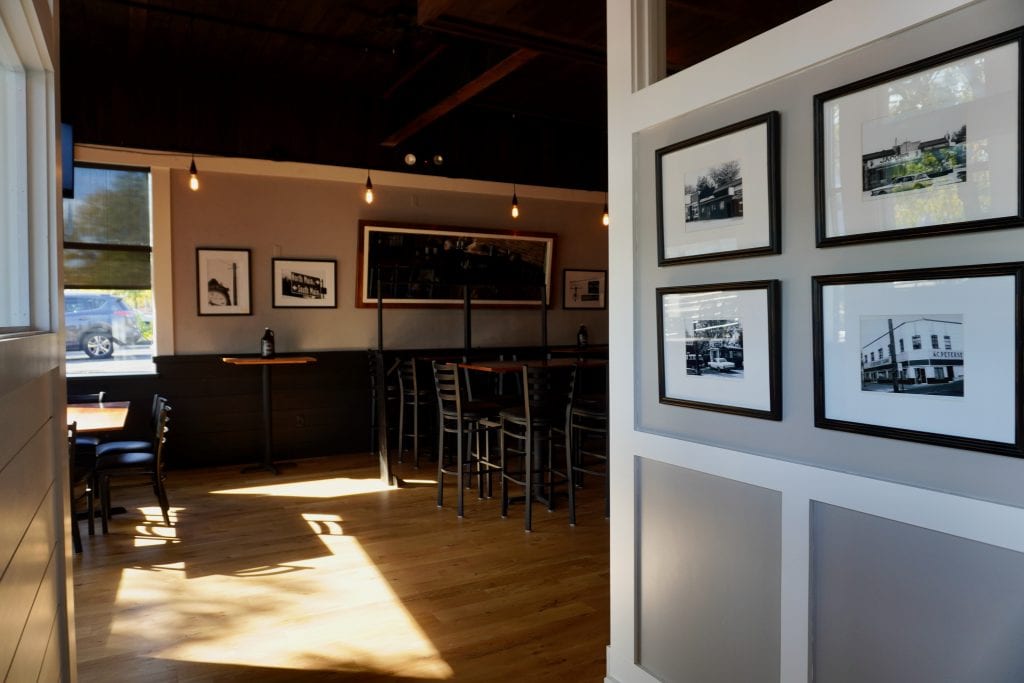