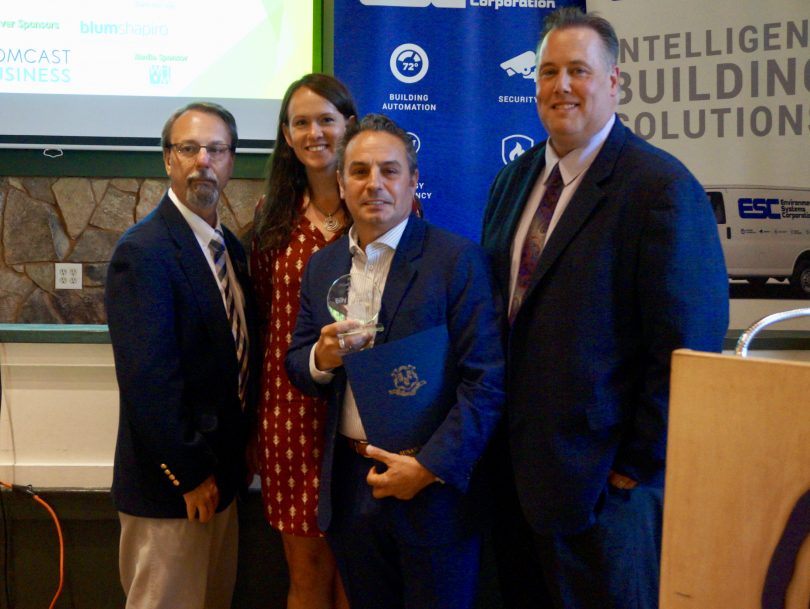 The West Hartford Chamber of Commerce held its annual meeting and awards dinner Monday night, and presented not only the Noah Webster Award for extraordinary commitment to the community, but also Spotlight awards, Volunteer and Ambassador of the Year awards, and grants to local nonprofits. 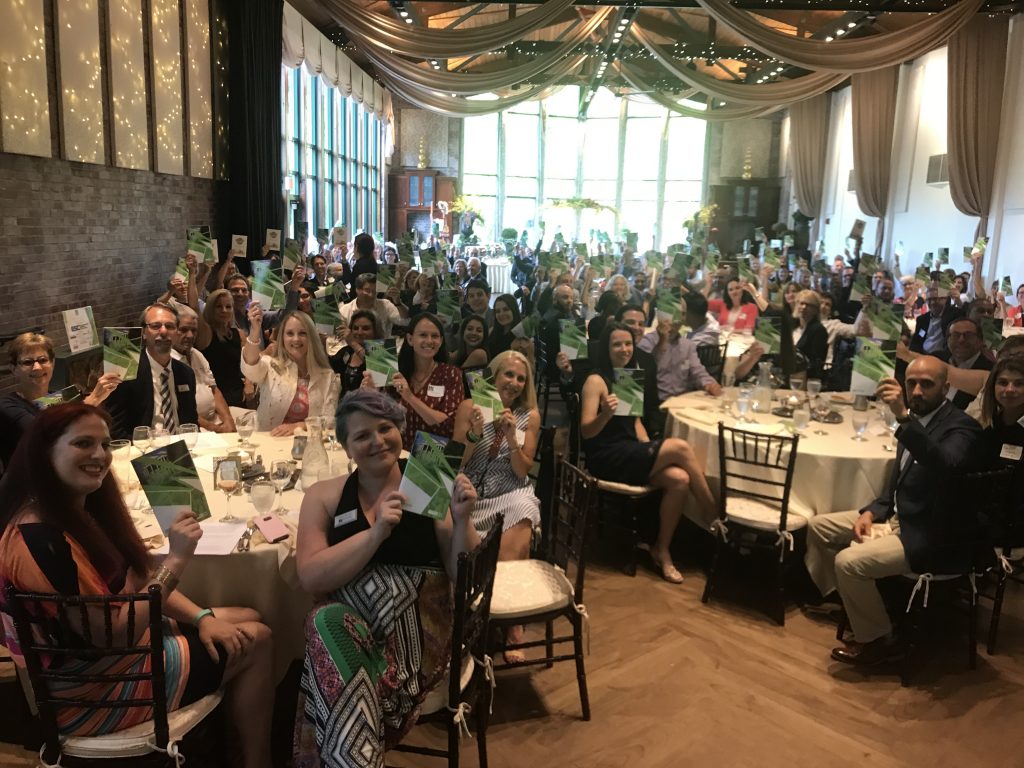 The crowd holds up Chamber of Commerce business directories at the Annual Dinner and awards banquet on June 17. Photo courtesy of Chris Conway

The West Hartford Chamber of Commerce elected board members and honored member businesses for their outstanding work in several categories at its sold-out annual dinner Monday night at the Pond House Café, and and restaurateur Billy Grant, owner of Restaurant Bricco in the Center, received the 2019 Noah Webster Award.

The Noah Webster Award, an honor that is given each year to the “person, persons, or organization exemplifying an extraordinary commitment to the West Hartford community,” was presented to Grant not only in recognition of his contributions as a business owner, but also because of his many philanthropic endeavors which have supported well over a dozen charities, ranging from Foodshare, to the March of Dimes, to the Connecticut Brain Tumor Alliance, to Share Our Strength, the American Heart Association, Hartford Hospital, and more.

“Every time we ask him for something – whether it’s for turkeys or donations or our Eat-Drink-Give event – Billy always says yes,” said Foodshare Executive Director Jason Jakubowski upon learning that Grant had received the honor.

Grant, who was introduced by last year’s winner, Ronni Newton of We-Ha.com [this writer], said, “My mother always taught me to be kind.”

Grant said that he learned the great news about winning the award right after he had made the difficult decision to close his namesake West Hartford Center restaurant, Grant’s Restaurant & Bar, in April.

“It’s great to be able to count on my family, friends, and the community,” he said.

Other award winners included Volunteer of the Year Ira Nozick, who voluntarily photographs nearly every single Chamber ribbon cutting and other event. “Who’s going to take pictures?” was Nozick’s response when he learned he was being called up to the podium.

Avi Smith-Rapaport of We Care Computers, who was unable to attend the event, received the Ambassador of the Year Award.

Each of the award winners also received a citation this year from Lt. Gov. Susan Bysiewicz, commending them for their leadership and service, and noting their “commitment to the community of West Hartford.”

Chamber of Commerce First Vice President Amy Babich presented nonprofit grant recipients a total of $5,000 for which the organizations had applied. The Seniors Job Bank received $1,000 for the purchase of new computers, A Better World received $1,500 for their new website, and the Community Renewal Team received $2,500 to curtail the interruption of their meal service for the elderly.

Conway also presented an award to Kristin Gorski, economic development specialist for the Town of West Hartford, recognizing her for her commitment to the development of FLOW (Future Leaders of West Hartford), the young professional’s arm of the Chamber. Gorski served as president until a few weeks ago.

This was the first time Conway, who was appointed in December, presided over the annual meeting.

He recognized former executive director Barbara Lerner, who was present, and said that his no. 1 task was to “not break anything” that she had done.

Conway did share some positive statistics for the year, noting that 77 new members have joined the Chamber, with membership now totaling 539.

There were 22 ribbon cuttings in the past year, he said, with a total of 198 feet of ribbon used.

“We’ve continued to grow our following on social media,” said Conway, and that includes promoting the work and news of members.

New this year will be a quarterly educational program entitled “Chamber 101,” with the intent of maximizing the value of Chamber membership. There is be a business expo in the fall (date to be determined), and hot deals for members.

Environmental Systems Corporation, represented by Jessica Protz, was the presenting sponsor of the annual meeting. 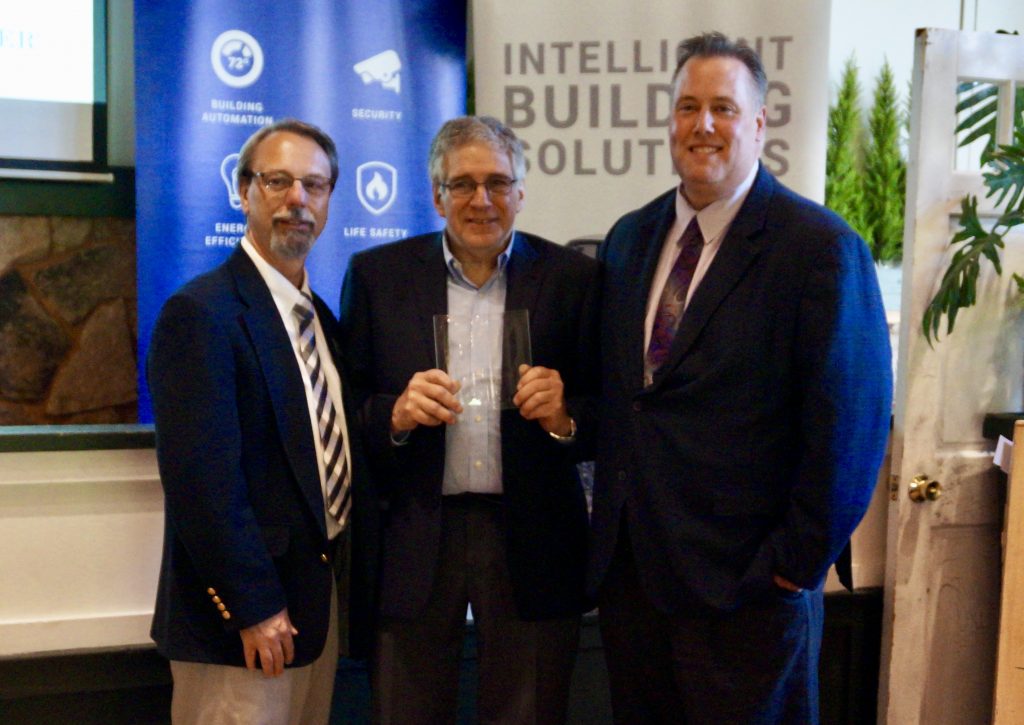 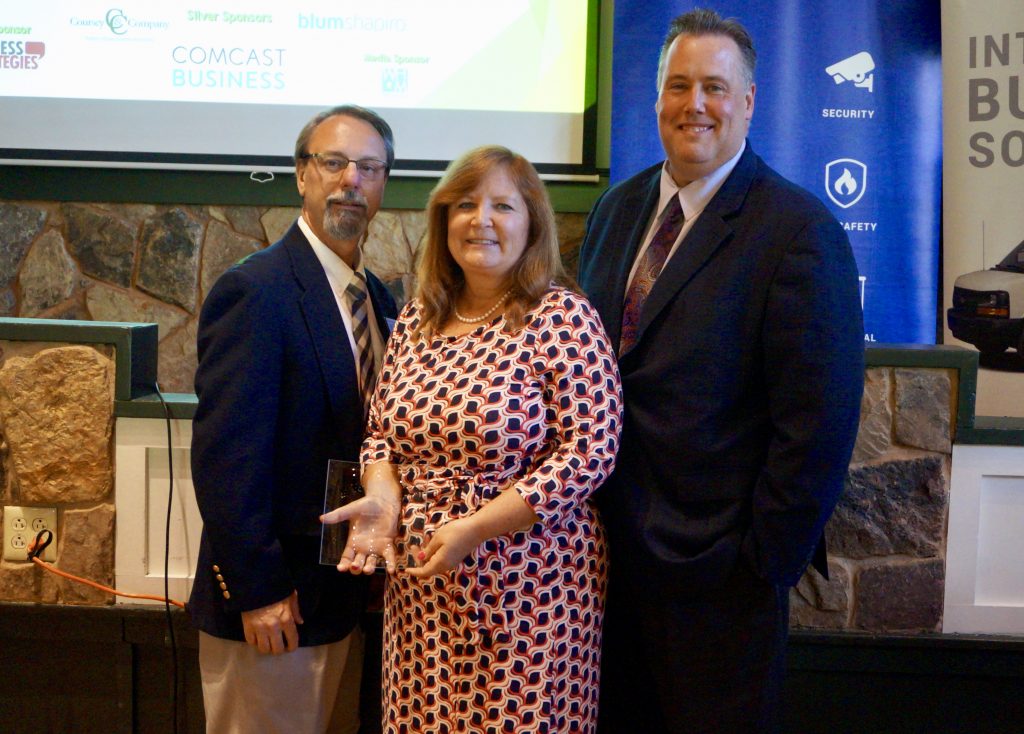 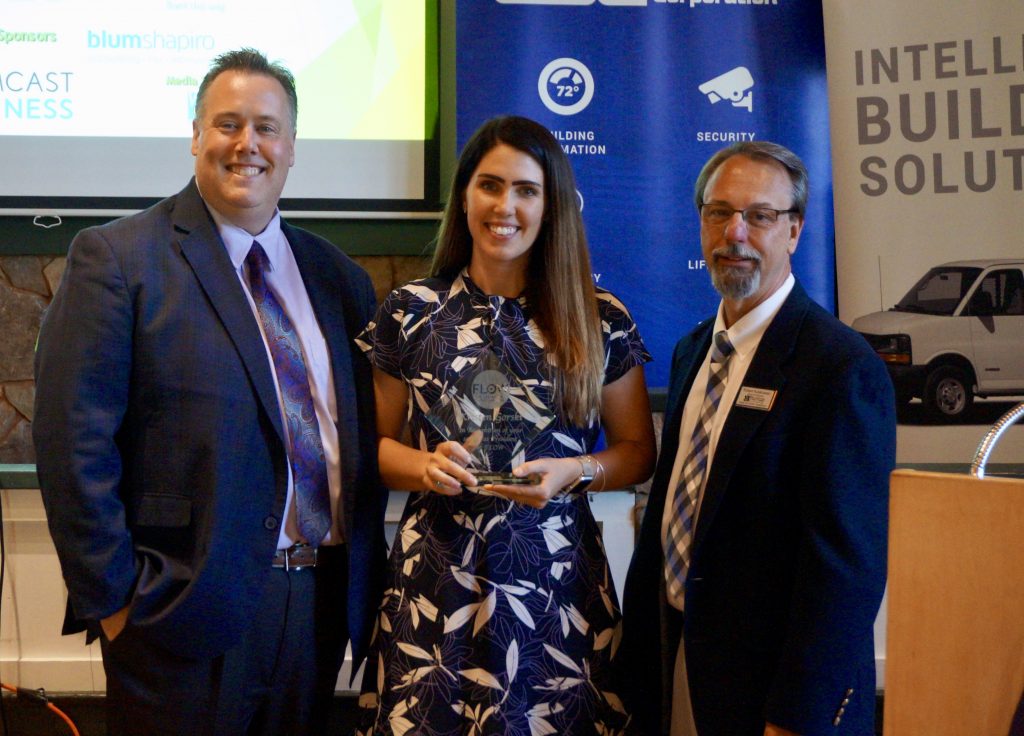 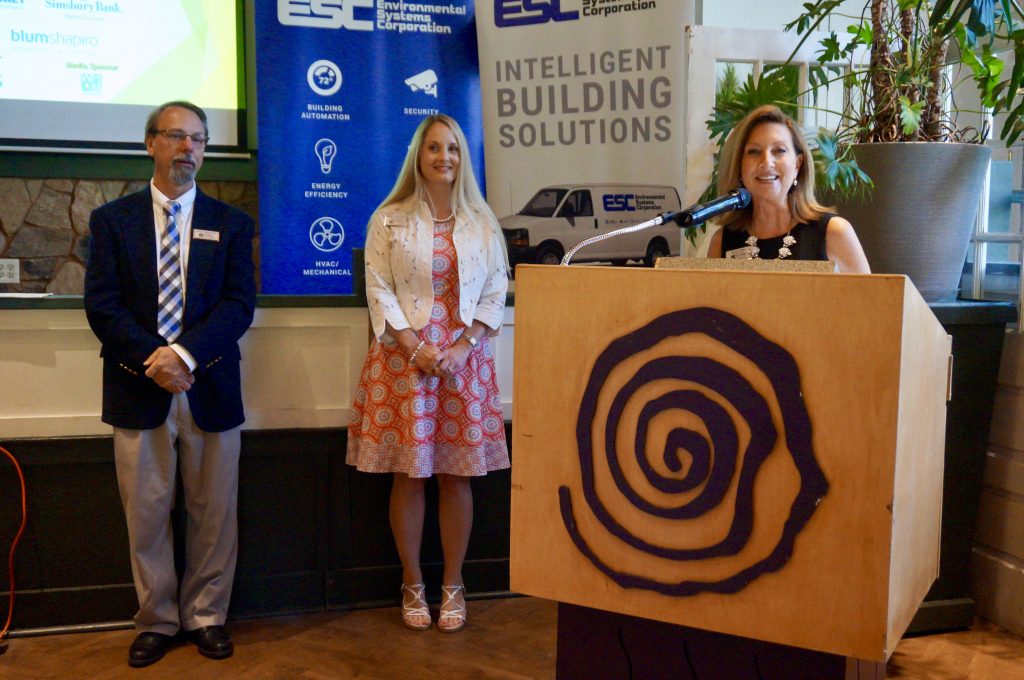 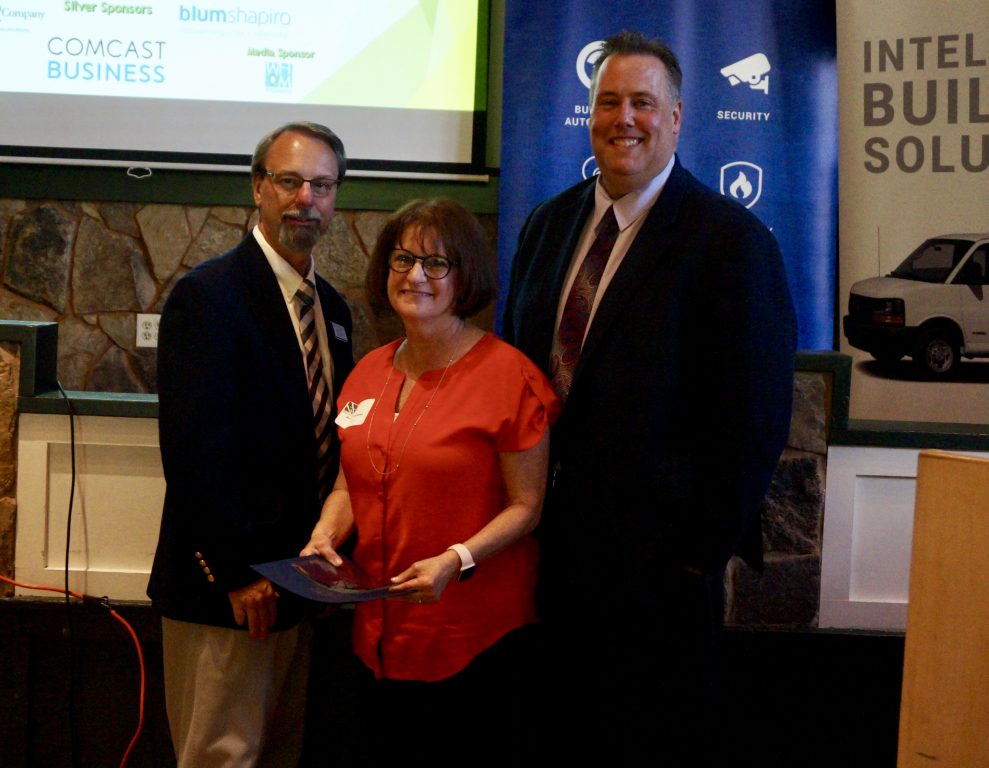 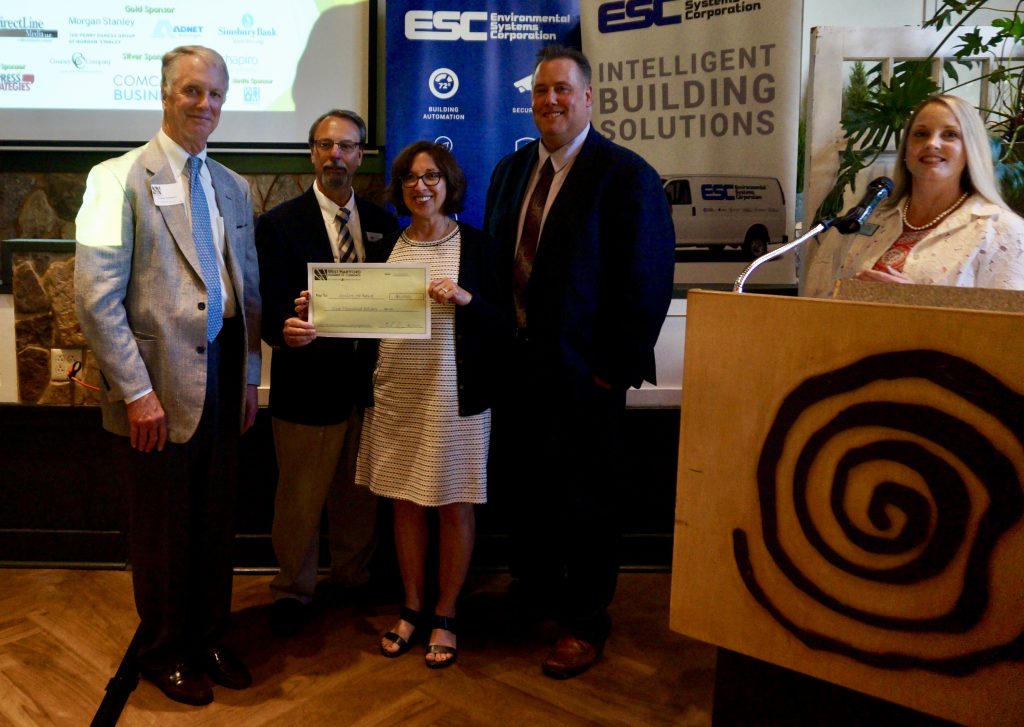 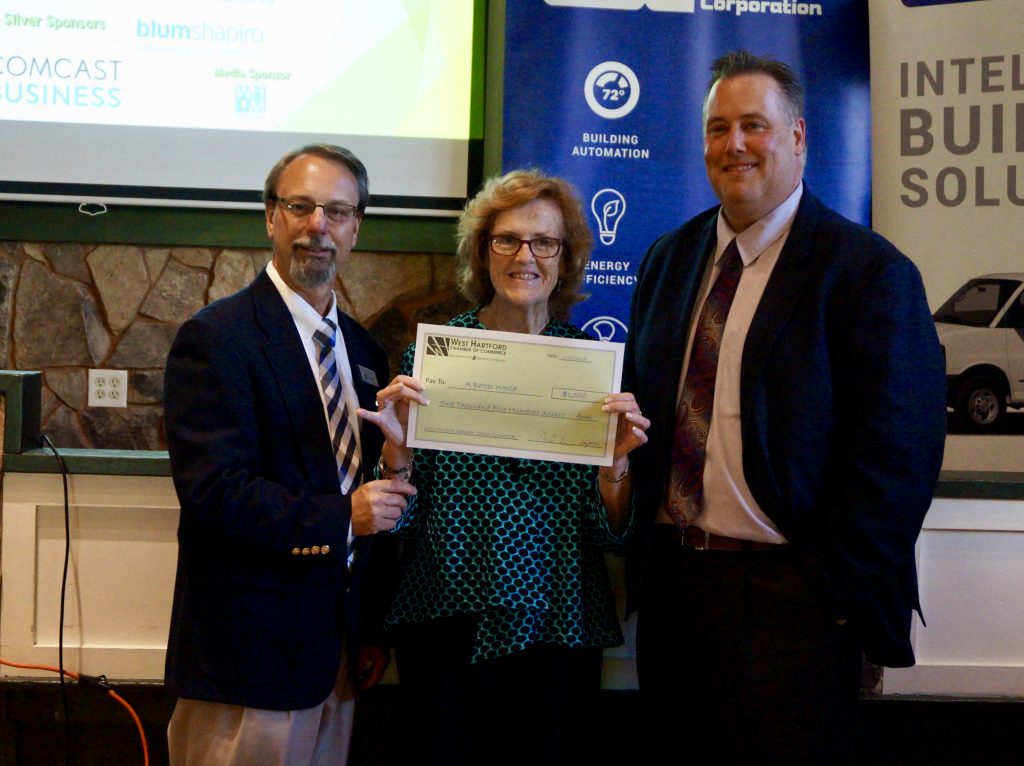 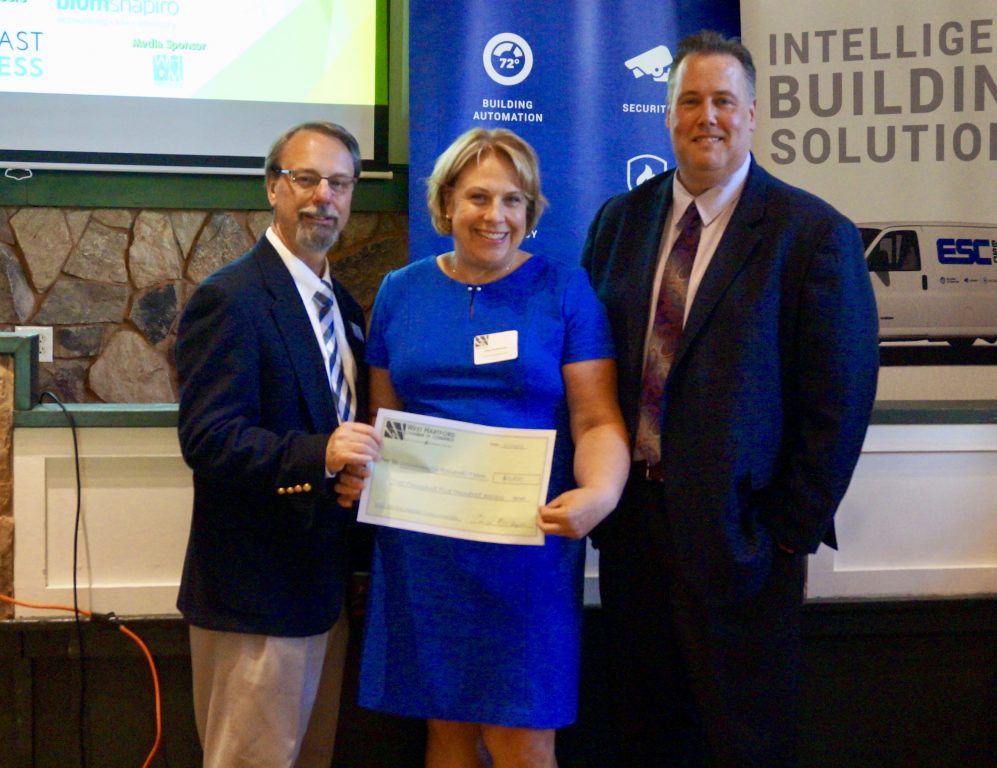 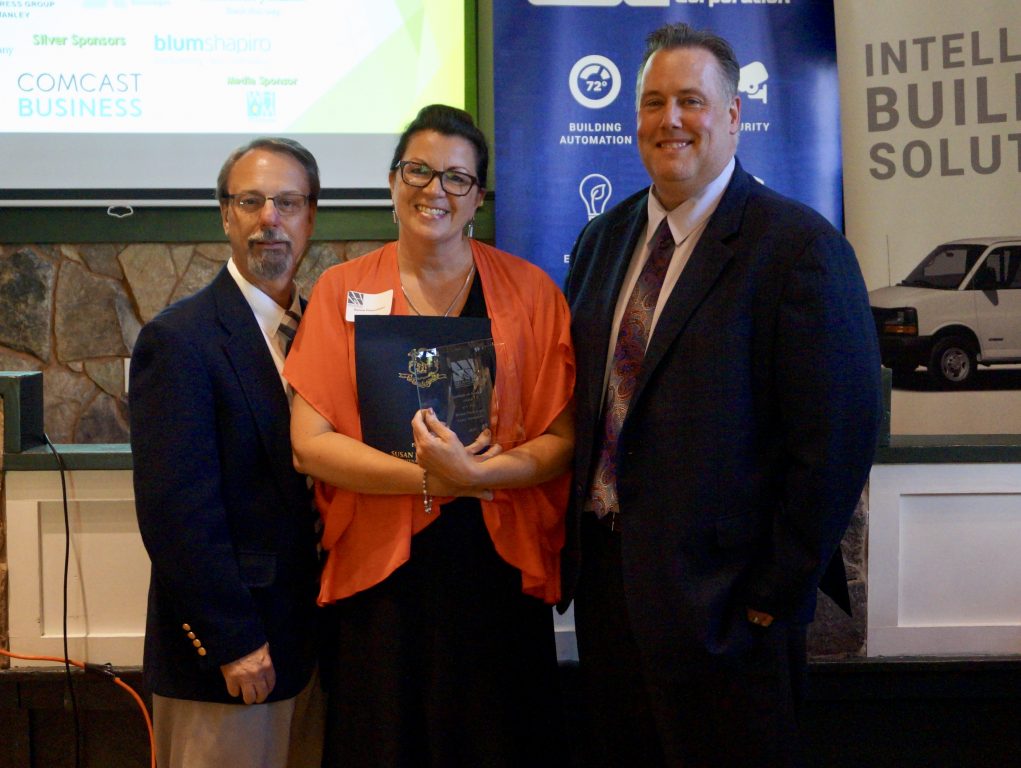 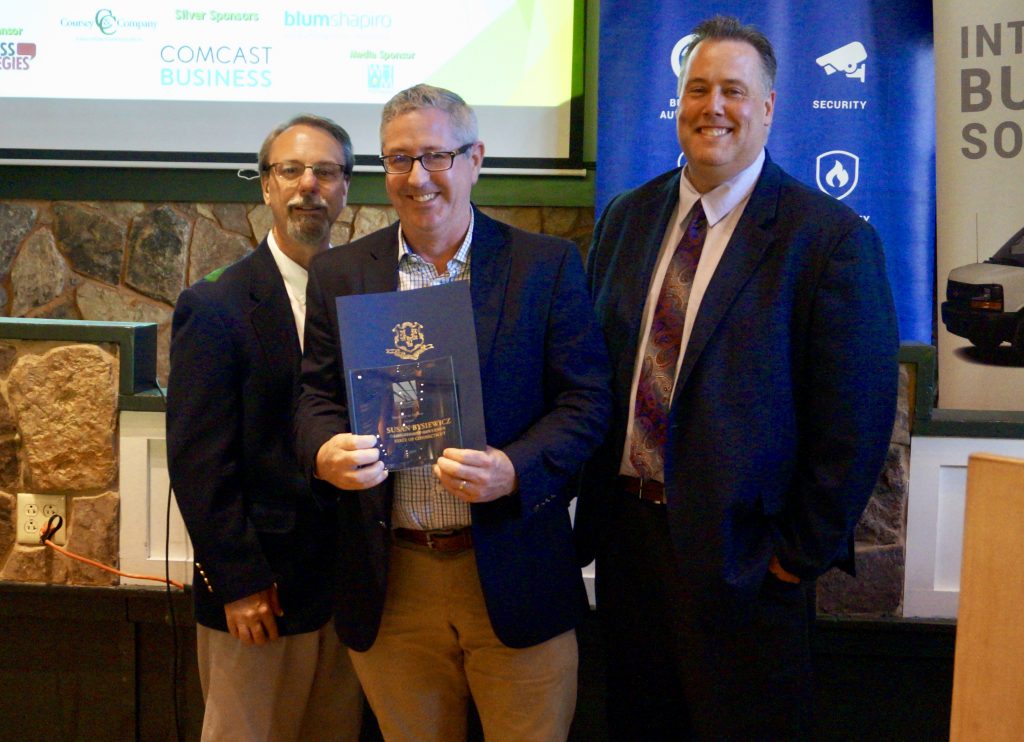 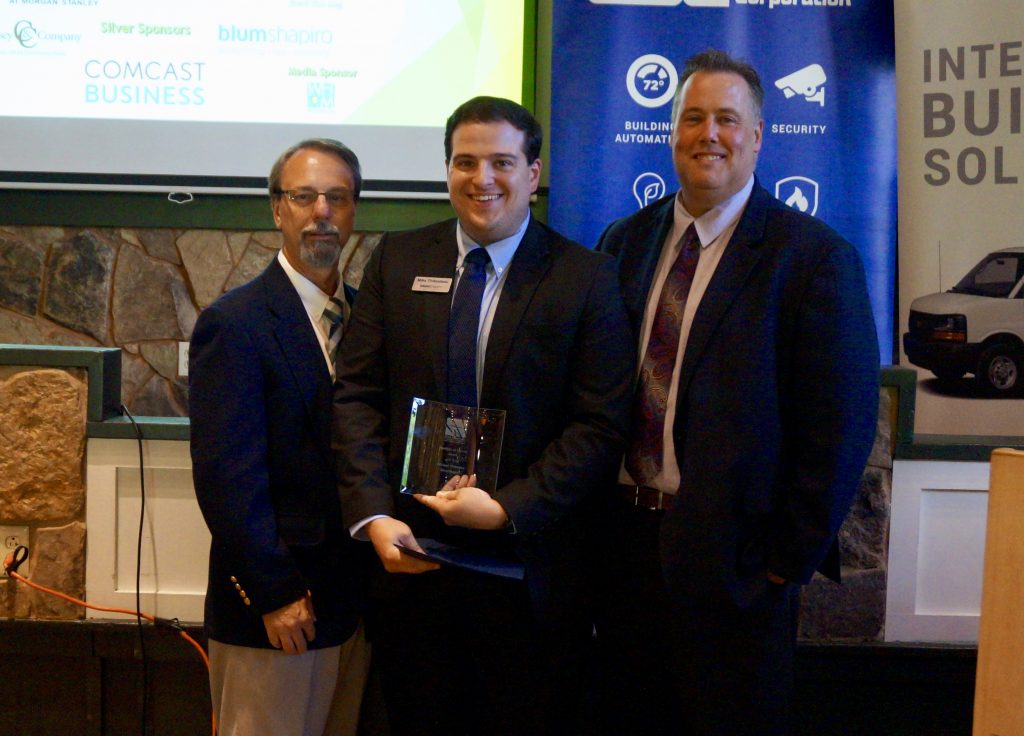 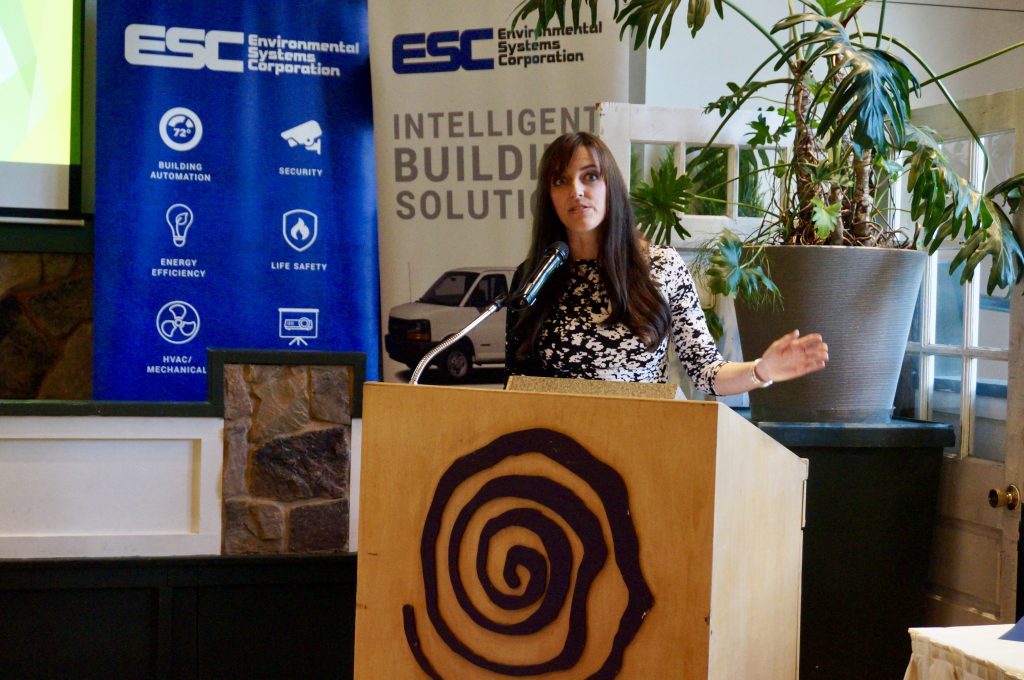