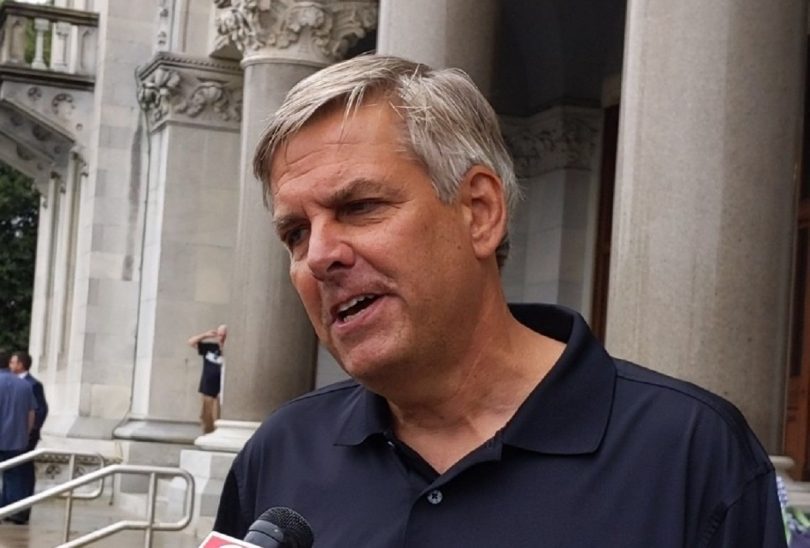 Stefanowski is expected to compete with former House Republican leader Themis Klarides, who has not yet declared her intent to run, and Granby resident Susan Patricelli Regan who has filed paperwork to run for governor.

Madison Republican Bob Stefanowski, a former investment banker who lost to Gov. Ned Lamont in 2018 by 44,372 votes, announced his intent to run for his party’s nomination Wednesday morning on the Chaz & AJ show.

Stefanowski is seeking a rematch against Lamont, who is running for reelection. In 2018 Stefanowski ran on a narrow platform to eliminate the state income tax. This time, he said he will campaign on a broader spectrum of issues. During his radio appearance he continued to paint himself as an outsider.

“I’m not a politician. I had never run for office before,” Stefanowski said. “You learn a lot. Governor Lamont, it took him three tries to run for statewide office.”