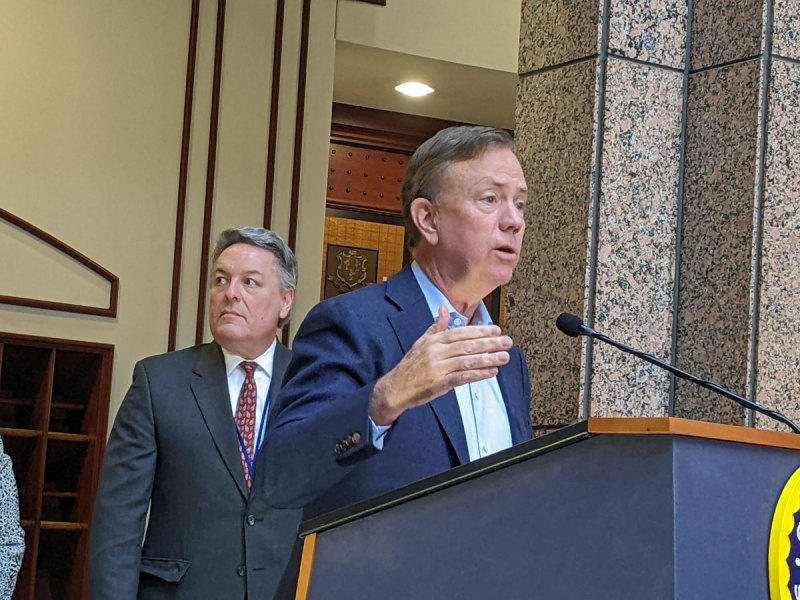 The replacement of the 24 tennis courts at West Hartford’s Conard and Hall high schools was approved during Thursday’s meeting of the State Bond Commission.

Twenty-four West Hartford tennis courts– 12 each at Conard and Hall high schools – will be completely renovated with the support of the state thanks to the approval of the projects on the 24-item State Bond Commission agenda on Thursday, March 31.

The State Bond Commission met for the first time in 2022, and with minimal discussion approved $333 million in general obligation bonds in what was also its first entirely in-person meeting since the COVID-19 pandemic began, CTNewsJunkie.com reported.

“We just completed one of the fastest bond commission meetings in history and I think we accomplished a lot,” Gov. Ned Lamont told reporters after the meeting.

Bonding will be used for transportation upgrades, IT upgrades, and grants to support town construction projects like the West Hartford tennis courts.

The 25-year-old tennis courts at Conard and Hall high schools have reached the end of their serviceable life, and the $3 million replacement cost was included in the town’s Capital Improvement Plan for Fiscal Year 2022-2023.

The 24 tennis courts – 12 at each of the public high schools – are used by the girls’ and boys’ tennis teams at Conard and Hall, other students and are also free and accessible to other members of the community. They also serve as the site for state high school tennis championship competition.

Plans – which have been developed as a collaboration between the town and West Hartford Public Schools – are to replace the existing asphalt courts with state-of-the-art tension concrete courts, and also replace the exterior fencing and nets. The new courts would have a 20-year warranty from structural cracking, heaving, and settling, as well as a 10-year warranty from bubbling and peeling.