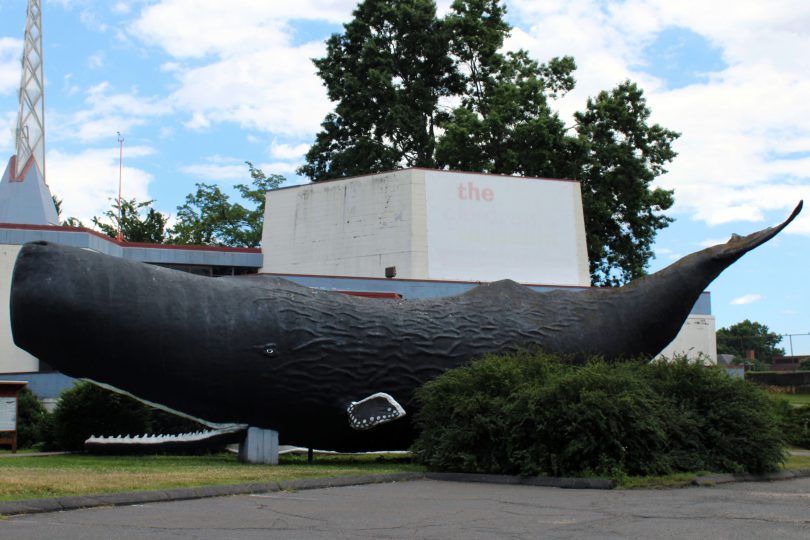 Conny, the 62-foot replica of a giant sperm whale, currently located on the campus of the Children's Museum in West Hartford. Photo credit: Sophie Christensen

Cetacean Society International is hopeful that Conny, the life-size replica of a sperm whale that has graced the grounds of the Children’s Museum in West Hartford since the mid-1970s, will be able to be preserved.

Cetacean Society International (CSI) is dedicated to “conserving whales, dolphins, porpoises, and their habitats,” and its leadership is hopeful that those preservation efforts will extend to saving Conny, the iconic ferro-concrete sperm whale that has stood sentry on the grounds of the Children’s Museum in West Hartford since it was built there by hand in the mid-1970s.

CSI “is pleased beyond words of the prospect of the beloved whale Conny having a new home by the Trout Brook Greenway,” the nonprofit organization’s president, West Hartford attorney David Kaplan, said Thursday after the plans to hopefully relocate Conny to space just across Trout Brook Drive were made public. 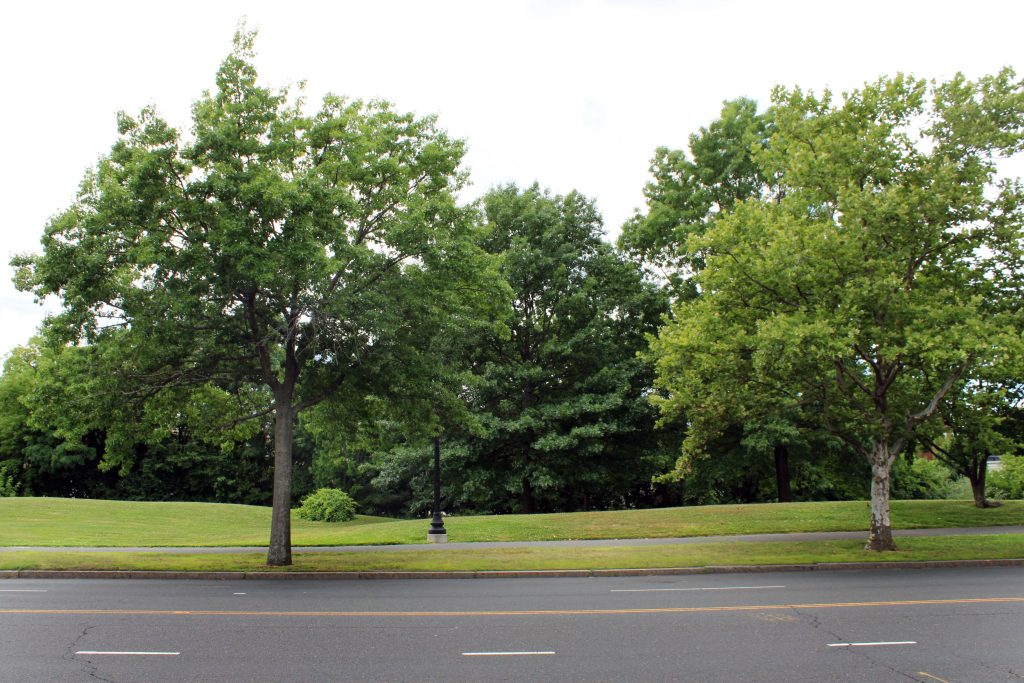 Space adjacent to Trout Brook, part of the Trout Brook Greenway, will hopefully be the new home of Conny the whale. Photo credit: Sophie Christensen

The fate of Conny – the moniker is a nickname for “Connecticut” – has officially been questionable since the announcement earlier this year that the land on which the 62-foot sperm whale replica sits, the campus of the Children’s Museum, has been sold and will become a luxury residential development.

The need for a move has been a possibility for years. Kingswood Oxford purchased the 950 Trout Brook Drive property – which is adjacent to its campus – from the Children’s Museum, then known as Science Center of Connecticut, Inc., in 2003. At the time the Children’s Museum, which had moved to the site in West Hartford in 1958, was already contemplating a move.

Conny, however, has been a beloved and visible symbol in West Hartford for decades.

“CSI literally built this great whale, by hand, with 200 volunteers and 15,000 hours of labor, some 40 years ago,” Kaplan said. “We wanted Connecticut to make a statement based on the New England history of hunting whales close to extinction and that we now cherish these great animals and want to prevent extinction.”

In 2016, many of the original volunteers returned to celebrate Conny’s 40th birthday.

According to Kaplan, Dr. Robbins Barstow, a co-founder of the Cetacean Society, was the inspiration behind Conny. His goal was to draw attention to the plight of the whales and have the sperm whale chosen as a state symbol. At the time, many members of the board at The Children’s Museum were also part of “Save the Whale” efforts, and embraced the opportunity to have the statue on the campus, which was owned by the Museum at the time.

The sperm whale was named the state animal of Connecticut in 1975, and for decades has been symbolized by Conny.

“It has stood all these years as a symbol of conservation, if we do not take all steps to save the great whales, we will lose the great whales. Forty years ago, it was still the commercial hunting of whales. Today, in addition to the harpoon, it is climate change, plastics, pollution of the oceans that still keep whales critically in danger. Conny reminds us every day not to ever forget,” Kaplan said.

“CSI is so pleased that 21st century state legislative leaders again have shown that wisdom and foresight not to lose Conny. If a new home was not found, Conny faced extinction. Speaker of the House Matt Ritter – and our own West Hartford representatives – stepped up and did not forget Conny,” said Kaplan.

Kaplan is hopeful that moving Conny across Trout Brook Drive to what is currently a grassy area that is part of the Trout Brook Greenway, will not only be the best – and most economical – option for preserving the whale sculpture, but will also enhance the educational value of Conny.

“CSI foresees a ‘Whale Trail’ that would lead to the Robbins Barstow Whale Education Park (being a destination part of the Trout Brook Greenway). The original intent of why we built Conny would be fully restored. The great whale is an historic relic, hand made by conservationists 40 years ago. It is the symbol of what we have and what we could so easily lose – A statement that tells us to please not forget that these animals are just off of our shores and are very much still in danger,” Kaplan said.

“And this new trail and park would be pure education,” he added. It could highlight “the science, the history, the role of Connecticut, and the environmental importance of the largest animals ever to be on earth.”

CSI has known for years that Conny would likely need to be relocated, and has been prepared for the need to support the preservation efforts. The organization is committed to assisting with the relocation, as well as the future maintenance.

Kaplan said public involvement, a “Friends of Conny Foundation,” will be needed to make the dream reality.

“CSI calls upon those that built Conny, and their children and grandchildren, and all the thousands of people that have come to see a life size whale in West Hartford, CT, to be a part of the Friends of Conny as we establish the foundation that will care for and protect and enhance this invaluable icon well into the future,” Kaplan said.

Kaplan and CSI are “pleased beyond words that Conny will [hopefully] stay in West Hartford,” and to have the support of the town’s mayor and town manager, who know and love Conny and support the whale as a prominent public feature.

“The enlightened state leaders have stood up to save its state animal,” Kaplan said, adding that the original mission of saving the great whale is needed now more than ever.