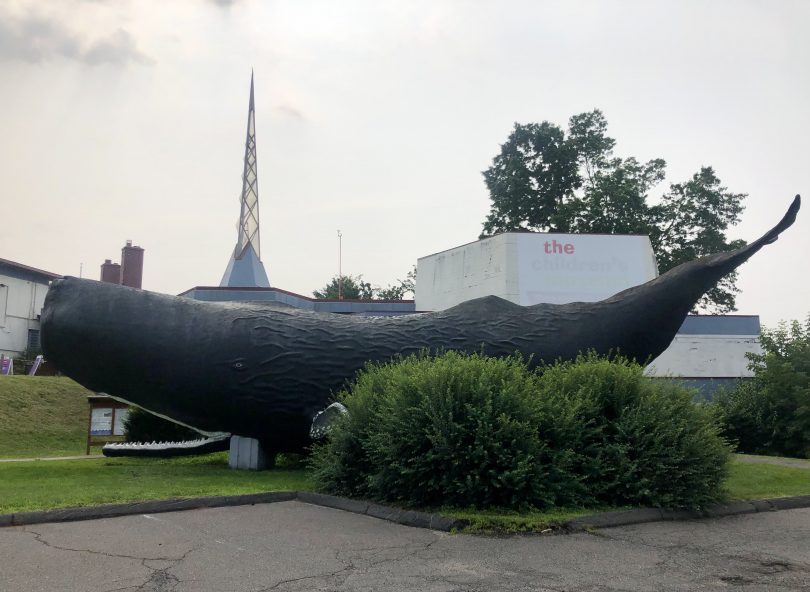 The Children’s Museum has issued a request for proposal for the cost to move Conny across the street to land along Trout Brook Drive in West Hartford, and is looking to temporarily relocate the Museum operations to the former preschool space at Emanuel Synagogue.

Conny, the 45,000-pound, 62-foot-long replica of a giant sperm whale built by hand in West Hartford by the Cetacean Society and volunteers in 1975-1976, was a visible symbol of the organization’s “Save the Whale” effort, and although its fate has been questionable since the land on which it sits was sold and is poised to become apartments, Conny may be about to get a new home closer to water.

The whale – named “Conny,” as a nickname for “Connecticut” – has been located on the grounds of the Children’s Museum, which will shortly need to relocate due to plans to redevelop the property for multifamily residential use.

In January 2022, Kingswood sold the land to Continental Properties, which is planning to construct a luxury residential development on the land which occupies a prominent location just east of West Hartford Center. Plans for that project are being finalized and a Special Development District will likely be under consideration by the Town Council later this year.

Land directly across the street from the Children’s Museum, along Trout Brook Drive and owned by the State of Connecticut as part of the Trout Brook Greenway, has been identified as an ideal spot to relocate Conny – keeping the whale in West Hartford, enhancing the greenway, and preventing possible damage from a lengthy move.

The Children’s Museum has issued a request for proposal for the move across the street, but anticipates the cost will be far less than the hundreds of thousands of dollars – estimates as high as $400,000 – it might cost to move the whale miles away, funds that are needed by the Museum for its programming and relocation of exhibits.

In addition, in order to transport Conny any distance, the steel and cement sculpture would likely have to be deconstructed into several pieces, with questionable impact on its structural integrity.

“In the best interests of protecting Conny we are working with the Cetacean Society to identify an appropriate new home,” Children’s Museum Executive Director Michael Werle said. “We believe moving Conny across the street is the most fiscally responsible option, will preserve a significant Connecticut cultural asset and enhance the Trout Brook Greenway.”

“We are pleased to hear that there may be a home for Conny right across the street from its current location,” Town Manager Rick Ledwith told We-Ha.com. “We look forward to learning more about the viability of this plan.”

The state needs to approve the plan, but no funds are being requested beyond what the General Assembly has already appropriated through bonding for the Children’s Museum move, which could include the cost of Conny’s relocation. The Cetacean Society, a 501(c)(3) nonprofit organization, plans to assist in raising funds for the relocation of Conny as well as upkeep. The entryways will be permanently sealed in a manner that blends in with the existing structure – which should allay concerns that the sculpture could become an attractive nuisance.

The Connecticut General Assembly designated the sperm whale as the state animal in 1975 because of its specific contribution to the state’s history and because of its present-day plight as an endangered species.

“We didn’t build it to be a playscape,” David Kaplan, an attorney who lives in West Hartford and is president of the all-volunteer group Cetacean Society International, said previously. “We built it to draw attention to the danger whales faced.”

Where is the Children’s Museum going – and when?

The Children’s Museum will need to relocate its entire operation by the fall of 2022, and has already announced plans to move its preschool from Trout Brook Drive to a portion of the vacant space at Emanuel Synagogue formerly occupied by Lollipop Tree Nursery School, which closed in the summer of 2020. 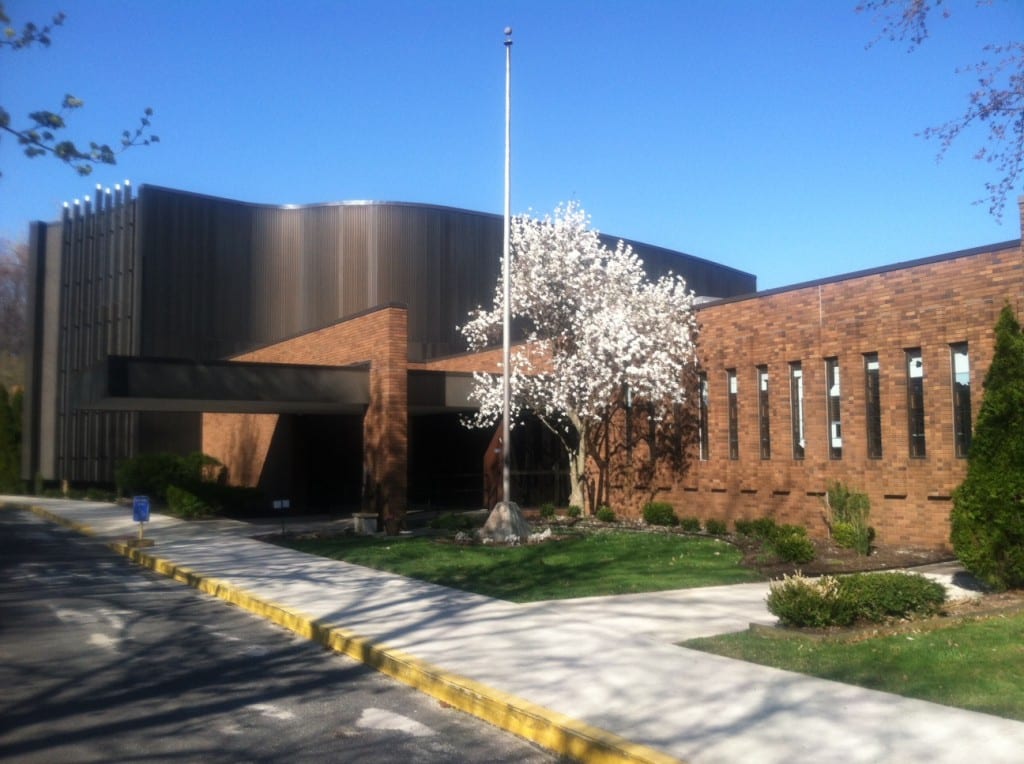 The space, at 160 Mohegan Drive, West Hartford, already has permission for operation of a preschool, and no action by the town is required for that move. The preschool will open in the new location at Emanuel Synagogue this fall.

The Children’s Museum hopes to also relocate its other operations to space at Emanuel Synagogue on a temporary basis, while continuing to identify plans for a permanent space – with the latter plans now focused on opportunities in East Hartford.

The Board of Trustees of Emanuel Synagogue has entered into an agreement with the Children’s Museum to lease 7,618 square feet of unused space on the first floor of the building, and an application is currently pending with West Hartford’s Town Plan and Zoning Commission, which meets July 6. A public hearing will likely be scheduled for Aug. 8, 2022.

Emanuel Synagogue currently has about 500 members, but the building, and parking lot, were designed for a membership of 1,000, so ample space exists.

“We believe this is a win-win proposition for Emanuel as we gain a tenant whose mission is complementary to our own and help provide transitional space to the Children’s Museum as they work on establishing a permanent home in our area,” Rabbi David Small said in a letter to the community.

“We believe the presence of an educational nature science center for young children and their caregivers on our lower floor is a great fit for the space and will be consistent with the pleasant and family-oriented atmosphere of our neighborhood. We have ample parking on site and the anticipated volume of people in attendance will be modest. The educational activities and habitat for the small animals will be indoors,” Small said.

“Welcoming the Museum is consistent with Emanuel Synagogue’s values of being a good community citizen. We are glad to be able to help cherished resource of our community in their time of need. We also are glad to help fulfill the biblical teaching, going back to the story of Noah’s ark, to nurture and care for living creatures. Most of the small animals that would be in our space have been rescued and rehabilitated. The Museum helps teach young children to understand and care for our natural environment. We look forward to welcoming the Children’s Museum to our neighborhood and hope that you will too,” added Small in his letter.

Even if the special use permit is granted, a majority of the Children’s Museum operations – including animal exhibits and staff – will not be able to make the move to Emanuel Synagogue, because the space is roughly 70% smaller than the existing facility. In order to accommodate the temporary move, the Children’s Museum plans to refocus its target audience and core activities to children ages 3 through 8 and their caregivers.

At the temporary space, all activities will take place indoors, and there will be no field trips, school bus visits, or summer camps. The Children’s Museum has proposed hours of operation as weekdays from 9:30 a.m. to 4:30 p.m., Saturdays from 1 to 5 p.m. and Sundays 10 a.m. to 4 p.m. and will be closed during Saturday Sabbath services and on all High Holidays.

“The Children’s Museum is grateful to Emanuel Synagogue for temporarily welcoming our preschool and reduced museum with preserved core activities to its home on Mohegan Drive,” Werle said.