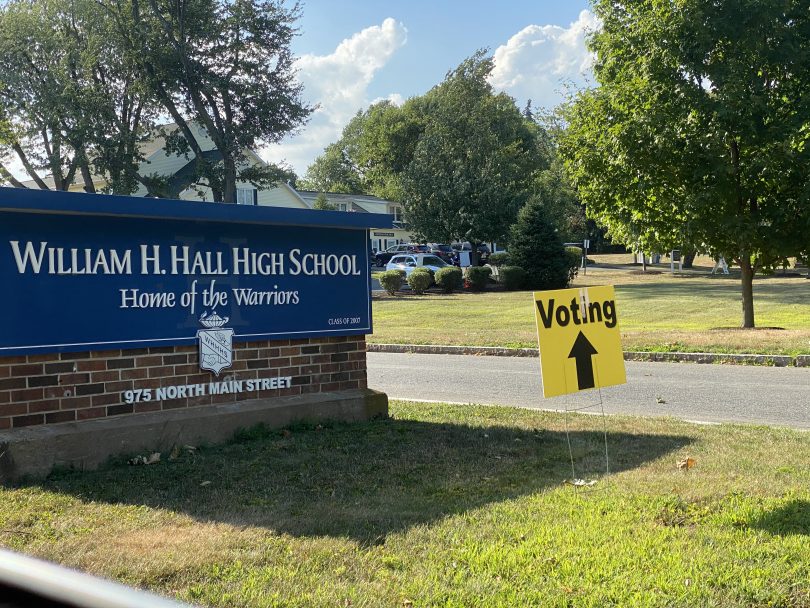 Thousands of voters made it out to the polls Tuesday to cast their votes in a primary election, with many more voting via absentee ballot.

Voting this year looked a bit different as polling locations prepared for the process to take place amid the COVID-19 pandemic, and in the 20th State House District, Democrat Kate Farrar, who garnered more than 70% of the in-person votes cast Tuesday, is the apparent winner over candidate Sherry Haller.

According to unofficial results posted on the Secretary of State’s website, which do not include absentee ballot results, Farrar received 1,835 (72.47%) to 697 (27.53%) for Haller.

The seat is currently held by Democrat Joe Verrengia, who decided not to seek re-election.

Republicans endorsed Alberto Cortes in the 20th District, but he moved out of the district and there is not currently a Republican on the ticket.

According to Town Clerk Essie Labrot, more than 7,000 absentee ballots – 6,316 Democrats and 715 Republicans – were received by the time the polls closed. There were 10,900 ballots in total sent out, and additional valid ballots are still expected to arrive via the U.S. Postal Service.

On the heels of the significant power outage following Tropical Storm Isaias, Gov. Ned Lamont signed an executive order late Monday afternoon that says if a ballot was postmarked Aug. 11 and delivered by Aug. 13 it will still count in Tuesday’s primary.

“We didn’t want anyone to be disenfranchised due to difficulties related to the electric outage,” Lamont said Monday.

Democratic Registrar of Voters Patrice Peterson said late Tuesday night that the absentee voting tally will not close until Thursday, and therefore those results are not included in the totals and will not yet be released. “I know there are at least 1,000 tomorrow to count,” Peterson said.

“Voters clearly want a progressive champion at the State Capitol,” Farrar said in a statement after learning the results from the polls. “My campaign is about bringing new energy to tackle the monumental challenges of our future. I am grateful for tonight’s overwhelming support from the community, and eager to get to work for the 20th District,” she said.

“Campaigning during COVID-19 presented new challenges, but now more than ever we need to be connected as a community,” continued Farrar. “It’s why I worked so hard knocking on doors, making calls, and reaching out to voters every way possible.”

Farrar, who until recently was executive director Connecticut Women’s Education and Legal Fund (CWEALF), and led the passage of the state’s landmark Paid Family & Medical Leave law in 2019, collected more than 450 signatures from 20th District Democrats in May to secure a place on the Democratic primary ballot.

“However this upholds, it’s been an extraordinary exciting experience. I have made so many friendships and learned so much about the town I grew up in. I am thrilled and honored to have had this opportunity,” Haller said Tuesday evening.

She continued by expressing her gratitude for her team and sharing her love for the town of West Hartford.

West Hartford residents who were registered to vote with either the Republican or Democratic Party were eligible to vote in Tuesday’s primary, and those who did go to the polls found strict safety protocols in place.

Throughout the day, campaigners for both Haller and Farrar happily stood outside the 20th district polling locations, thanking voters for their consideration.

Volunteers with masks sat outside greeting and directing voters into the polls. Markers were set on the floor to make sure residents were able to vote while maintaining the appropriate 6-foot distance.

All voters, staff, and volunteers were required to wear masks upon entering the polling locations and extra sanitation was provided to ensure the safety and cleanliness of the stations.

Volunteers sat at their respective desks behind a plexiglass screen. Arrows were placed on the floor to help direct the flow of traffic inside the polling stations.

Volunteers and staff noted that although a fewer than usual number of in-person voters were at the polls, there was a surplus of absentee ballots cast.

Throughout the day, in-person voting went smoothly with all safety regulations being followed.

In addition to the presidential candidates, where Joseph Biden and Donald Trump were declared winners of their respective Democratic and Republican races, Republicans had a choice between 1st Congressional District endorsed candidate Mary Fay, a West Hartford resident, and challenger Jim Griffin.

Results were not yet available for the 1st Congressional District contest. 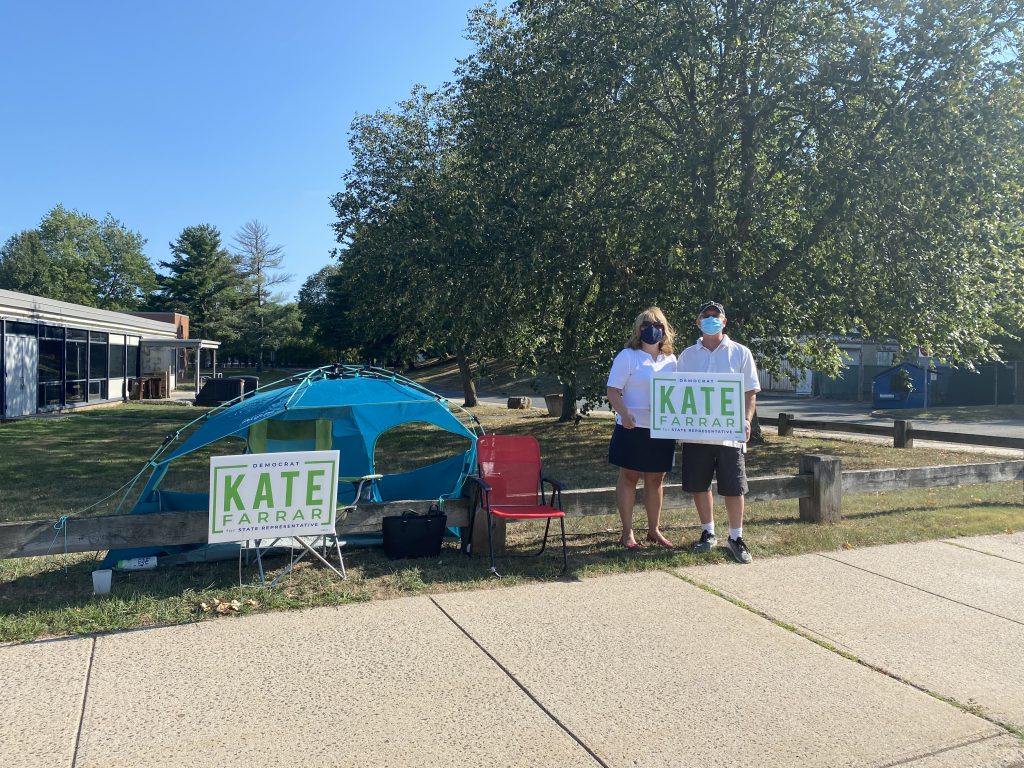 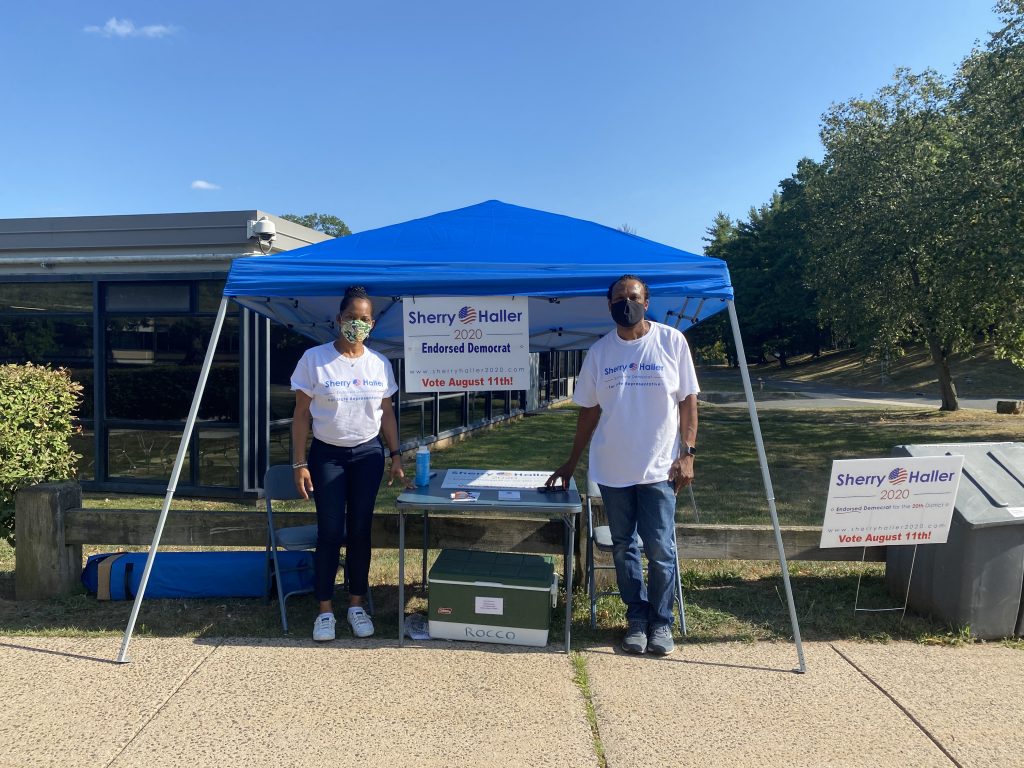