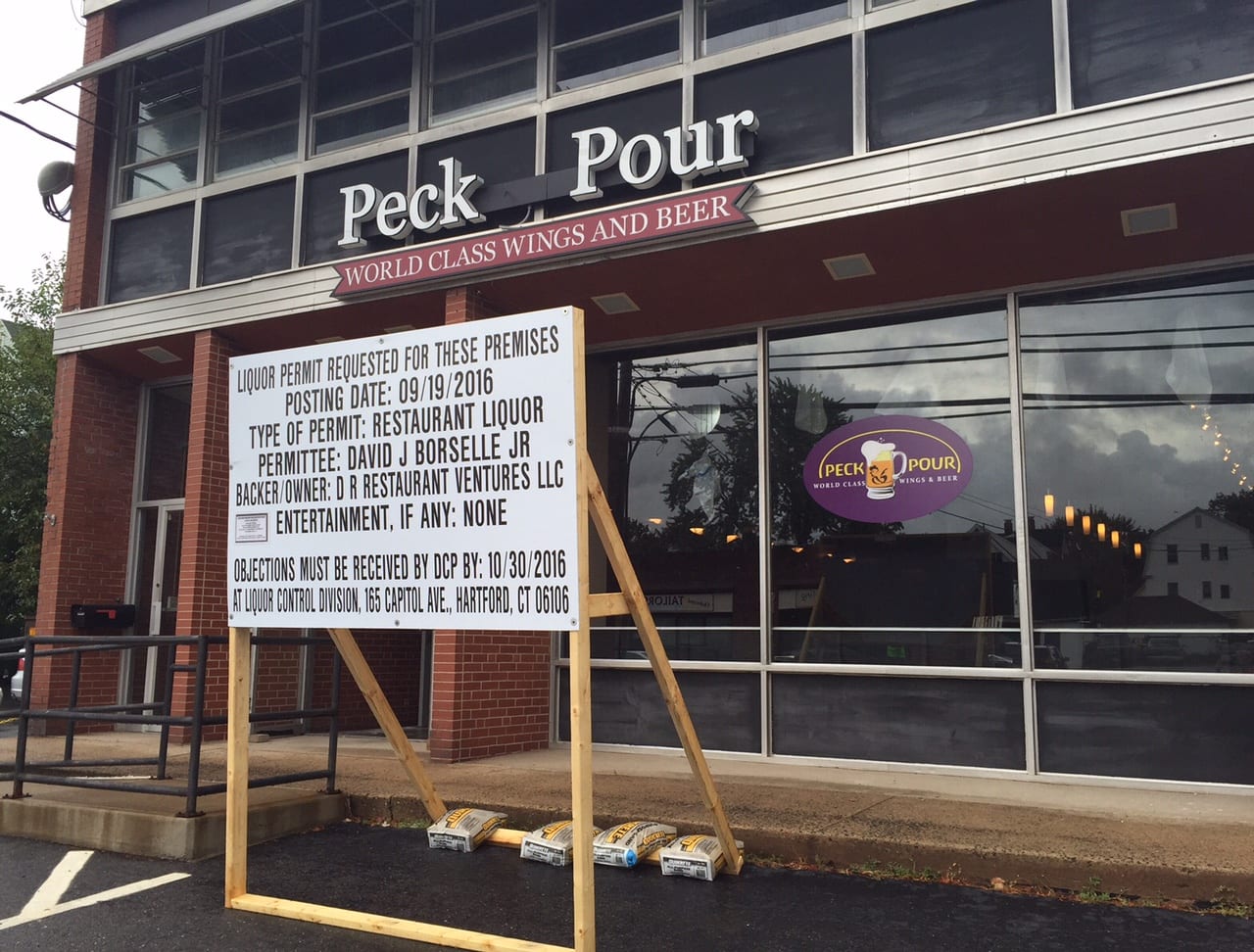 Refined American comfort food served in a comfortable environment surrounded by beautiful warm wood finishes and great art is the vision David Borselle has for Park & Oak Restaurant, slated to open this November at 14-16 Oakwood Ave. in West Hartford.

Park & Oak’s concept will be casual, and reflect Borselle’s own laid back personality. “It’s a style I’ve wanted to do for some time,” he said.

Borselle, former chef and partner at Àvert Brasserie in West Hartford Center and Bar Bouchée in Madison, is excited about branching out into a completely different concept. “I did French food for the last six or seven years. It’s perceived as fancy,” he said, and even though that’s not necessarily true, it was tough to overcome the perception.

Park & Oak will offer the kind of food that Borselle said he and his wife (he married NBC Connecticut anchor Heidi Voight in April) and their friends want to eat on a regular basis – and he hopes people will want to, and be able to, visit more than once a week. 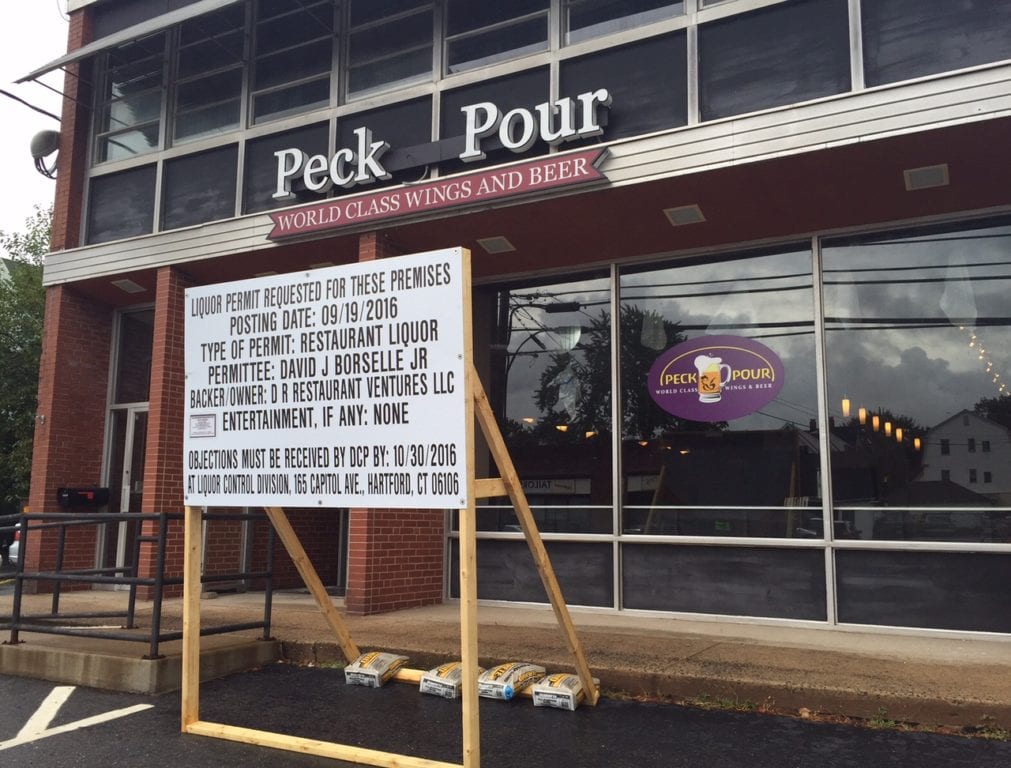 “I want to maintain and capitalize on the locality of products, of ingredients,” Borselle said. He has long-standing relationships with local farmers and other food purveyors, and Park & Oak’s concept will allow for a great variety of menu options as well as flexibility. “If I want to do something with lobsters because my supplier says they’re available, I can,” he said.

The menu is still in development, but Borselle said it will feature American regional influences – and shrimp and grits will definitely be one of the featured dishes. Biscuits will also be on the menu. He and his wife have family in Florida, and Borselle said he’s a big fan of Southern hospitality.

“Also, I’m a huge lover of pasta,” said Borselle, who grew up as one of seven children in an Italian-American family. He also attended cooking school in Italy, and plans to serve several pasta dishes, including some vegetarian and lighter dishes. “But I’m excited about lobster carbonara,” he said.

“Happy hour will be huge,” he said, and will be available seven days a week. Happy hour dishes will be $3-$6 each. The restaurant will serve dinner seven days per week, and lunch every day except Sunday.

There will be seating for just over 50 people, and Borselle said he plans to seek a permit from the town for an outdoor seating area for up to 16 people near the Oakwood Avenue entrance beginning next spring.

“It will be casual, fun, with a cool bar,” Borselle said. That bar – made of 150-year-old reclaimed wood from a textile factory in New Bedford – will be a key element of the ambiance. He’s hired a friend of his who owns a woodworking company to do all of the woodwork on the bar.

The tables, banquettes, and booths will all be custom-made from oak. “Oak wood,” Borselle said, in a nod to the restaurant’s location. He also noted that his first ever food-related job was working for a catering company owned by his father’s best friend. The catering company was called Park David – also adding to the significance of Park & Oak as a name for the restaurant that is accessible to both Park Road and Oakwood Avenue. Signage will be visible on both streets, Borselle said.

Since he left Àvert in January, Borselle has been concentrating on his catering business, hosting farm dinners in Madison, wine dinners, showers, weddings, and other events. He said he loves catering because of the ability to try many different things, and that flexibility is also fun for the chefs he employs. The Oakwood Avenue property has a basement space with a full kitchen separate from the restaurant already designed for catering, and Borselle said he will house the catering business in West Hartford, too.

Park & Oak Restaurant’s website, www.parkandoakrestaurant.com, is still under construction, but when it launches next month it will also include a link to Park & Oak Catering.

Renovation of the property has been ongoing since Park & Oak Restaurant’s lease began on Aug. 1, and Borselle said that while the “back of the house” remained intact – the hood system, fire suppression, and other kitchen facilities – the areas the guests see are getting a complete makeover. The bar, the entrance, and even the restrooms will all be completely redone.

Borselle said he knows that the space was recently – and briefly – occupied by two failed restaurant concepts. Brownstone Café opened in March 2014 and closed in August 2014. Peck ‘n Pour opened in December 2014 and closed just a few months later. The building went into foreclosure and was purchased by West Hartford resident Gary Dinowitz, who has leased the space to Park & Oak.

Borselle is confident that Park & Oak is a concept that will work in the Park Road neighborhood. Robert Savin, who owns several restaurants in the region, is a minority partner and will handle the business side, Borselle said. The two have collaborated successfully in the past, he said.

A mid-November opening is planned, and Borselle is very hopeful that he will be able to open before Thanksgiving.

Park & Oak will match the vibe and feel of Park Road – a little more casual, mellow, and low key than the Center, Borselle said. “I’m very excited,” he said. “I really want that neighborhood feel.”