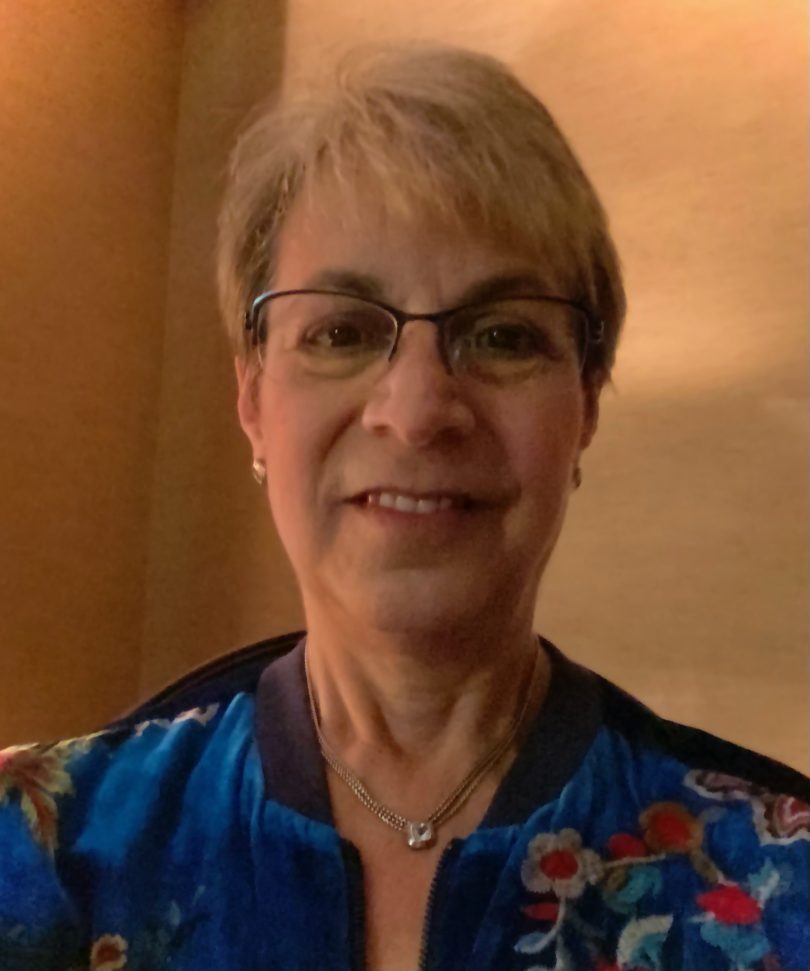 We-Ha.com will be publishing a series of essays/blogs/reflections on the issue of going to college – primarily a set of thoughts and musings, along with some practical advice, intended to support students and parents as they embark on this journey. While many of our readers are experts in this topic, many others are less knowledgeable and have little outside support. We hope this is helpful to all readers as they go through the various stages of getting into and getting something out of college.

Do you know what the “red zone” is?

The “red zone” is the period from mid-August to Thanksgiving break in November – approximately 15 weeks – when students new to college are most vulnerable to sexual assault. Around 50% of incidents of sexual assault occur during this time. According to Texas A&M University, “Freshmen, especially females, are particularly vulnerable during this time as they navigate an unfamiliar campus, parties and the college social scene for the first time.”

I know that many of you reading this have just sent your very young adult children off to college. And although you have taught them well, and recently increased the number of discussions of serious issues they might face as a new college student, it’s hard not to recollect our own college experiences and think, “I hope he/she/they doesn’t do the things I did when I was a college student.”

Speaking only for myself, my parents would have been horrified if they knew about some of the things I did when I was in college. They, like you, sent me to college believing I was responsible; believing they taught me well and that I used good judgment. But, as we all know, the college environment throws a lot at new students all at once. Students want to make friends and have new experiences. Some want to have a boyfriend or girlfriend. Some want to go to parties. Some want to try alcohol or drugs. Some want to have sex for the first time. Whew! And when we are new, and excited about being away from home, and there is pressure to fit in, it’s sometimes hard to remember all those lessons about being responsible.

On April 4, 2011, the Obama administration sent all colleges and universities that receive federal funding what became known as the “Dear Colleague Letter.” The purpose of the letter was to provide colleges and universities with new and strengthened guidance on how to handle complaints of student-on-student sexual assault, whether on campus or off campus. One of the requirements expressed in the letter was that colleges have a Title IX1 officer. At my college, that person was me. It was a role I took very seriously and it was also one that caused me considerable distress because it was so important to get it right

As you may also know, the Trump administration rescinded the Obama administration’s rules and set forth new regulations which were developed under Secretary of Education Betsy DeVos. Some view these regs as rolling back the protections of the Obama rules while others believe they provide a layer of fairness to the accused student – a debate I am not going to get into at the moment. The U.S. Department of Education under Secretary Miguel Cardona is in the process of reviewing the present regulations and its proposed changes were distributed for public comment. That comment period closed on Sept. 12, 2022.

My primary interest in sexual assault at college is with its prevention; the advice/instruction/training we provide students about being safe at parties and in other situations; and other techniques students can use to stay safe. Related to this is my interest in developing in our students a healthier notion of personal responsibility. While this may sound like victim-blaming, it is an attempt to help students consider the possible outcomes of their actions so they can make better choices for how to act, how much to drink, where to go alone, where to go with a group, etc.

Last, I am interested in helping our students have a larger vocabulary in talking to each other about how far they want to go sexually with another person and to have the confidence to be able to articulate those thoughts clearly.

Under Title IX as well as the Clery Act2, all federally funded colleges and universities are required to provide on-campus training to all students on issues of sexual harassment and assault. Students who have just started college have most likely already participated in training sessions that, in part, dispense some of the tips below.

The tips provided here are from the Office on Women’s Health. Although sexual assault is not an issue for women only, they are the most vulnerable group of students.

The training provided at most colleges goes well beyond these tips. The key for college students is to take the training seriously but, unfortunately, many students don’t. Many students think they are already wise to these issues and, therefore, it won’t happen to them. And, sitting in a room at a computer and taking an online training workshop on sexual assault, or watching a skit, or listening to a panel discussion is not what most students want to be doing when they arrive at college. But the training is helpful and it fulfills a purpose that is more than simply meeting federal requirements. If you are a student reading this, please take these training programs seriously. And if you are a parent, please urge your students to get the most out of such training.

All students, regardless of gender, shoulder equal responsibility when it comes to sexual assault. Ultimately, if someone is assaulted it is not that person’s fault. It does not matter if they were provocatively dressed, had too much to drink, or were walking alone at night. The act of assault is a crime and it is the perpetrator who is to blame. But we all must take responsibility to get to know who we are with, to be clearheaded – i.e., be careful about how much you drink or what/how much drugs you take, to be aware of our surroundings, and to ask permission and receive clear consent for any sexual advance. These “rules of responsibility” as I call them apply to ALL students of ALL genders. And all students can learn to be good bystanders, intervening to prevent an assault that might be imminent.

One of the challenges of sexual assault prevention is teaching young people to speak to any potential sexual partner about what they want and don’t want. When I was about 14 years old and a camper at a summer camp in upstate New York, I was making out behind the social hall one evening with a very nice, cute boy. The next day I didn’t speak to him. The reason? I didn’t know how to tell him – and didn’t know that it was okay to tell him – that he kissed me so hard I thought I was going to fall over! I simply did not know how to articulate what I wanted and didn’t know it was acceptable to do so. I try not to be too hard on my 14-year-old self for “ghosting” him like that. He didn’t deserve it. But issues like this, whether somewhat humorous and non-threatening or something far more serious, must be communicated in ways that are clear and unambiguous, and without fear of disappointing the person one is with.

Think of all the miscommunications that we, as adults, have with others whether at home, at work, or with a friend. And we are mature and practiced … supposedly. Now consider how difficult it is for young people – young people who may have been drinking, whose brains are not fully formed, and who want to be perceived as being fun. This is one of the reasons that adjudicating claims of sexual assault is so difficult. There are so many complicating factors.

As I hope I have made clear, sexual assault is a very complex and complicated issue. There is really nothing clear about it except that it is awful and it should never occur. However, I think there are many things we can all do to mitigate the chances of being sexually assaulted or of sexually assaulting another person. I hope our students who are in college and those who come up behind will treat this issue with the seriousness it requires.

1Title IX of the Education Amendments of 1972 is a Federal civil rights law that prohibits discrimination on the basis of sex in education programs and activities.  It is enforced by the U.S. Department of Education’s Office for Civil Rights. Title IX states that “No person in the United States shall, on the basis of sex, be excluded from participation in, be denied the benefits of, or be subjected to discrimination under any education program or activity receiving Federal financial assistance.” Some key issue areas in which recipients have Title IX obligations are: recruitment, admissions, and counseling; financial assistance; athletics; sex-based harassment, which encompasses sexual assault and other forms of sexual violence; treatment of pregnant and parenting students; treatment of LGBTQI+ students; discipline; single-sex education; and employment. (https://www2.ed.gov/about/offices/list/ocr/docs/tix_dis.html). Additionally,

2In 1986, Jeanne Clery was raped and murdered in her residence hall room on the campus of Lehigh University. The Jeanne Clery Disclosure of Campus Security Policy and Crime Statistics Act (Clery Act) was passed in 1990 and requires colleges and universities to disclose crime statistics on an annual basis. The Campus Sexual Assault Victim’s Bill of Rights, which is a component of the Clery Act, requires institutions of higher education to report on its educational programming, disciplinary processes, the victims rights when reporting sexual violence. The Campus SaVE Act of 2013 broadened the requirements of Clery by requiring colleges to address all incidents of sexual violence including dating violence, sexual assault, domestic violence, and stalking.

Adrienne Leinwand Maslin recently retired from a 45-year career in higher education administration. She has worked at public and private institutions, urban and rural, large and small, and two-year and four-year, and is Dean Emerita at Middlesex Community College. She has held positions in admissions, affirmative action, president’s office, human resources, academic affairs, and student affairs. Maslin has a BA from the University of Vermont, an MEd from Boston University, and a PhD from the University of Oregon. She is presently creating a TV/web-based series on life skills and social issues for 9-12 year olds believing that the more familiar youngsters are with important social issues the easier their transition to college and adulthood will be. Information about this series as well as contact information can be found at www.shesroxanne.com.