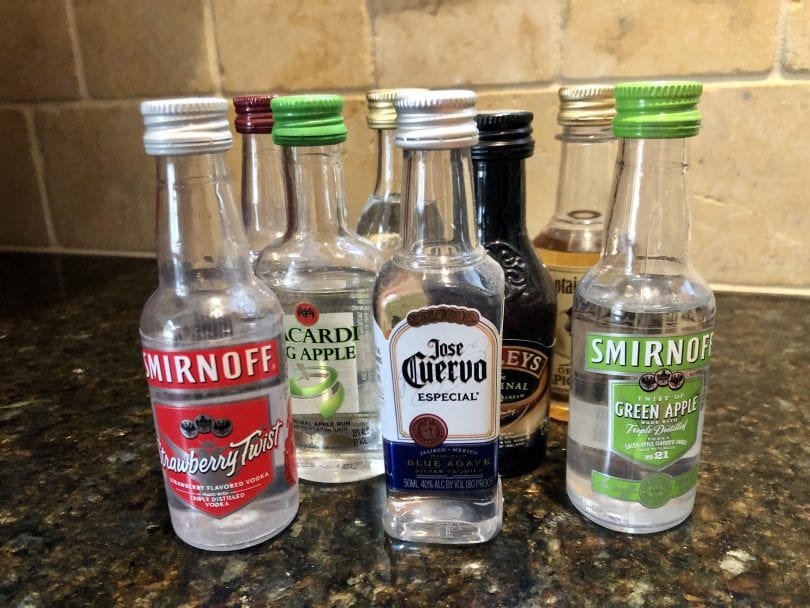 Connecticut would increase the deposit on bottles and cans from 5 to 10 cents under a bill approved Wednesday by a legislative committee, which would also require a new deposit for nips liquor bottles.

The Environment Committee sent the bill to the state Senate for consideration on a 21 to 11, party-line vote.

In an effort to encourage more people to return bottles and cans, the bill doubles the deposit fee paid by consumers, effective Jan. 1, 2022.

The committee approved the new fee on nips – small, shot-sized liquor bottles – despite concerns that there are currently no bottle redemption machines designed to handle them. Even without a machine, consumers can redeem their deposits by returning bottles and cans to the store where they purchased them.

Several lawmakers welcomed the deposit on nips, which can be bought in bulk and are often found discarded along roadways and in parks, especially in urban areas. The bill calls for the deposit on nips to go into effect on July 1, 2022.

“I can tell you, the average life expectancy of a nip is from the liquor store to my front yard. I can probably pay off my mortgage by just going out and walking up my road and picking the bottles,” Rep. Kenneth Gucker, D-Danbury, said.

Gucker said paying a 10 cent deposit might curb the attitude of residents who currently discard the little bottles on the ground.

“Maybe instead of them throwing it out the window of the car, they might put them in a trash bag or might put them in the recycling bag and bring them back and maybe start to think of the rest of us don’t spend our afternoons picking up the little red caps from the Fireball bottles,” he said.

“If we were to point out what’s littering our parks, it’s liquor bottles and it’s nips,” Dillon said.

The panel had originally sought to attach a new deposit to glass liquor and wine bottles. Lawmakers removed that element of the bill before voting it out of committee Wednesday.

The provision was opposed by package store owners and alcohol wholesalers. In testimony on the bill earlier this month, they argued the cost of redeeming glass bottles would fall exclusively on liquor stores. Bottles would have to be returned to package stores since grocery stores do not sell wine and liquor in Connecticut.

In its current form, the bill calls for the state Energy and Environmental Protection Department to reach a memorandum of agreement with industry stakeholders. The agreement will need to provide for the processing of 80% of wine and liquor bottles in Connecticut and be presented to the committee by Jan. 15, 2022.

Some members of the committee felt the bill should more directly tackle the glass bottle issue. Rep. Stephen Harding, R-Brookfield, said the panel was “compartmentalizing” the state’s waste problems.

“In order to address this waste crisis we have here in the state, I believe this needs to be a holistic approach,” he said. “One concern I do have is removing … the wines and liquors and spirits from the bottle bill and not making this kind of a holistic approach now and addressing everything we can now.”

Sen. Christine Cohen, the panel’s co-chairwoman, said the bill did tackle the issue even if it did not specifically assign a deposit fee to wine and liquor bottles. Cohen said she was hopeful the memorandum of agreement would identify a way to get the wine and liquor bottles out of the state’s waste stream. Currently, the bottles represent a significant burden on towns, she said.

“This is something that many of our taxpayers don’t recognize because it’s sort of folded in – these waste costs are folded into budget line items but tipping fees are on the rise and they are … costing municipalities and therefore our taxpayers a lot of money,” she said. “We’re hearing overwhelmingly from our municipalities they’re at a breaking point and we must act now.”