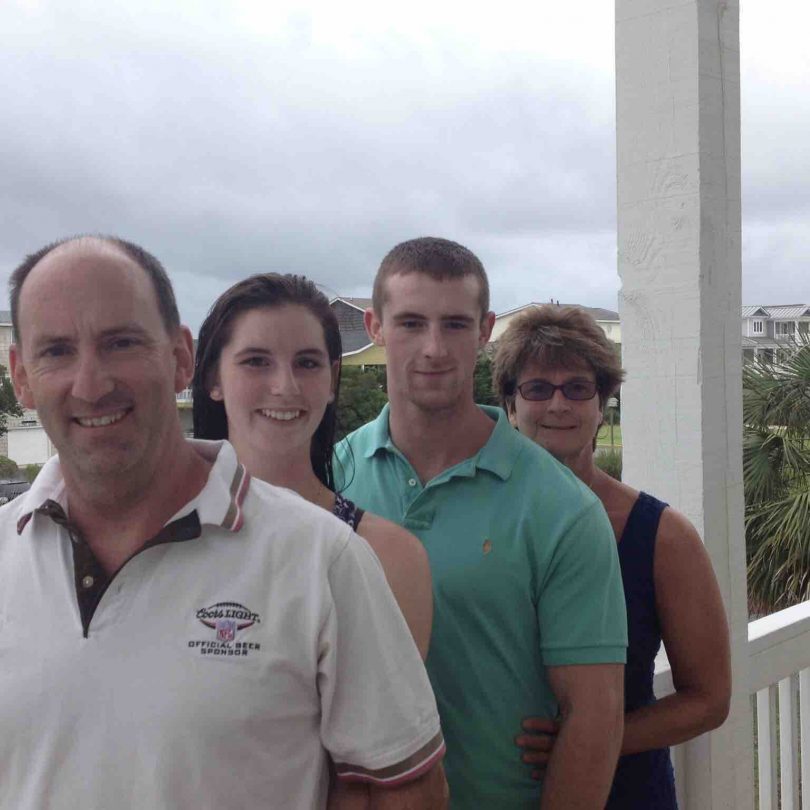 Brian Cannon (left), pictured with his family, is battling a rare form of cancer that will require his entire leg to be amputated. Courtesy photo

Hall-Southington high school hockey coach Brian Cannon is preparing to undergo a right leg amputation as a result of a rare cancer that has formed in his hip. 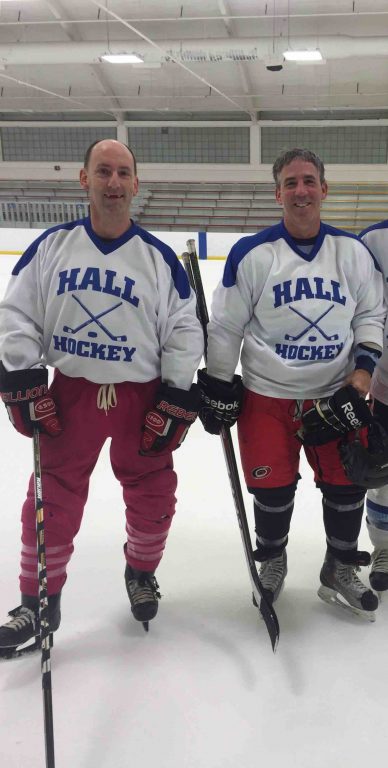 In less than a week, the community has already raised more than $49,000 in support of Brian Cannon.

Cannon, a longtime youth and high school hockey coach in West Hartford, will need to have his entire right leg removed, along with part of his pelvic and hip joint, as a result of a rare cancer, and funds are being raised to assist the Cannon family in making their home handicap accessible.

The goal of a GoFundMe campaign started by Gail Cannon, Brian Cannon’s sister-in-law, is $50,000.

According to Gail Cannon, Brian Cannon had been suffering from debilitating pain which caused him to limp, but continued his role as head coach of the Hall-Southington boys hockey team, and continued working ands other activities.

He underwent two surgeries for relief from the pain before opting for complete hip replacement on July 26.

“They had to stop the surgery when they saw what looked like a tumor,” Gail Cannon wrote on the GoFundMe site. “On Aug. 1, 2019 it was confirmed that Brian has cancer. He was diagnosed with Synovial Chondrosarcoma, a very rare type. Only about 2,000 people [of the population] (0.00000571 percent) get this kind of cancer annually in America.”

Gail Cannon said that the only treatment is amputation; this form of cancer is not receptive to either chemotherapy or radiation.

It is unknown at this time whether or not a prosthesis will be able to be utilized because the amputation will be so extensive, and the family is anticipating that following the surgery, Brian will be mostly wheelchair bound or required to use crutches.

The GoFundMe campaign is intended to assist the family with creating first-floor living accommodations and other renovations so that the home is handicap accessible, as well as assisting with other medical and other costs.

For more information, or to donate, visit the GoFundMe page at https://www.gofundme.com/support-for-brian-cannon.

More information about the disease can be found here.