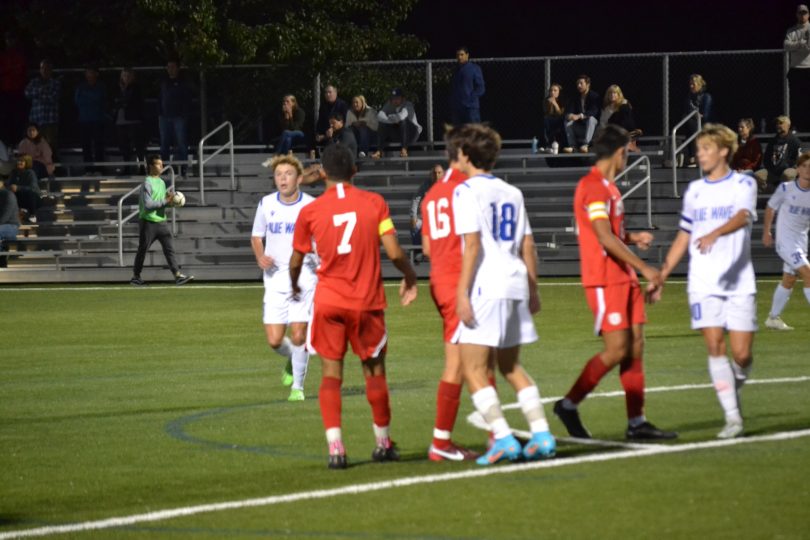 The Conard Red Wolves scored early but saw the Darien Blue Wave find the net late in the game as the two teams tied at 1 in the FCIAC vs.CCC Challenge Cup at FSA on Saturday night.

Two of Conard’s captains teamed up to score the opening goal. Kevin Rivas delivered  a beautiful ball from his own side of midfield  that Anthony Catanzaro ran into in the box, out-hustling two defenders, and drove into the far side of the net to give Conard the 1-0 lead less that 2 minutes into the game. The score held into the half, despite the repeated scoring chances for Darien.

Conard (2-1-3) looked like it might take the “W,” until Darien managed to equalize late in the second half in transition. Conard goalie Ben Hammond had a very busy night in goal, pulling off several big saves to keep his team in it.

It was the Red Wolves’ second 1-1 tie against a dominant opponent. On Thursday, Rebecca Lewis’ squad held defending state champ Farmington in check, and  Saturday’s tie came against a Darien team that featured a heavy senior lineup.

The Red Wolves are back in action Tuesday hosting Northwest Catholic at 3:45 p.m. 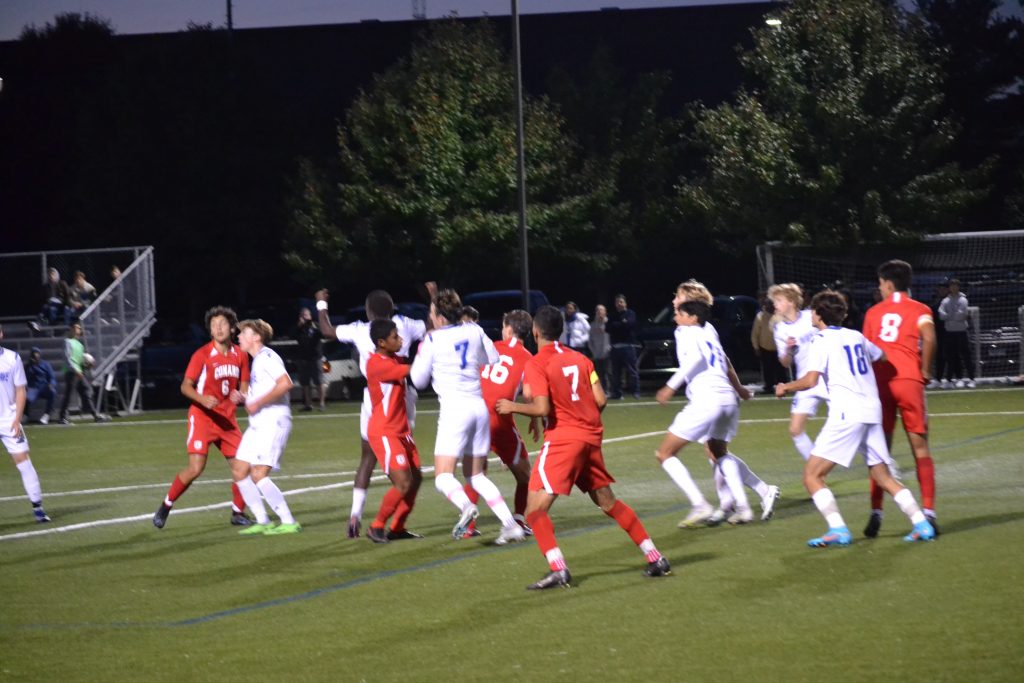