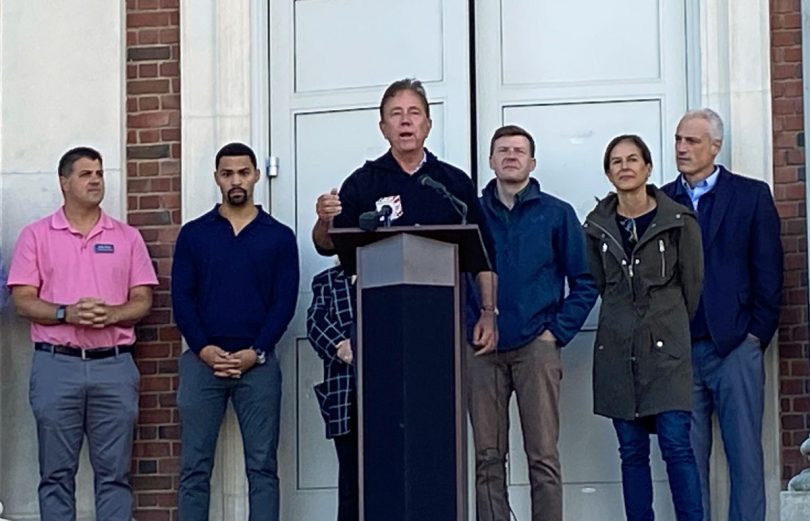 In addition to Gov. Ned Lamont, Lt. Gov. Susan Bysiewicz, and other state officials, West Hartford Mayor Shari Cantor and members of the town’s legislative delegation participated in a ‘Bans Off Our Bodies’ rally on Saturday.

Democratic Gov. Ned Lamont joined state and local officials on the steps of West Hartford Town Hall on Saturday for a rally on reproductive rights.

Despite a recent Quinnpiac University poll finding that only 12% of Democrats believe abortion is the most urgent issue facing the state, the Democratic Party believes it’s a winning issue for them in what Lt. Gov. Susan Bysiewicz called “Roevember.” 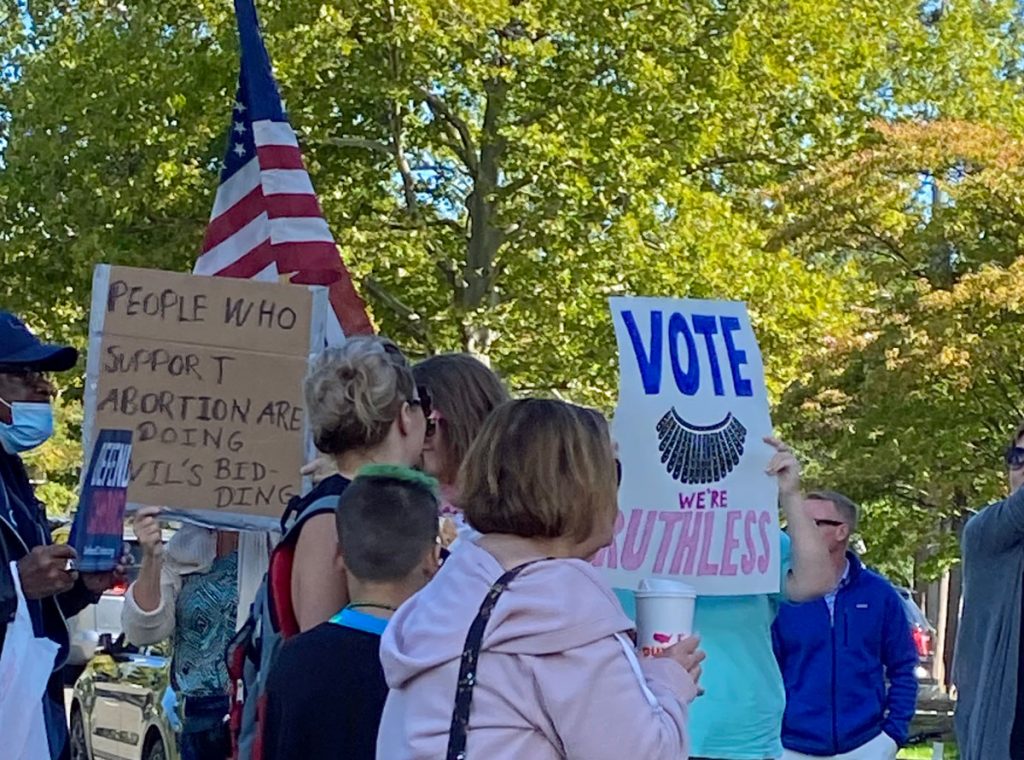