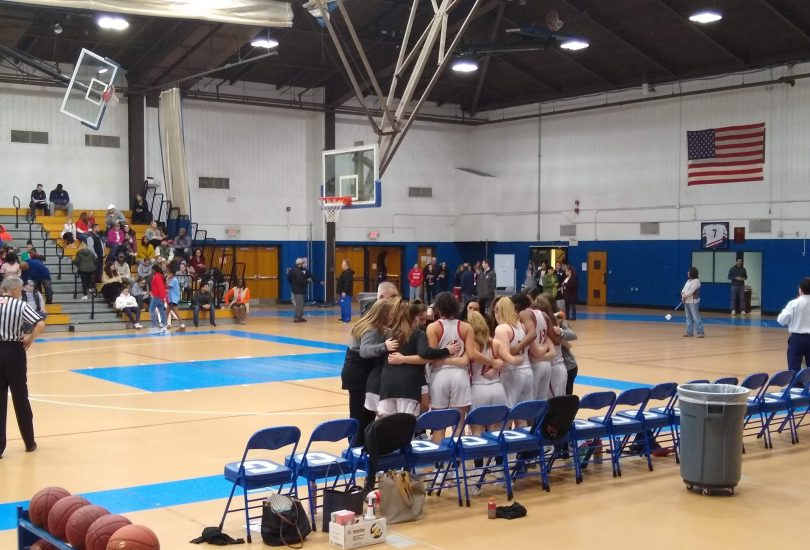 Following the loss, the Chieftains will prepare to host a first-round Class LL state tournament game in West Hartford on Monday, March 2.

Defending CCC Tournament champion and 14-seed E.O. Smith imposed its will early and often to defeat No. 10 Conard 57-28 in the semifinal round Tuesday night at Glastonbury High School.

Defense led to offense throughout the game for E.O. Smith, as the Panthers consistently jumped into passing lanes to take the Chieftains out of rhythm.

“We didn’t do the little things,” said Conard head coach Laurie Cersosimo. “They outworked us. They outplayed us, and [we] didn’t play like [we] normally do tonight. It’s unfortunate because if we did, it would have been a really good game.”

Both teams started slow offensively, as E.O. Smith held an 8-7 lead just north of the three-minute mark. Just after DiPippo’s 3-pointer made it a one-point game, the Panthers went on a 9-0 run to finish the first quarter leading 17-7.

E.O. Smith doubled its advantage, going on a 10-0 run to grab a 27-7 lead with 4:05 remaining in the second quarter. Felder made a free throw and a layup late in the period to put the Chieftains on the board again before halftime. Golembiewski scored in the paint to give the Panthers a 29-10 lead at the intermission.

E.O. Smith continued to stymie Conard’s offense and pull away in the second half. The Panthers outscored the Chieftains 16-9 in the third quarter to grab a 45-19 advantage.

The defending champs went up by 30, 55-25, with 3:29 left as they salted the game away in the fourth quarter. E.O. Smith will move on to face No. 4 East Catholic in the CCC championship game Thursday night.

Meanwhile, the Chieftains will prepare for a home first-round matchup in the Class LL state tournament on March 2. The CIAC will announce the girls basketball tournament pairings on Wednesday, and Conard will head back to practice on Thursday to get ready for its next opponent.

“Give them a day of rest and then we’re back at it on Thursday,” said Cersosimo. “Just keep working on our defense and making sure, mentally, we’re there and sticking together as a team. That’s the biggest thing going into states. You’ve gotta play as a team.”

With a 16-7 overall record, Cersosimo said the conference tournament run and the season to this point have been major successes for the Conard girls basketball program despite the margin of defeat.

“It’s obviously frustrating to lose by how much that we did, but it’s our job as coaches to try and stay positive for these kids and let them know that, no matter what, we’re really proud of where we got,” she said. “We got to the [CCC] semifinals. That’s a big deal for Conard. Second team in the history of Conard basketball to do that, and despite the score of this, we’re still really happy and excited about what we’ve done.”