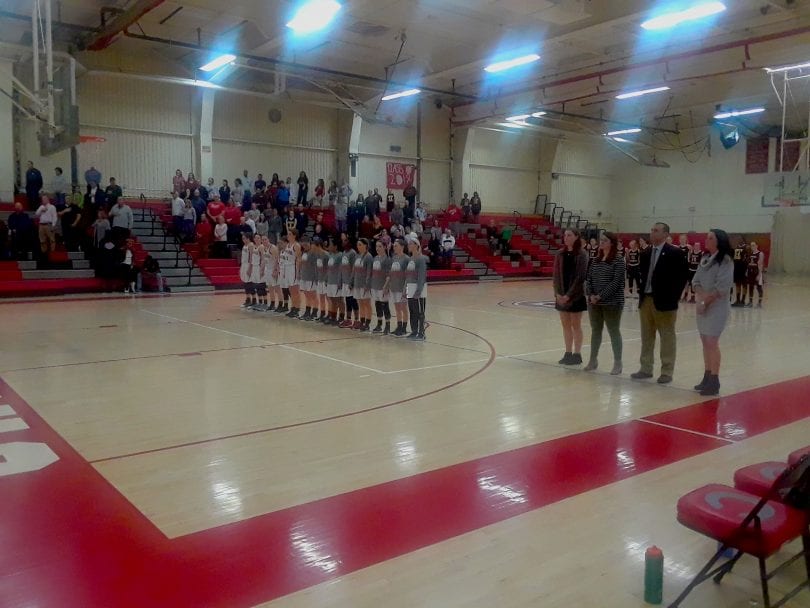 Since losing its season opener, Conard girls basketball has won nine of its last 10 games, allowing less than 50 points in all of them.

Senior Delaney Connors led the game with 20 points for Conard, but she was not immune to the Chieftains’ stagnant performance early on, scoring only six points in the first half.

Both teams went through multiple stretches of two minutes or more without scoring a single point in the first quarter, as the Chieftains led the Bobcats 16-11 at halftime.

“In the first half we came out flat,” said Connors. “We were kind of playing their game. They play a little slower tempo … so we kind of sunk down to them. And then in the third quarter, we knew we had to pick it up.”

Instead, Conard kept the game in its reach with a strong defensive effort. The 20 points allowed Friday were the second-lowest by the Chieftains this season, and only one team (E.O. Smith) has scored more than 50 against them this year.

“We’ve really locked in on the defensive end,” said Conard head coach Mike D’Angelo. “The last week, we’ve held every single team under 50 points, and that’s what we want to do because our offense translates [from] our defense. We need to get Azaiyah, Delaney, and Lena out [on] the floor running, and once we do that and the tempo picks up, we’re tough to keep up with.”

Conard went to the line for 20 attempts, only converting nine shots (45 percent) as part of its offensive struggles, but D’Angelo assured the team its shooting woes would pass.

“I told them at halftime, ‘There’s nothing strategically we need to do. Shots just weren’t falling,’” he said. “It’s a game of averages, and it averaged out in the second half. We came out with more intensity, better attitudes. We were attacking the goal, not worrying about getting calls or not. We were just putting our head down and going and it showed. That’s a lot of points in the second half, and I’m proud of them. It’s been a long week.”

With the win, the Chieftains improve to 9-2 on the season. Conard’s only loss after its season opener at E.O. Smith was Tuesday night at Southington, 39-37, before defeating Rocky Hill 51-42 on Thursday.

After a slew of pivotal match-ups, the Chieftains head into a gauntlet of back-to-back games next week – two-time defending Class S state champion Canton on Thursday and formidable crosstown rival Hall on Friday night. Both contests will be played on Conard’s home court.

“I think it’s a great start midway through the season ‘cause our second half is harder, so I think having these games behind us … that just helps us,” Connors said. “I think the nine wins, we’ve come back from that. We’ve grown as a team and as a group, so I think, going into the second half of the season, it’s just going to be better.”