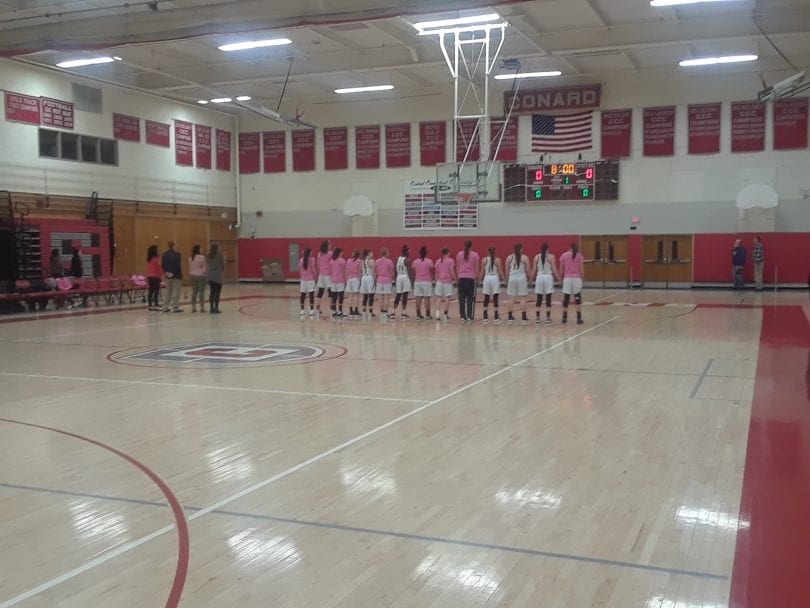 “[Bristol Eastern] is extremely gritty, and so are our kids, but it’s nice to get one back,” said Conard head coach Mike D’Angelo. “It’s been a rough couple weeks between injuries and sickness, and we’ve been playing and battling.”

Coming out of halftime down 23-20, the Chieftains went on a 9-0 run in the first half of the third quarter to take a 29-23 lead. Conard scored 17 points in the quarter to extend its lead and maintain it for the remainder of the half.

The Chieftains led by as many as 12 points after consecutive buckets by Felder early in the fourth quarter that put Conard up 41-29.

Bristol Eastern controlled the game for most of the first half, leading 15-10 at the end of the first quarter. The Lancers built a 19-12 advantage early in the second quarter before Conard began to gain momentum, shrinking the deficit to three heading into the break.

Both teams put each other into the bonus in the second and fourth quarters, but neither took advantage of the extra free throws. Bristol Central shot slightly better from the charity stripe going 9-for-17 (53 percent) as opposed to Conard’s 8-of-19 mark (42 percent).

In addition to Felder, Maggie Venora scored in double figures with 12 points for the Chieftains. Hannah Maghini led Bristol Central with 19 points, while Miranda Janick added 10 for the Lancers.

The win ends a five-game skid for the Chieftains that began on Jan. 19, when star guard Delaney Connors suffered a knee injury in a loss to crosstown rival Hall. Connors made her first in-game appearance against the Lancers since getting hurt but did not record a point.

“It’s so hard watching and not being out there, but I’m happy to be back out there and getting stronger with my knee,” said Connors. “I definitely want to be out there for Senior Night, so getting out there tonight was baby steps.”

Conard’s lineup has changed frequently according to coach Mike D’Angelo, with the team missing key players like Abigail Capone, Lena Proietti, and Venora, as well as Connors, in recent weeks, but the team’s ethos remains defense first.

“Every game’s been different, but the one thing that’s been consistent is our transition and our pressure defense, and that’s always going to stay consistent,” said D’Angelo.  “The personnel might change, but the game plan will always stay the same.”

Conard improves to 11-7 with two regular-season games left. The Chieftains will host Southington for Senior Night on Friday and travel to Hall for their season finale on Feb. 13.