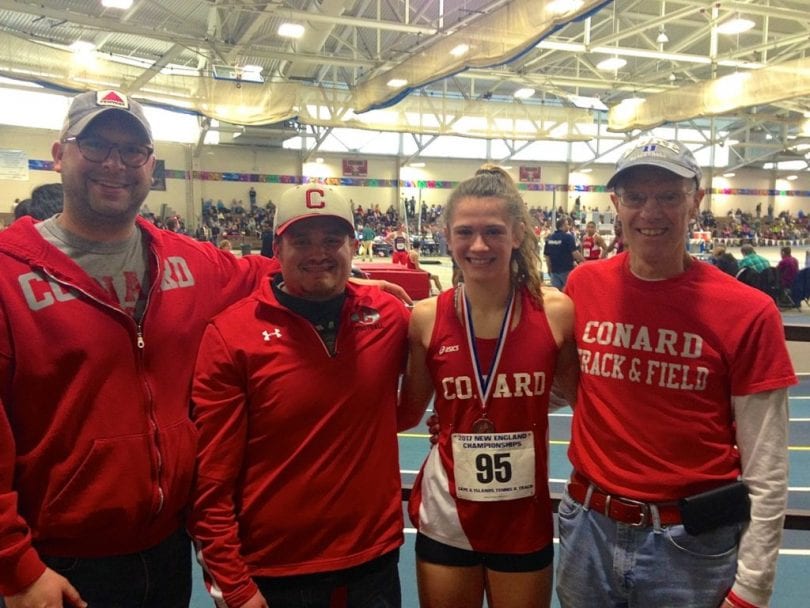 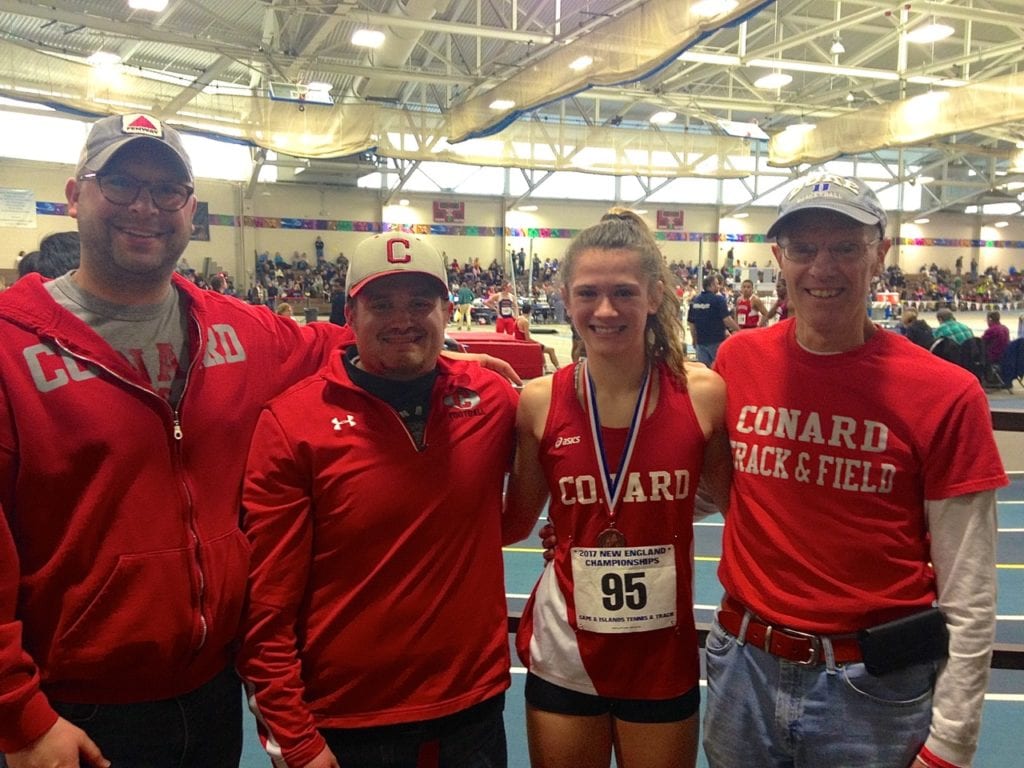 Conard junior Libby McMahon was seeded 14th when she arrived at the New England Championship meet Saturday at the Reggie Lewis Center in Boston, but exceeded her own and her coaches’ expectations and earned a spot on the medal podium.

McMahon’s time of 41.20 gave her a fifth place overall finish, a personal record, and a new Conard school record – breaking the Conard record of 41.38 she had previously set at the 2016 Yale Invitational.

McMahon, running in a tough inside lane at the State Open on Feb. 20, finished in fourth place with a time of 41.67, a time that placed her in heat five of seven at the New England Championship meet. The seventh heat featured the top five seeds.

“The drive that Libby has to compete is insatiable,” said Conard head track and field coach John Provencher. “When I saw her PR time from the third fastest heat, and that it beat everyone in the second fastest heat, we knew she had earned sixth place at the least. To watch the fast heat and see her time beat the fifth runner was beyond satisfying!” he said.

“It’s why you compete,” Provencher said of finishing fifth when seeded 14th.

Earlier this year McMahon also broke the Conard record in the girls 600m, running a 1:40.74 to win the event at the SCC Coaches Invitational at the Floyd Little Athletic Center in New Haven, on Saturday, Jan. 21.

West Hartford was represented by several other runners at Saturday’s New England Championships.

The Hall boys 4×800 relay team of Cole Canarie, Miller Anderson, Muhammad Ali, and Patrick Cassidy had qualified for the New England Championships with a fourth place finish at the State Open in a time of 8:16.41.

Hall’s relay team blew that time away at the New England meet, finishing just off the podium in seventh place but with a time of 8:02.61.

There was another medal awarded to a West Hartford runner on Saturday. Asa Guest, a Newington resident who attends Northwest Catholic in West Hartford, finished fourth in the boys 55m high hurdles in a time of 7.76.

Guest reached the New England Championships with a first-place finish at the State Open on Feb. 20. His 7.66 finish that day was the fastest by a Connecticut athlete this year and also broke the all-time school record at Northwest Catholic High School. 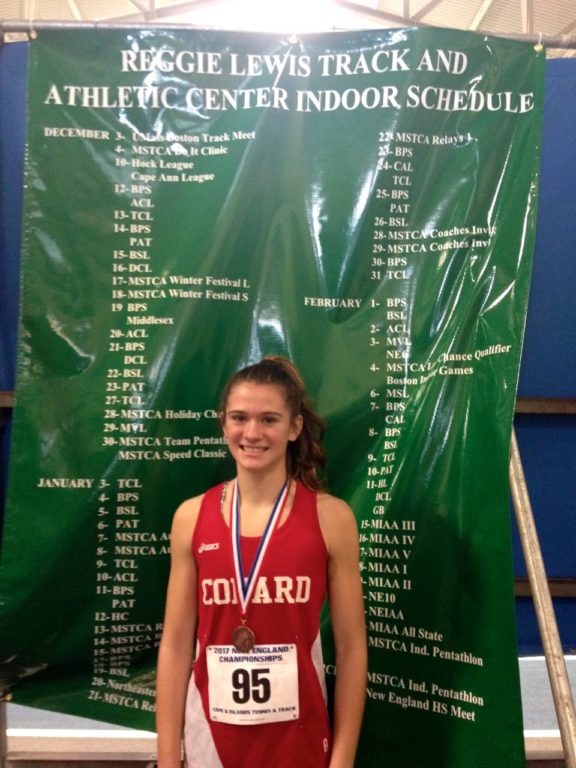 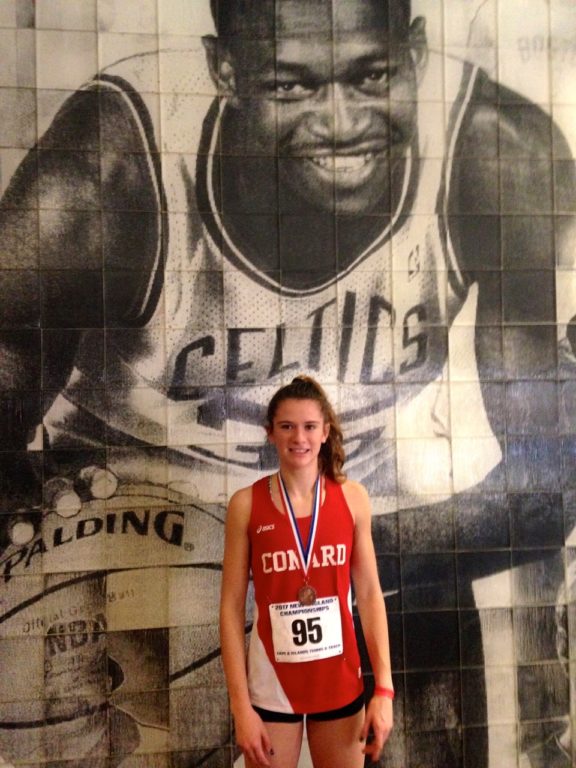 Libby McMahon in front of a mural of the arena’s namesake – Reggie Lewis. Photo courtesy of Christine McMahon 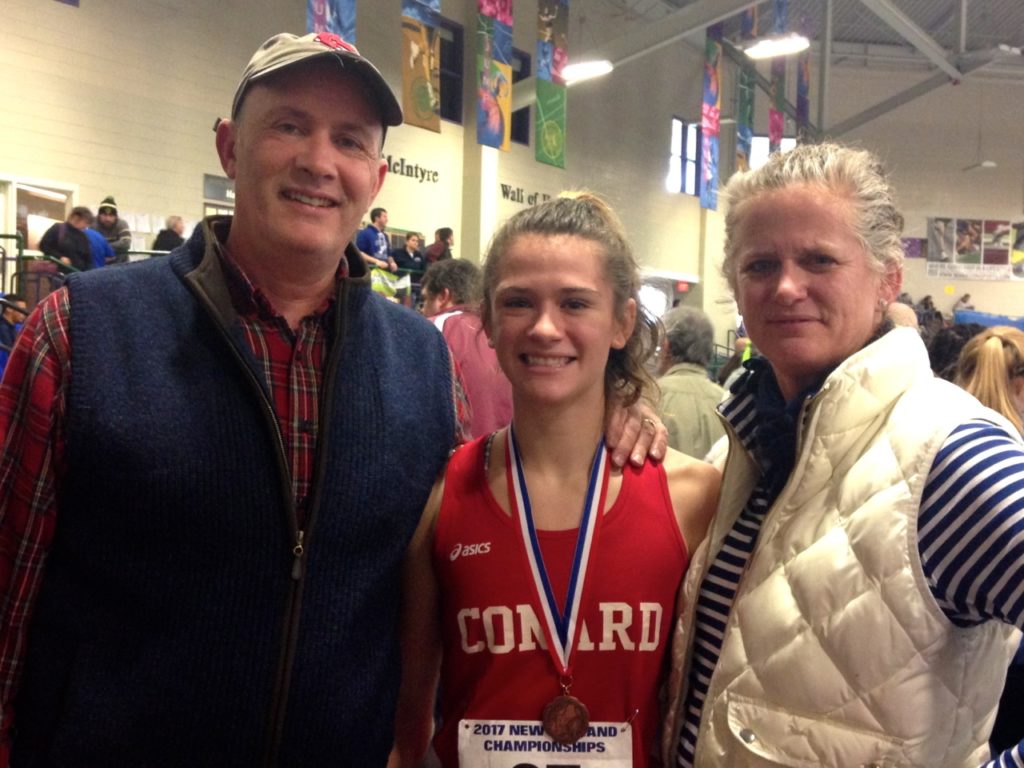 Libby McMahon with her parents Brian and Christine. Photo courtesy of Christine McMahon 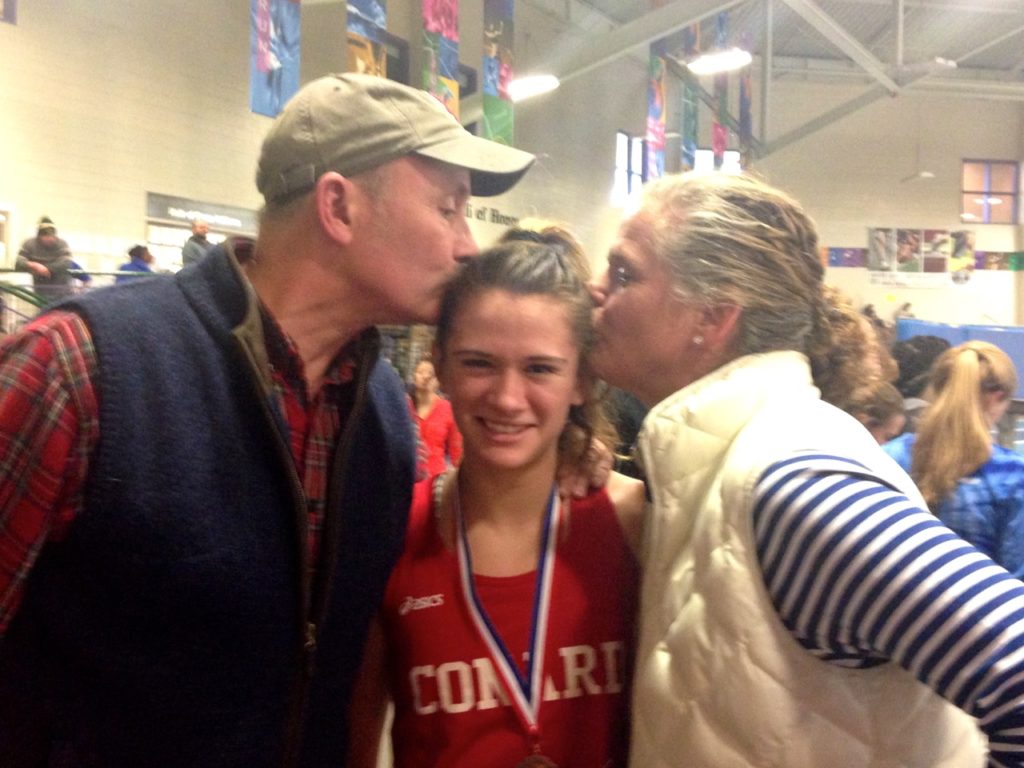 Libby McMahon’s parents embarrass her with a kiss after the race. Photo courtesy of Christine McMahon