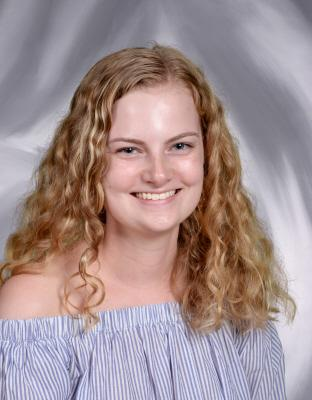 The national honor is awarded annually to one student in every state who has maintained a strong record of volunteerism, demonstrates school and community activism, and helps implement creative solutions to recognized problems. Each honoree will be flown to New Orleans to participate in the Museum’s American Spirit Awards program taking place June 11-12.

The leadership award, which the Museum first presented in 2017, was created in honor of Billy Michal, who was a child living in Louisiana during World War II. At only 6 years old, Michal helped his one-room school win a statewide scrap metal-collection contest during the war, proving that every citizen could contribute to victory. Michal’s achievement demonstrated the positive impact the American spirit could have on the Home Front war efforts, and he continues to inspire students across America today.

“It’s extremely gratifying to recognize students throughout the nation for the wonderful contributions they make to their local communities,” said Stephen J. Watson, President & CEO at The National WWII Museum. “During World War II, our country needed everyone to come together for a common goal of securing freedom and democracy around the world. Much like Billy Michal’s contribution over 75 years ago, our student honorees prove that their positive actions, no matter how big or small, can make a difference in their communities. We are proud to honor their accomplishments.”

Lindsay is currently a senior at Conard High School. During her sophomore year, recognizing a lack of a space for students to collaborate and support each other while competing in National History day, a nationwide history competition that challenges students to create a project that is based on an annual theme, she founded the Conard History Day Club.

As the president, she worked to create an organization where students could come together and discuss research strategies, brainstorm, peer edit, and build meaningful projects. Under her leadership, the club has won many awards at the district, state, and even national level.

A competitor herself, Lindsay has attended the National Contest three times, placing within the top 20 in the category twice and winning a scholarship to the University of Maryland for her performance entitled, “Turning a Tragedy into a Triumph: Dolley Madison, the War of 1812, and the Creation of a National Identity.” She will be attending Maryland in the fall as a history major in the College Park Scholars program.

Proceeds from the American Spirit Awards will support educational programming at The National WWII Museum, including the ongoing development of classroom materials and professional development opportunities for teachers in schools across the country, as well as online experiences that bring the Museum and its resources to students around the world.

The National WWII Museum tells the story of the American experience in the war that changed the world – why it was fought, how it was won, and what it means today – so that future generations will know the price of freedom and be inspired by what they learn. Dedicated in 2000 as The National D-Day Museum and now designated by Congress as America’s National WWII Museum, it celebrates the American spirit, the teamwork, optimism, courage and sacrifices of the men and women who fought on the battlefront and served on the Home Front. For more information, call 877-813-3329 or 504-528-1944 or visit nationalww2museum.org.