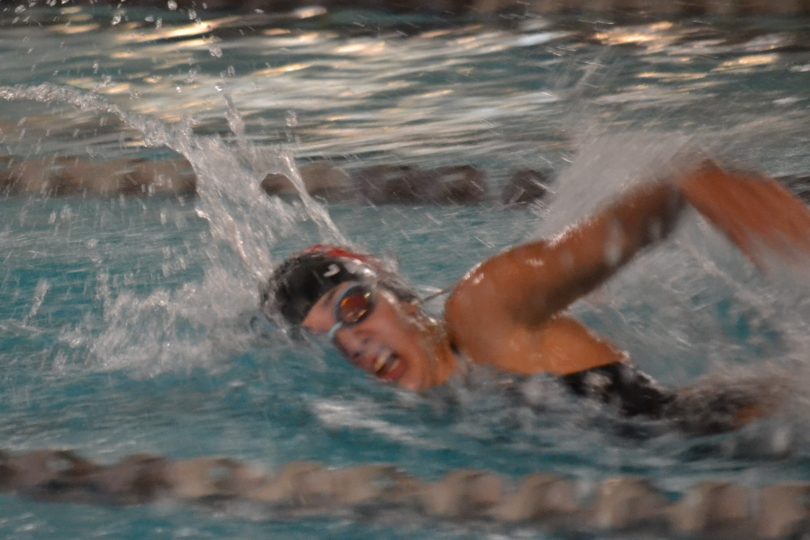 The Red Wolves have run their record to 4-0 in dual meets. 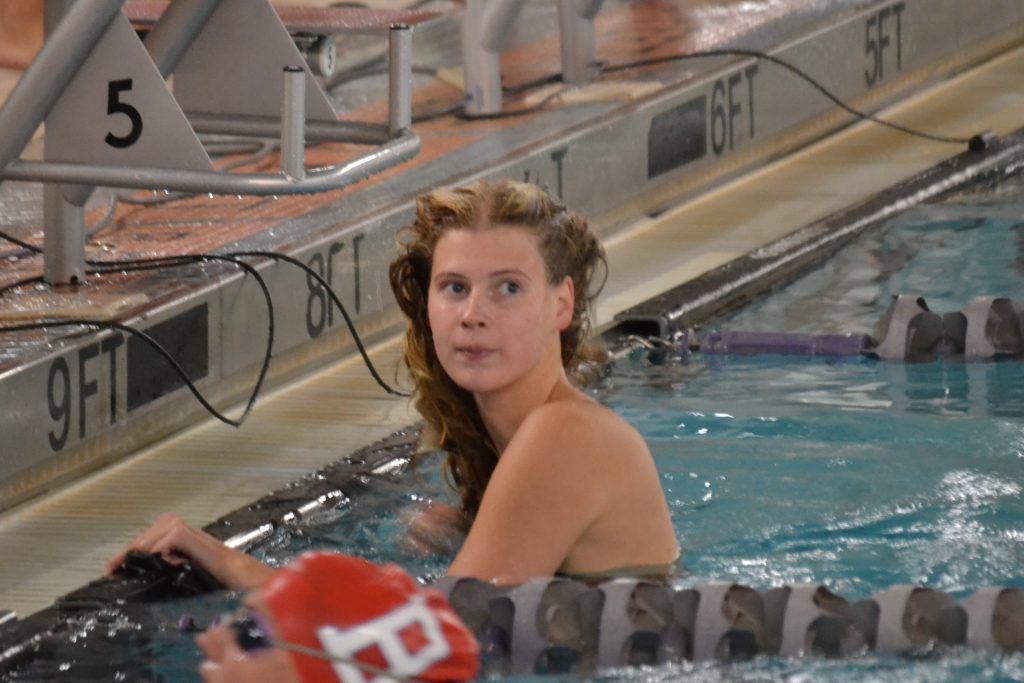 Conard swimmers had the fastest times in every individual event and relay, and the Red Wolves divers went 1-2-3 to lead the team to a 93-81 win in a CCC matchup at Cornerstone Aquatics Center in West Hartford on Monday. Conard is now 4-0 on the season in head-to-head meets.

In the opening relay, the combination of Aspen Rosner, Liv Sherry, Tess Sherry, and Claire Dombrofski went 1:57:43 to lead a 1-2 finish for the hosts. The same four also had the fastest time in the water in the 200-freestyle relay. 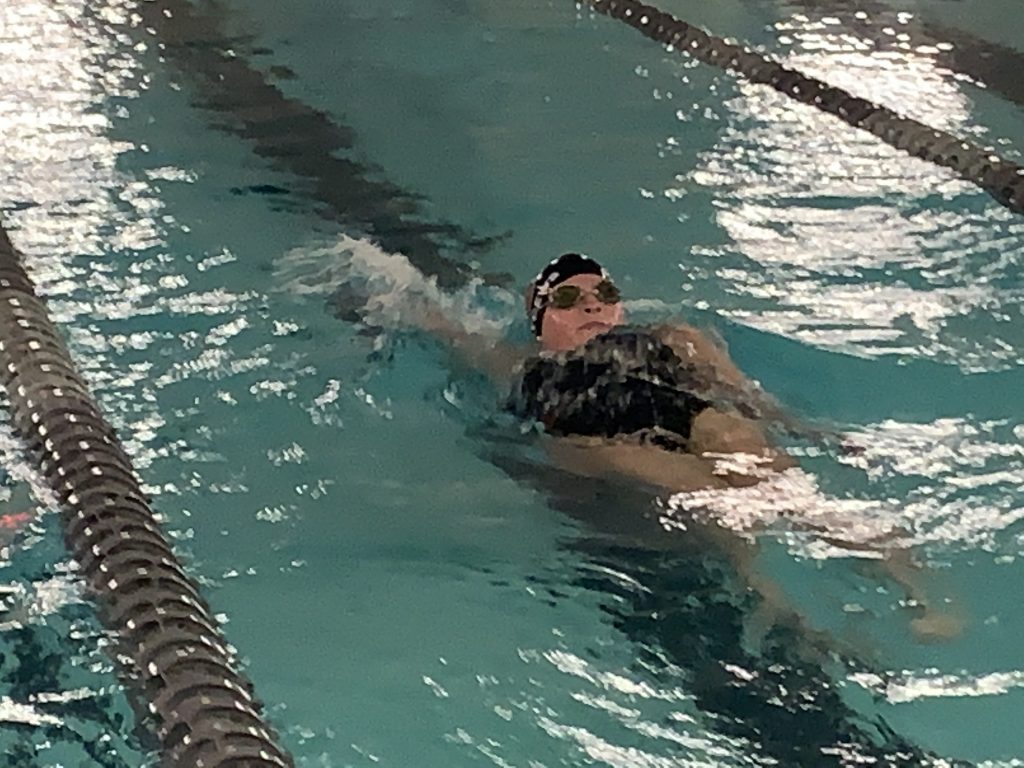 Conard also got multiple firsts from Jane Harhay (200 and 500 freestyle), Liv Sherry (100 freestyle and 100 breaststroke). The demonstration of depth allowed Conard to rack up points not only by winning events, but by taking second and third in a majority of the events.

“We have a strong freshman class,” said longtime head coach John Smachetti of his team. “That helps us fill second and third place finishes and gives us depth.”

In the 50 free, it was freshman Claire Haverly rounding out the sweep behind Rosner and Dombrowski. First year members Rosie Alonzo, Ella Hall, and Cecilia Peck also had strong swims. 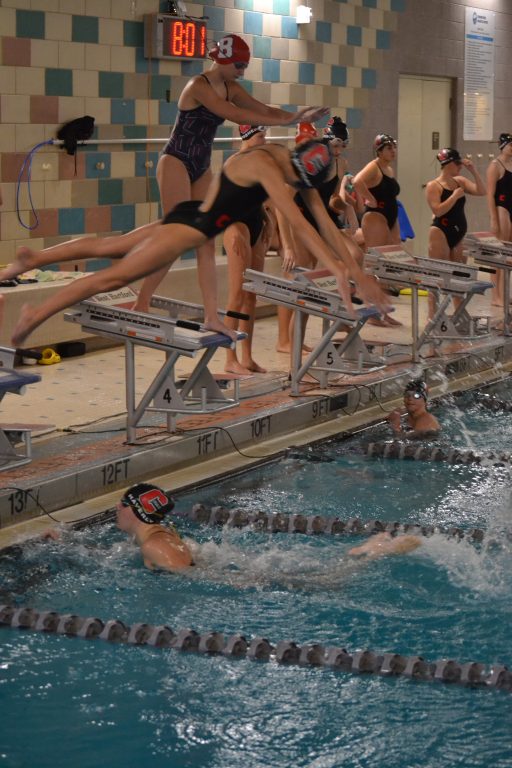 Conard also features some strong seniors in addition to Rosner and Dombrofski, Sophia Pincince was third fastest in the 200 freestyle and Ella Switzer has already nailed down state qualifying times. “We have good leadership with our captains and some of the freshmen are training in the same lanes as seniors and that speeds up their confidence,” Smachetti said.

One of the area’s most dominant female divers is also part of a strong group for Conard. Ali Colburn – another senior – has already smashed her own school points record for a meet and on Monday she easily won off the board with a total of 267.60 points. “She works as hard as anybody,” said Smachetti of his senior. “She dives year-round and is not afraid to try higher degree of difficulty dives.” 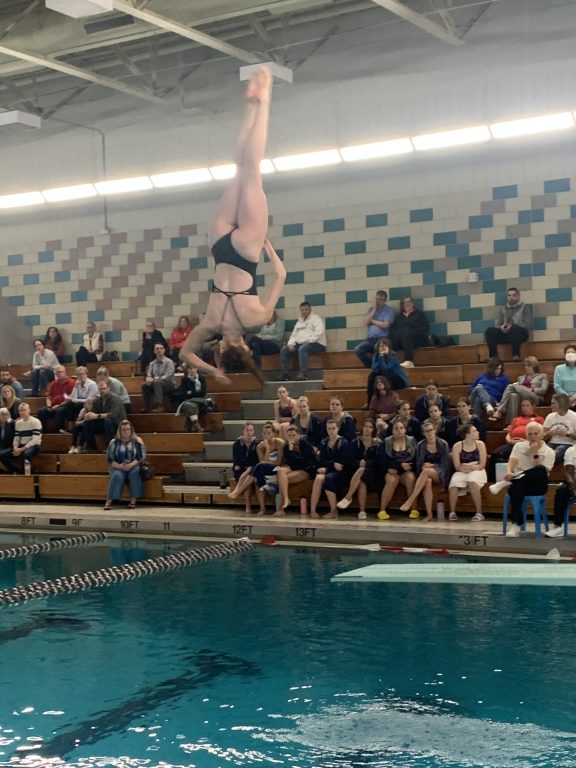 Conard now heads into the teeth of its schedule with away meets at Farmington and Southington next week. After swimming against Newington, there will be a tri-meet with Hall and Glastonbury and then the regular season finale in the hometown showdown with the Titans from Hall.

Smachetti likes what he has seen so far but knows there are some tough meets ahead. “At the beginning of the year, I thought we could contend for the CCC title,” he said. “Right now, we are working hard on teaching the younger swimmers to race on short rest because that’s what the high school season is about.”